Corporatism Is Killing Civil Society As We Are Distracted

Corporatism Is Killing Civil Society As We Are Distracted

Corporatism, the merger of government and business for phony “profits” is invading every part of civil society and threatens its very existence. We must resist!

Corruption has seeped deep into every major institution today. It is part ideological, but mostly of the grifting nature, as corporatism has become S.O.P. of what we thought was civil society. Things are falling apart. More precisely, they’re being smashed apart by those who want to radically transition to something else. The ideologues, forever seeking to create new utopian cities where they’re finally put in charge are, of course, the tip of the spear. The throwers of the spears, though, are the corporatists who see government as but the enabler of their civil society takeover and the source of the largesse they hope to steal from the vast middle class. Corporatism is our principal enemy. 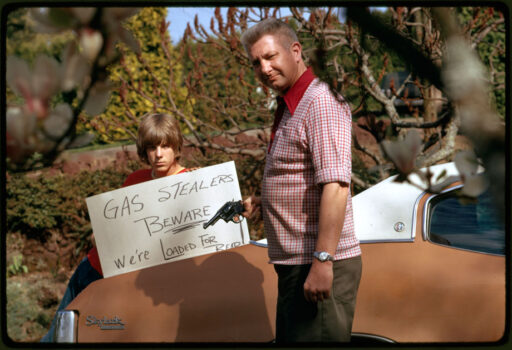 I start most days finding or writing material to post here; articles that explain what’s going on with energy and how it affects our world. This morning, as I was beginning my quick review of what’s happening out there, I came across this post at one of my favorite websites. It including the following and very interesting excerpt from a Business Insider piece, regarding some predictions from Fatih Birol of the IEA:

The US could see fuel shortages this summer once people start taking their vacations — and Europe could take a particular hit from the lack of supply, the head of the International Energy Agency has warned.

“When the main holiday season starts in Europe and the US, fuel demand will rise,” Fatih Birol told Der Spiegel. “Then we could see shortages — for example, in diesel, petrol or kerosene, particularly in Europe.”

Birol also told the German newspaper that the energy crisis now underway will be more severe and longer-lasting than the oil price shocks of the 1970s, given it’s applying pressure on three fronts.

“Back then it was just about oil,” he said in the interview published Tuesday. “Now we have an oil crisis, a gas crisis and an electricity crisis simultaneously.”

Oil prices spiked in 1973 and 1979 as the Yom Kippur War and the Iranian Revolution interrupted Middle Eastern crude exports. Geopolitical events have hit the market again in 2022, as western nations impose sanctions on Russia over its invasion of Ukraine.

Because I have followed the IEA machinations fairly closely over the years, I wanted to read more. Unfortunately, the links to the quoted material don’t work and go someplace else entirely. So, I decided to just visit the Business Insider page and try to find the story there. When I did so, though, I could find no such story and I have no idea why. What I did find in my search of that site was another IEA story from November, 2019 that explains so much about corporatism and the threat it imposes:

Fatih Birol, the head of the International Energy Agency (IEA), faced renewed pressure on Monday to overhaul the organization’s influential projections for fossil fuel demand from investors and scientists concerned about climate change.

Pension funds, insurers and large companies were among 65 signatories of a joint letter to Birol, seen by Reuters, urging him to do more to support the implementation of the 2015 Paris Agreement to avert catastrophic global warming.

“The year 2020 marks a turning point for the world — the year when we either grasp the challenges and opportunities before us, or continue delaying and obstructing the low-carbon transformation,” the letter said.

The letter represented the first coordinated response by investors, scientists and campaigners pushing Birol to rethink the Paris-based organization’s flagship annual outlook since the latest edition was launched on Nov. 13.

Known as the World Energy Outlook, the document, which runs to hundreds of pages, helps shape expectations in financial markets over how quickly the world could transition from a fossil fuel-dominated energy system to cleaner sources of power.

Since the start of this year, various networks of institutional investors, asset owners, scientists and climate advocacy groups have been urging Birol to change the way the report is produced and presented.

These critics argue that a revised approach could help unlock faster investment in renewables and better identify possible risks to the value of oil, gas and coal companies posed by the prospect of rapid action to cut greenhouse gas emissions.

The IEA made several changes to the last edition of the outlook, including providing what officials describe as a more “stringent” scenario showing how the world could fully achieve the goals of the Paris agreement than in the previous edition.

Notice how the story works in the words “scientists” and “campaigners” as cover for what was really taking place as investors and “asset owners” deliberately pushed the IEA into changing the facts to tell an entirely different story than the one he was telling just eight months earlier in March, 2019, when he said, referring to  2018, that “Last year can also be considered another golden year for gas, which accounted for almost half the growth in global energy demand.” The “Golden Age of Gas” phrase came from a 2013 IEA report extolling what the shale revolution had done and promised for energy. What happened between March and November of 2019 to change things? Investors decided there was better money to be made selling green eggs and scam to the ratepayers and taxpayers. This is corporatism. It’s shameful and it led the west to make incredibly stupid decisions that have led to the latest warning of fuel shortages.

We saw the UK, with astounding, perhaps even unmatched, shale resources turn its back on fracking. The incompetent boob who occupies the white House signed a paper thrust in front of him in his first few hours there to kill the Keystone Pipeline. Vladimir Putin was given a waiver to make it easier to build the Nord Stream 2 Pipeline. Climate change, which is only a crisis in the minds of those expecting to extract money or power from the cause, has been employed as an excuse to restrict oil and gas development at every opportunity and advance green energy grifting. It’s corporatism all the way, baby!

And, the corporatists now in charge, in temporary alliance with the socialists, are using climate change hype, COVID hype, gun control hype and whatever other hype they can gin up to achieve the Great Reset. It is a “transition,” as they are prone to say using Soviet style sloganeering such as “Build Back Better.” They expect it will finally, at long last, put the current set of wannabe Plato’s Guardians—our modern day elites so typified by the World Economic Forum—in charge and the rest of us under their thumbs.

Corporatism of this sort, in fact, has made great strides in the last couple of years. But, things are unlikely to end well for either the elites, the grifters or ideologues. Anyone who has read any of The Red Wheel, Solzhenitsyn’s epic story of the Russian revolution, understands this. All three groups ultimately become victims of what they wrought. The elites and grifters are the first to fall and later the ideologues end up in the same place as the thugs take over . No Stalin wants a Trotsky around. That’s because thugs are the only people willing to use the force necessary to make the system work in any respect at all. The grifters may return in a some form (e.g., today’s Russian and Ukrainian oligarchs) as society slowly evolves into a criminal enterprise such as Russia and China are today.

Will the U.S. descend into this hell? It certainly could. We have a thoroughly corrupt deep state, a White House with a puppet at the head and no accountability to the electorate and corporatism everywhere we look with everyone simply scheming to get their piece off the pie from the government. The elites are using inflation to as a reason to clamp down on wages that advanced the position of the middle class for the first time in decades under Trump. Klaus Schwab is talking dreamily of remaking the world in his image. Social media titans have all but taken over the public square and ruled out free speech there. Government is requiring we inject experimental substances into our bodies, freezing bank accounts of those challenge it and trying to take away any right of self-defense. Disney, of all enterprises, appears to have become a purveyor of evil. Elections have been stolen.

There will be a revolution against all this. The only question is what type of revolution. Will it be a quiet revolution via the votes of the silent majority who rejects all the corruption and corporatism and restores accountability and the rule of law? Or, will it be something else, something terrible? My own view is that we have one last opportunity to correct our course and I’m hopeful we will. The IEA story related above tells us a whole lot has gone wrong but most of it since 2019 or so and that means we can still correct our course, if we have the will to do so. We must. Don’t be distracted!