Dear Mr. Dinniman; You’re Full of It When It Comes to Pipeline Safety

Back in November and March I wrote two letters to Senator Dinniman challenging his demagoguery on the subject of pipeline safety. They were, of course, to no avail as Dinniman is on a political pandering mission and continues to attack pipelines. The pipeline safety record, however, is excellent compared to other modes of transportation, as any review of the facts will quickly reveal.

I live in Upper Uwchlan Township in Chester County, Pennsylvania.  My 2-acre property has right-of-ways for Buckeye, Enterprise and Sunoco (both Mariner East 1 and Mariner East 2) pipelines. Here are the points I made in my two letters to Dinniman.

Since it seems our American culture and industry has been hijacked by unfettered activism and political showmanship, it’s no surprise that the assertions you make in your various letters and communication are false.  In fact, you rarely cite precise examples of anything, and simply feed your minuscule activist constituency with political soundbites and rhetoric to get them worked up.  For example, you recently posted a tweet stating “…Sunoco and ETP have an abysmal track record when it comes to public safety…”

Why don’t you elaborate, Mr. Dinniman?  What is that record, exactly?

Since you don’t seem to have any facts and choose to simply perpetuate the new social-justice attacks on the energy industry, please allow me to share a few facts, ideas and comments which might deserve some rational consideration by a State Senator and community leader.

First, you represent a very small minority of folks who believe that pipelines are dangerous and should be barred from operating entirely. What a reckless proposition supported by zero evidence. You and your peers campaign with dumb slogans about “making the pipeline companies pay.”

Consider the millions of barrels of products that have been transported through the local Buckeye, Enterprise and Sunoco pipelines….many over 100 years old. These pipelines were built on rural farm land and existed long before you and me were even born. They represent parts of our vast American energy infrastructure.

So, before you go off half-cocked attacking good companies and hard-working citizens while forming activist politician partnerships, you should consider some of the additional factors below. You should also be responsibly and professionally representing all of your constituency, including the businesses and pipeline companies given the opportunity to work in our state.

How many people have been killed in Chester County or Pennsylvania as a result of Sunoco pipeline failures? What about the Buckeye and Enterprise pipelines? You pick the timeline… 20 years, 50 years, 100 years? Have you lobbied for the shutdown of PECO and other utility gas providers throughout the state “to keep the children safe” as you say?

Your assertions about pipeline safety are baseless and simply demagogic attacks on the energy industry. I wonder what motivates you to arrive at such ridiculous conclusions? As I’ve had this email in draft for quite some time, since I wanted to give it thoughtful consideration, there have been a few other notable household gas explosions. In the past few months an entire Massachusetts town was destroyed as a result of faulty public utility gas distribution systems.

In fact, to cite every explosion in this country related to public utility gas distribution would require encyclopedias of footnotes and references. On the other hand, notable examples of death and destruction related to national pipeline infrastructure are minuscule, however unfortunate.  Check it out at your convenience.

Precisely what experience do you have to evaluate and levy opinions on the competency and records of companies such as Sunoco? I venture to say you have no experience, schooling, training, vocational or any knowledge whatsoever from which to garner the crazy assertions you propagate through your protester and media-friendly groups…such as The Daily Local News.

The energy industry as a whole operates very complex systems, refineries, pipelines and technology which are standards-based and adopted with the strictest safety considerations of any industry in the world. The systems and materials meet uncompromising standards. The people doing the work are trained to uncompromising standards. The tools of the trade are most advanced in the world. But, Senator Dinniman doesn’t approve of the work they do.  Amazing.

I suppose all the endless amounts of permits and procedures companies like Sunoco are regulated by…and the folks responsible for all that important regulatory framework…also don’t have a clue, according to Senator Dinniman.  What an insult…lodged by a politician.  The energy industry has been absent the input of Senator Dinniman for centuries….how unfortunate.  But, now, Senator Dinniman is going to disrupt a business who was granted specific regulatory approval to build the subject project. 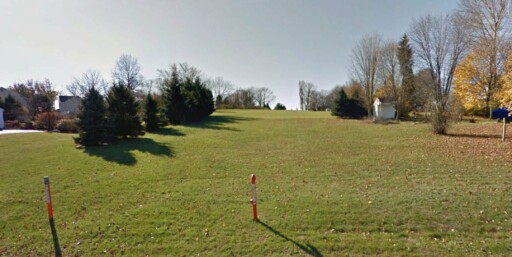 The other side of the street…

Finally, I would like to point out that your pipeline activism has other consequences. The men and women employed to build the pipeline have their livelihoods disrupted. The communities and businesses that rely on the business of the pipeline projects are impacted.  People like me who are investors in the energy industry are adversely impacted.  Your irresponsible activities certainly affect my direct and substantial investment in Energy Transfer.

But, this has no bearing or consideration by Senator Dinniman and his tiny faction of noise makers. Even my own township, who I otherwise hold in quite high regard for their management and professionalism, tout their “signing on to Senator Dinniman’s cause.”  Disturbing.

Nobody wants shoddy work or public infrastructure that is unsafe or kills people.  And people make mistakes.  And sometimes complex mechanical systems like directional boring don’t go precisely as planned.  But, in the end, they are operating to a high set of standards and correcting their errors.

As for my experience with Sunoco, Enterprise and Buckeye, I have never experienced anything but professional and responsible interactions with them.  And as it relates directly to public safety, pipelines are public-private infrastructure, and there’s a specific responsibility on our numerous government and community leaders to work alongside these projects from the beginning to establish procedures and educate the public.  It’s unacceptable and irresponsible for those entities to attack the project, while failing to have considered these things when the project was being planned and permitted.

I hope, for the sake of due-process and all those affected by your efforts to attack the energy industry, that Energy Transfer prevails in its construction of the approved pipeline systems permitted by the federal and respective state governments.  Their multi-billion-dollar project was lawfully permitted and should absolutely be able to safely come on line.

Let me also share a couple more examples of actual death and destruction resulting from the transportation of fuel products on our public roads. Check out recent examples here and here of gasoline tankers that have exploded, for instance.  While I don’t really have a dog in this hunt (I’m just a pipeline landowner with positive view and experience with all three pipeline companies and a long-term investor in Energy Transfer and other energy companies), I do empathize with all the people who work and support that industry and will eventually improve Marcus Hook, hopefully bringing some prosperity back to those people.  I get the feeling you don’t share my sentiments, though.