Delaware Riverkeeper Demagoguery Is the Real Danger to Us All

The Delaware Riverkeeper Network, funded by wealthy members of the gentry class, is a regular dispenser of what can only be described as pure demagoguery.

The world is facing a true energy crisis right now. Gasoline, diesel and natural gas prices are all at record levels making energy affordable for far too many Americans, Fuel shortages and rolling blackouts are on the horizon in a multitude of regions. Europe is trapped by its own foolish obstinance and political correctness as Russia puts it in a bind using its own rope.

Only our LNG is capable of replacing what arrogant Europeans supposed they were too good and too pure to produce on their own. They are now victims of the World Economic Forum corporatist class that successfully sold them on the need to scrap fossil fuels, nuclear, et all to pursue energy solutions that were no solutions at all but, rather, just opportunities for green grifting. So, what is the Delaware Riverkeeper doing? Why, demagoguing, against LNG production here, of course. 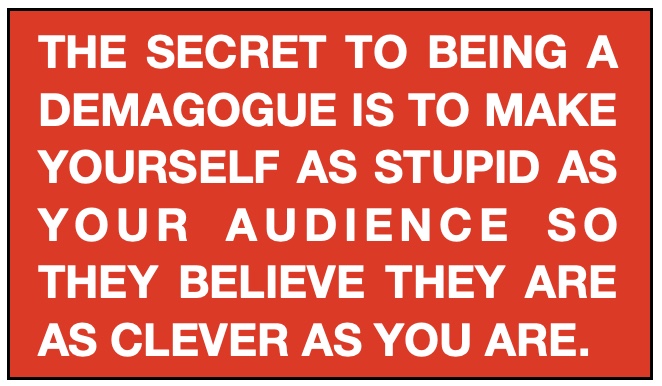 The Delaware Riverkeeper, or Delaware PovertyKeeper as I prefer to refer the group, is opposing LNG development and distribution that the world needs right now. Why? Because that’s what its funders, Bruce Wallace and the Haas family, members of Philadelphia’s gentry class apparently pay the Delaware Riverkeeper to do; fight all natural gas development so important to Northeastern Pennsylvania, the U.S., Europe and other continents. It just circulated this ridiculous suggested sign-on letter to sympathetic public officials, in fact, (emphasis added):

Re: PHMSA Special Permit DOT-SP 20534 for LNG Transport by Rail Car through Pennsylvania and NJ

We, the undersigned elected officials in the Philadelphia region, urge you and the Pipeline and Hazardous Materials Safety Administration (PHMSA) to disallow the transport of Liquefied Natural Gas (LNG) by rail through this region.

The undersigned officials urge PHMSA to deny the application filed by Energy Transport Solutions (ETS) to renew Special Permit DOT-SP 20534 (the “Special Permit”).  This permit allows rail tank cars that have not been proven safe for the transport of LNG, a hazardous, flammable, and potentially explosive cargo. The LNG trains would cut through the City of Philadelphia and the region, exposing our most burdened communities, people of color and low income, to the greatest risk along the rail route these trains would travel every day. The transport also threatens the Delaware River and our entire city with catastrophic danger.

The Special Permit authorizes the first and only use in the nation of DOT 113C120W tank cars for LNG transport. The rail cars were designed 50 years ago and not intended for the transportation of LNG, but for other cryogenic materials. They are being repurposed to carry LNG in this Special Permit, which would bring up to two 100-car unit trains through Philadelphia every day to the proposed Gibbstown NJ LNG Export Terminal on the Delaware River.

Public interest in Philadelphia and the surrounding region in the Special Permit is broad, diverse, and robust, as demonstrated by opposition to the Special Permit in the letters, petitions, municipal and organizational resolutions, a community video  and other expressions of regional, local, frontline and community opposition  submitted to PHMSA and the Biden Administration over the past year. Elected officials from the Greater Philadelphia Region submitted a letter opposing the LNG project and its transportation to the interstate agency that was considering the Gibbstown Export Terminal in 2020.  Comments submitted to PHMSA during the public comment process for the Special Permit in 2019 presented substantial concerns regarding public safety and technical deficiencies from many quarters.  This is an immensely controversial project.

If the permit is going to be considered by PHMSA, it should be as a new application, which requires a public comment opportunity, not a renewal. The public should be afforded the opportunity to review the application and a draft permit, and to comment. Communities who will be impacted need to be able to participate in a just and open decision making process at PHMSA.

According to the Department of Transportation and PHMSA themselves, the transportation of LNG by rail endangers communities and accelerates the climate crisis. PHMSA specifically identified “potential direct and indirect GHG emissions associated with authorizing LNG by rail tank car and the adequacy of emergency planning and response resources” as areas in need of further study in a proposed federal rulemaking.  PHMSA is proposing to suspend the Trump-era regulation allowing bulk transportation of liquefied natural gas (LNG) by rail anywhere in the nation based on concerns for community and environmental risks.

Furthermore, in the Trump-era rule that in 2020 authorized LNG transportation by rail nationwide, PHMSA included specifications based on public comments received by the agency concerning safety. One was the new requirement for a thicker steel outer tank.  The Special Permit to ETS for the Philadelphia trains does not require an extra-strong outer tank allowing substandard rail tank cars to be utilized – cars that were considered and rejected by PHMSA in the subsequent federal rulemaking.

The same Biden Administration policies that have led to the proposed rulemaking to suspend the Trump Administration LNG by rail rule that lifted the longstanding ban on LNG, should apply to Special Permit DOT-SP 20534. All communities must be equally protected; we are not a sacrifice zone for special interests to exploit.

Thank you for your attention to this important matter.

This letter shows precisely how the special interests of a very few wealthy people are advanced. They sock money away into private tax-exempt non-profits that are supposed to be entirely charitable with no politics involved whatsoever. They get around this rule by donating money to other public tax-exempt non-profits who are allowed to do some politics, but abuse the rule to do virtually nothing but politics.

That is to say groups such as the Delaware Riverkeeper, which puts itself out to hire as an opponent of whatever its funders oppose. That includes a bridge Bruce Wallace apparently doesn’t want rebuilt and natural gas development that will interfere with the plans of the William Penn Foundation, the Open Space Institute and or Heinz Endowments to ‘parkify’ vast areas of the rural Northeast. It also includes the enhancements of investments made by the principals of some of these groups in China and in green energy scams.

The sign-on letter above is how the Delaware Riverkeeper does its work—its lobbying—by feeding political supporters the words to use in advancing its own special interest agenda, carefully disguising it as if motivated by safety when, in fact its all about simply stopping every bit of natural gas development. It suggests LNG by train is unsafe without telling anyone the same collaborators have also fought pipelines, ports and everything else having anything whatsoever to do with natural gas.

The Delaware Riverkeeper, in other words, is engaging in the purest form of demagoguery there is; appealing to higher instincts while engaging in the lowest of tactics. That these LNG movements are important to Bradford County, to Philadelphia and Europe is of no consequence to the organization or its funders. That you and I and others like us might want air conditioning this summer and heat this winter is no worry. That places such as Boston and New York City, whose leaders have also fought natural gas and have, like Europe, boxed themselves into the same corner is of no relevance to the Delaware Riverkeeper. Crisis is their friend, something to be created and not allowed to go to waste. The Delaware Riverkeeper is demagogue central. There is no climate crisis, only a crisis in credibility.