[Editor’s Note: The Delaware Riverkeeper and WHYY are angry with their DRBC sister entity (all funded by the same sugar daddy) for extending a permit to build a LNG dock in NJ.]

Quick…grab the paddles! The patient is still alive and needs to be shocked and revived! The patient we’re talking about is New Fortress Energy’s (NFE) Repauno Port and Rail Terminal on the shoreline of the Delaware River in Gibbstown, N.J. We thought the project to build a new dock for cargo ships to load and export LNG from the facility was pretty much dead after NFE withdrew a request to build an onshore LNG liquefaction plant in Wyalusing, PA, earlier this year–a plant that would have fed the export operation on the Delaware River (see NFE Caves to Radicals, “Pulls the Plug” on Wyalusing, PA LNG Plant).

However, in a surprise move, the Delaware River Basin Commission (DRBC) voted last Thursday to extend a permit to build the special LNG export dock by an extra three years. THE Delaware Riverkeeper is NOT happy… 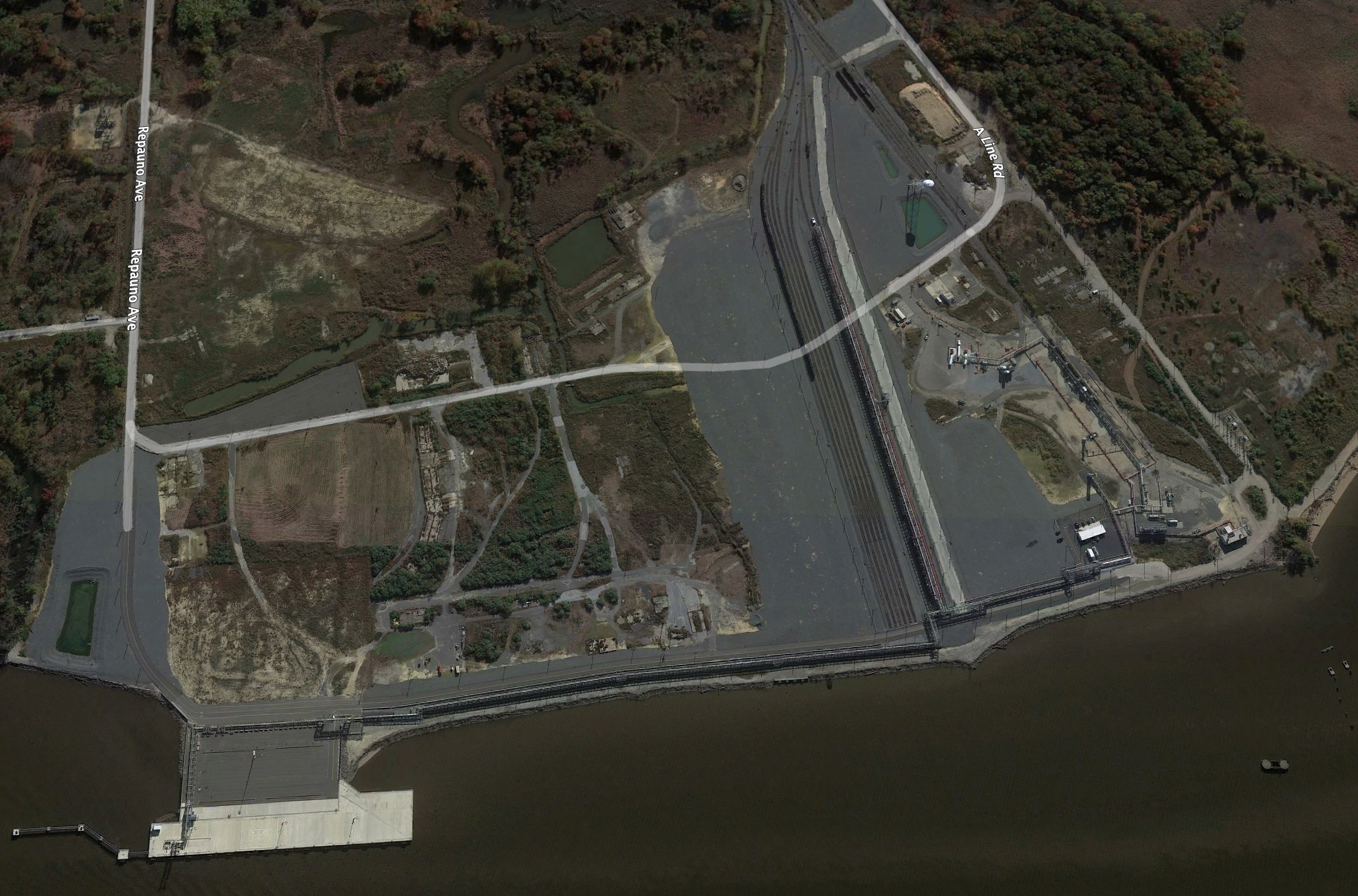 NFE planned to liquefy LNG in Wyalusing (Bradford County) in northeastern PA and ship it via rail and truck to the Gibbstown facility. Without the Wyalusing liquefaction facility, there’s no need for an LNG export facility, right? NFE had planned to build a new dock at the Gibbstown location, an old DuPont dynamite factory site in New Jersey, on the banks of the Delaware River, to load LNG cargo ships. The plan to build the export dock has been blocked (so far) by radical environmental groups, including Riverkeeper (see Trenton, NJ Fooled into Voting Against LNG Dock on Dela. River).

Here’s the thing: Even though radicals have blocked LNG exports from the Gibbstown facility, the facility is up and running and (safely) exporting ethane, propane, and butane–all of which are far more “explosive” than LNG (see Former NJ DuPont Dynamite Factory Near Philly Exporting NGLs). We remind readers that for decades (generations), DuPont manufactured dynamite at that location! Yet somehow LNG is not safe to load and transport? Give us a break!

Antis, like Riverkeeper, feel betrayed by their boy Steve Tambini, Executive Director of the DRBC. They thought Tambini was cowed into submission to do their will. Tambini secretly extended the permit to build the LNG dock back in June. Riverkeeper found out and forced Tambini’s hand, so he had the full commission vote to approve his action in extending the permit another three years. Riverkeeper is PO’d (personally offended) big time, as is evidenced by their official mouthpiece PBS/WHYY:

The extended permit gives Delaware River Partners, an affiliate of New Fortress Energy, until June 2025 to build a dock on the Delaware River in Gibbstown, Gloucester County.

The building of an LNG terminal in South Jersey has sparked concern from environmental and civic groups, and residents, who say exporting LNG would pollute the air and water, and could destroy homes in the event of an explosion.

More than 100,000 signatures against the project have been submitted to the DRBC, according to the environmental advocacy group Delaware Riverkeeper Network. The group appealed the project in 2019, but DRBC commissioners gave the project final approval in December 2020. Following a second DRN appeal, the case is now in federal court awaiting a ruling.

Four commissioners voted in favor of the permit extension, with New York state abstaining. The DRBC oversees water use and quality in the Delaware watershed, including ensuring there’s enough clean drinking water for more than 15 million people in Delaware, New Jersey, New York, and Pennsylvania. The agency is made up of the governors of those four states, and the commander of the U.S. Army Corps of Engineers’ North Atlantic Division, who represents the federal government.

Carluccio argues that permits can only be extended if substantial funds have been expended on a project. Delaware River Partners has spent at least $1.8 million of the estimated price tag of $113 million. Carluccio also said the public was not given the opportunity to provide comments.

“It is no way to run an agency to have the public find out about an extension of a permit — particularly for a project as controversial and publicly opposed as the Gibbstown LNG export terminal is — through the freedom of information request,” Carluccio said. “The public has the right to know about the projects, and has the right to have input on the projects that will impact their lives, and this one will.”

The spokesperson said because the permit extension does not change the scope of the project itself, a hearing was not required in this instance.

“The Commission’s practices likewise do not require the Commission to conduct an additional public hearing where the docket holder does not seek a change to the terms and conditions of the docket, which DRBC previously issued after an extensive public process,” the emailed statement read.

For years, companies that wanted to transport LNG by rail faced steep hurdles, and only a few were approved through a special permit (such as the one in Gibbstown). However, former President Donald Trump eliminated those requirements in 2020. Environmental groups, including DRN, petitioned President Joe Biden to reverse Trump’s move.

“The processing of LNG requires inducing or increasing the fracking of gas from wells in Pennsylvania, and as a result of that, we’re exposing communities to human health harms,” Carluccio said, “and we’re exposing the environment to continued devastation from, not only methane being released into the atmosphere and increasing global warming, but also the dangers of the toxic materials used in the fracking process.”

She adds that she fears more applications for the transport of LNG will be filed – there is another proposal for an export terminal in Chester.

Editor’s Note: The Delaware Riverkeeper Network is not a group of environmentalists as its sister group WHYY (both funded by the William Penn Foundation to do its dirty work) wants us to believe. No, it’s a group of destructors determined to hem in economic development and the interests of the middle class. It is opposed to any and all efforts to advance either. That’s because it represents Philadelphia’s gentry ruling class, which wants no growth, no industry and even no bridges. It simply wants to protect itself from commoners. That’s why we call it the Delaware PovertyKeeper. The Delaware River is the last thing on its mind, only an excuse for these destructors, whose foremost objective is serving their elitist funders from the ruling gentry class.