DEP Is to Blame for Marsh Creek Incident; Rerouting Order Is Just Cover

It could have been avoided. The Pennsylvania Dept. of Environmental Protection (DEP) has no one to blame but themselves for what happened at Marsh Creek Lake in Chester County, PA, when Energy Transfer (ET), drilling underground to install a pipeline for the Mariner East 2 project, experienced a drilling mud spill in August. 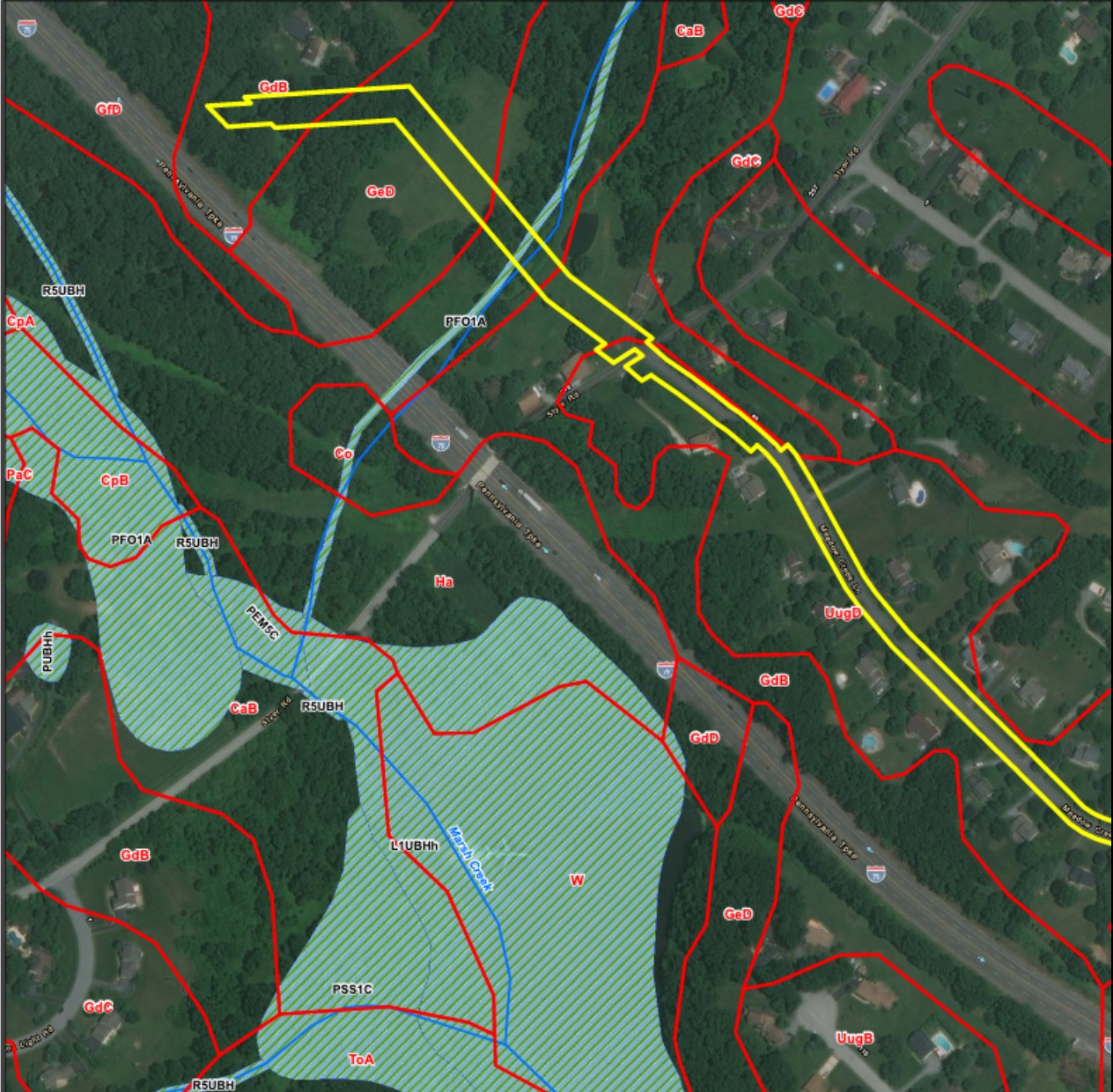 One of numerous illustrations from a request made by Energy Transfer a year ago to do what the DEP is now ordering, while pretending ET is at at fault when it’s really DEP itself; an increasingly corrupted agency under Tom Wolf and Patrick McDonnell

A year before the accident ET asked the DEP for permission to change the kind of pipeline construction method to be used, away from HDD (horizontal directional drilling) to open trenching, at the Marsh Creek State Park site. The DEP denied the request, and the result was an 8,000-gallon drilling mud spill that leaked into a creek that empties into Marsh Creek Lake. The DEP had the audacity to blame ET for the spill.

Area residents up in arms over the spill should focus their anger on the DEP, not on ET.

We had to get the truth of this situation from (of all places) a post on the Seeking Alpha investors website. Mainstream media has ignored the real story behind the spill at Marsh Creek Lake (emphasis added).

…Pennsylvania officials would order the company to pursue an alternative route for Mariner East 2. This order follows a drilling incident a little over one month ago during construction. Thousands of gallons of drilling byproduct made its way into Marsh Creek Lake via a tributary, leading to the lake being closed for recreational use…

That misses the full story, and shows a misunderstanding of both the pipeline installation process and the back and forth between midstream companies and state regulators. In my view, you cannot invest in this space without fully understanding the process.

Horizontal directional drilling, or “HDD,” is the standard method of installing pipelines, particularly under sensitive areas. While some might picture a pipeline being laid via digging a long trench and covering it back over with dirt – which it can be – HDD is used quite often when you do not want to disturb the surface area.

However, operating a drill requires drilling fluid. That liquid can and does rise through the soil, particularly if it’s soft-packed or has cracks. This is called “inadvertent returns,” is not uncommon, and drilling fluids are often designed to be non-toxic and less environmentally invasive. Various methods can be used in the fluids to combat this, such as by increasing viscosity – normally done by adding bentonite or other additives like organic plant matter.

Why does this all matter for the recent spill? More than one year ago, Energy Transfer / Sunoco asked for a re-route of the Mariner East II line, citing the very risk of this incident in their request..

In a nutshell, the subsurface area around Marsh Creek Lake predisposed it to drilling fluid making its way to the surface during HDD. In the view of the pipeline firms, an open trench method would be the safer and had the least risk of environmental harm.

The Pennsylvania Department of Environmental Protection (“DEP”) had no interest in approving this request – likely because they did not like the idea of heavy equipment cutting an open trench near a large Pennsylvania tourism draw. Public hearings on the issue were scheduled for March, but were cancelled due to the coronavirus. Thus, this Major Modification Request sat without action for more than one year.

Energy Transfer had a choice: sit on its hands – burning investor money and wasting time where the pipeline could be in-service – or proceed under the original approved permits. They took a risk, it backfired. While you can lay some blame at their feet, in my view this all sits with the DEP. Should they really be surprised that an incident that geologists and engineers said was a major risk occurred? Sure, open trench cuts require remediation – but so does cleaning up thousands of gallons of drilling fluid.

Of course, after the incident the DEP was quick to pin the blame on those constructing the line (statement from Secretary Patrick McDonnell):

(This is) yet another instance where Sunoco has blatantly disregarded the citizens and resources of Chester County with careless actions while installing the Mariner East II Pipeline.

No surprise that the DEP absolves itself of any blame. Quite a toxic statement above. Quietly, DEP regulators have now approved the prior Major Modification Request just a few days ago without a public hearing. This incident could have been avoided if the DEP had simply listened to industry professionals…

What’s left to say? Except the DEP should be ashamed of itself. Unfortunately for ET, they can’t really draw attention to the truth of this situation because even in “winning” the argument, they will lose (DEP will punish them all the more). ET has to be silent and take it. Pat McDonnell has become an embarrassment at DEP.

Editor’s Note: I sadly have to agree with Jim on McDonnell. That he is a decent fellow with good intentions seems clear to me, having met him on two occasions and watched him answer questions from Senator Lisa Baker, but he’s weak and not the sort of fellow who would ever tell Tom Wolf to get a new DEP Secretary if the latter was intent on doing something foolish, which is the honorable approach to correcting a leader you serve. He has, instead, meekly surrendered to Wolf on the DRBC issue, RGGI and any number of other issues where he clearly knows the Governor is wrong. I suspect he also surrenders to staff who have their own ideas about how to run DEP. That’s what weak people do and I’m guessing one or the other happened here. Weak people also enable corruption, even if they’re personally honest.DEP Is to Blame for Marsh Creek Incident and Toxic Language Is Its Cover