[Editor’s Note: Diesel prices have risen to unaffordable levels for many and are a huge factor in inflation and supply chain issues, all caused by anti-American energy policies!]

President Biden is complaining about diesel prices and production and his Administration is looking at banning petroleum exports or placing minimum requirements on diesel stocks, which they think will fix the problem. The real problem is that the United States lost one million barrels a day of refinery capacity due to reductions in demand from COVID lockdowns, refinery conversions to biofuels due to lucrative subsidies and onerous environmental regulations. Emissions rules and general regulations have increased under the Biden administration, raising operating costs and causing some refineries to either shut down or not expand operations. 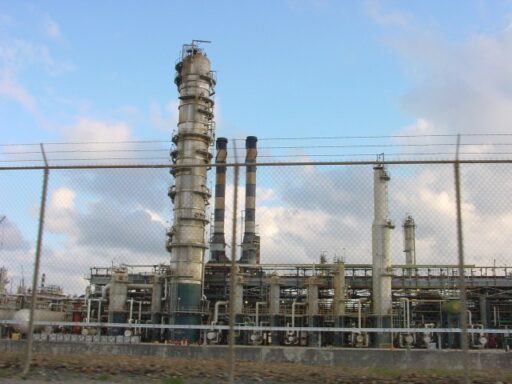 The St. Croix Refinery the Biden administration is tormenting with bureaucracy and, thereby, helping to short diesel supplies and raise diesel prices.

The Biden Administration is doing nothing to fix the real problem. Instead, it is putting new environmental requirements on a refinery in St. Croix that could help the diesel situation in the Northeast. The refinery, built by Hess, was once among the world’s largest, rated at about 650,000 barrels per day. Biden’s Environmental Protection Agency (EPA) is requiring a new Clean Air Act permit that will require the refinery to add expensive environmental equipment before it can operate again—a requirement that could cost its owners hundreds of millions of dollars and take three years or more to obtain.

The EPA shut down the refinery, formerly called Limetree Bay, in May 2021. The refinery was sold for $62 million in December 2021 to West Indies Petroleum and Port Hamilton Refining and Transportation, following the bankruptcy of its former owners. An August 2022 fire within the petroleum coke conveyor loading system burned for two weeks, prompting an inspection by EPA, who cited equipment corrosion at the facility that presents risk of fire, explosion or releases of other substances.  The Virgin Islands is uniquely exempt from the Jones Act, which would make for cheaper transport of product to the Northeast.

The EPA is requiring a Prevention of Significant Deterioration (PSD) permit, which would require detailed air-quality analyses and the use of the best available air pollution control technology to be added to the facility. A PSD permit limits emissions to levels that would result from the best available air pollution control technology, which should reduce emissions of nitrogen oxides, volatile organic chemicals, sulfur dioxide, hydrogen sulfide, carbon monoxide and particulate matter.

According to the EPA, the company may choose to install a low NOx burner, sulfur recovery units or scrubbers and carbon monoxide catalysts. The owners could also consider using low sulfur fuel oil and better combustion practices. The refinery has an existing PSD permit, which was last modified in 2011, so requiring an entirely new one is a huge increase in time and expense, putting off well into the future any relief for consumers.

An earlier owner, Hovensa, was required to spend $700 million on pollution control equipment, among other obligations after violating the Clean Air Act without first obtaining pre-construction permits and installing required pollution control equipment. Hovensa went bankrupt and shut down the plant the following year; later Limetree Bay Ventures bought the refinery in December 2015. Limetree Bay invested about $4 billionin the refinery, and expected spending about $200 million to get it restarted.

The new owners must also negotiate a new consent decree with the U.S. Department of Justice (DOJ) and operate a flare gas recovery system, which the EPA identified as one of the causes of the refinery’s excess hydrogen sulfide and sulfur dioxide emissions last year. West Indies Petroleum will need to be party to the consent decree the United States reached with Hovensa as well as negotiate a new consent decree with Limetree Bay and the DOJ stemming from more recent operational issues.  All of these take time and resources and push off the potential restart date. 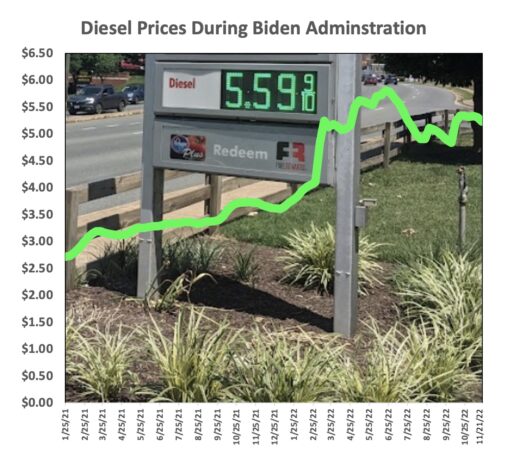 Biden is also considering requiring oil companies to store more petroleum inside the United States as low diesel stockpiles in the Northeast bring up concerns about price spikes this winter. The United States is a major exporter of diesel to European allies facing an energy crisis this winter. According to Department of Energy Secretary Granholm, other countries have fuel-storage requirements, which is the reason that the president is considering mandatory stockpile requirements. U.S. East Coast distillate inventories, which include diesel and heating oil, are the lowest on record for this time of year. In New England, where more people burn fuel oil to heat their homes than anywhere else in the country, stockpiles are less than a third of typical levels.

The Biden administration cannot act on its own to force oil companies to hold more fuel inside the United States–a change such as that would have to come from Congress. Legislation to expand the government’s 1 million-barrel Northeast Home Heating Oil Reserve is pending on Capitol Hill, along with a government spending bill that needs to pass during the lame-duck session. Oil industry representatives have warned against such a mandate because it would increase holding costs and could boost prices in the short term—the opposite of what the Biden administration supposedly wants. It also does not add supply from refinery capacity the Biden Administration seems opposed to, based on the Virgin Islands refinery’s recent experience.

An option not on the Biden Administration’s plate is to help idled refineries, such as the one on St. Croix, to come online, rather than placing additional, costly environmental requirements on them. The St. Croix governor said, “I urge the Biden Administration to prioritize this effort and to take every step possible to reopen the St. Croix refinery as soon as possible. The U.S. EPA must work to ensure that the refinery does not endanger public health, but it should not put unnecessary roadblocks in the way of restarting this important asset.”