Dimock Landowners Denied Royalties for 12 Years Get A Win!

[Editor’s Note: The Dimock saga comes to a fitting end with some landowners getting public water and these folks and others who were denied royalties for years finally winning.]

For all of you Paul Harvey fans (God rest his soul), this is, “The Rest of the Story.” Two weeks ago, Pennsylvania Attorney General Josh Shapiro, about to become Governor on Jan. 1 (a bona fidetragedy), made a big splash by announcing he had finally bullied Coterra Energy, the former Cabot Oil & Gas, into taking a plea deal in the infamous Dimock, PA case of methane migration into a few water wells (see PA AG Shapiro Dismisses 14 Felony Charges Against Coterra re Dimock).

Coterra plead “no contest” (i.e., did not admit to any guilt) to a misdemeanor charge, while 14 felony charges were completely dismissed. It was a humiliating defeat for Shapiro. But that’s not even the best part! The best part, revealed yesterday in an Associated Press article, is that Coterra/Cabot, which has not been allowed to drill on its own leased land within a nine-square-mile box in Dimock, is now allowed to resume drilling there! We call it a total victory for Coterra. 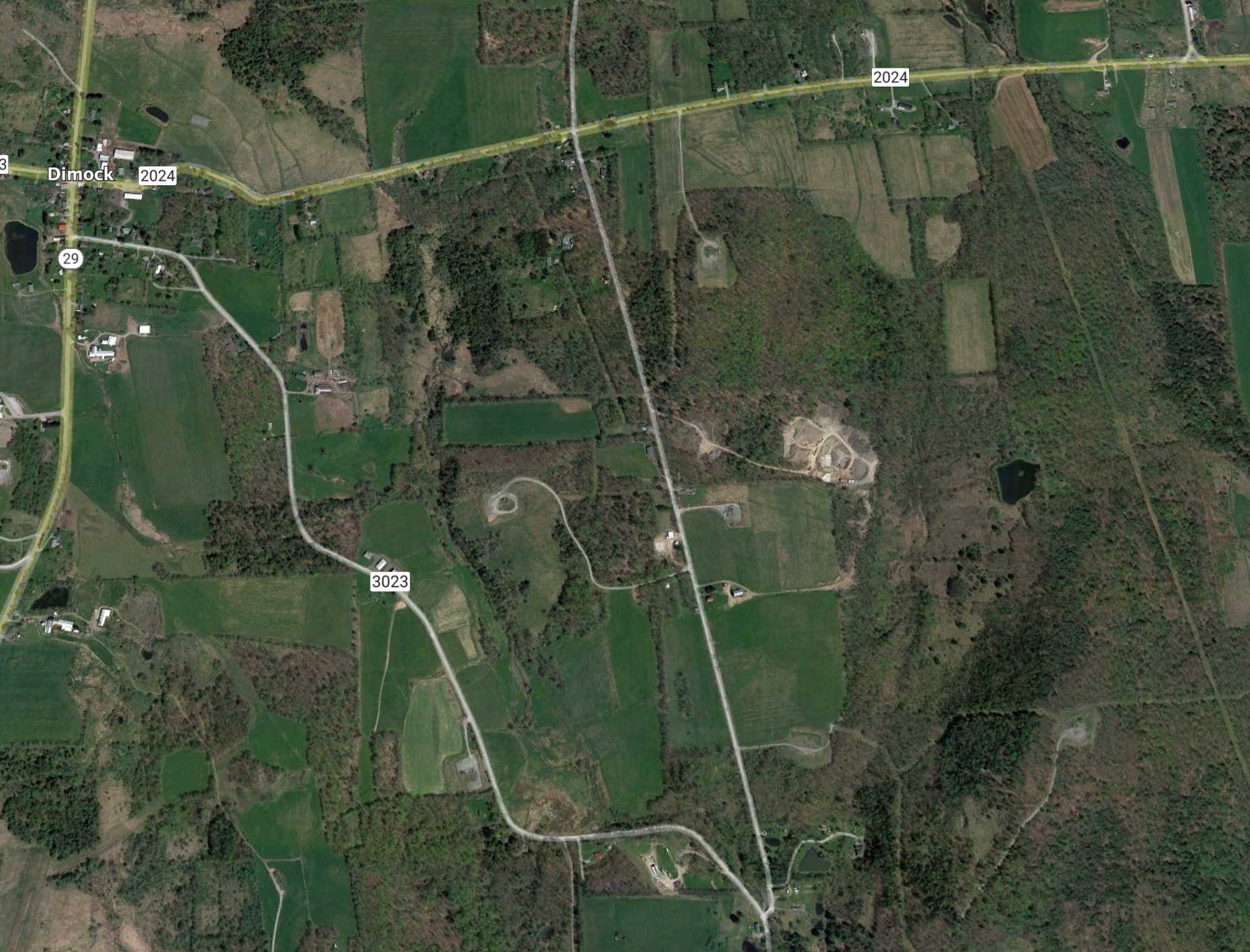 Even though this is total vindication for Coterra, the pathetic mainstream media still tries to spin the news as a defeat because the company pleaded no contest to a negligible charge. Let them try. Anyone paying attention knows the truth.

The AP caught wind that Coterra can now restart drilling in Dimock and just about had a journalistic stroke. The AP article below typically begins with a picture of Craig Stevens, a local anti-drilling resident of Dimock, holding up a jug of “well water” that supposedly was polluted by Coterra’s (aka Cabot’s) drilling some 12-14 years ago. Stevens is known for carrying his “little brown jug” to anti-fossil energy events around the country. It’s like his trademark.

One of Pennsylvania’s largest drillers will be allowed to extract natural gas from underneath a rural community where it has been banned for a dozen years because of accusations it polluted the water supply, according to a settlement with state regulators.

The Department of Environmental Protection quietly lifted its long-term moratorium on gas production in Dimock, a small village in northeastern Pennsylvania that gained national notoriety when residents were filmed lighting their tap water on fire.

The agency’s agreement with Houston-based Coterra Energy Inc. is dated Nov. 29 — the same day Coterra pleaded no contest in a high-profile criminal case accusing the company of allowing methane to leak uncontrolled into Dimock’s aquifer. State officials denied that Coterra was allowed to plead to a misdemeanor charge in exchange for being allowed to drill for potentially hundreds of millions of dollars worth of gas.

The agreement, which is public, was obtained by The Associated Press.

Some of the residents, who have long accused the Department of Environmental Protection of negligence in its handling of the water pollution in Dimock, said they felt betrayed.

“We got played,” said Ray Kemble, the most outspoken of a small group of Dimock residents who have battled the drilling company and state regulators alike.

Coterra will be permitted to drill horizontally underneath a 9-square-mile (23-square-kilometer) area of Dimock and frack the gas-bearing shale that lies thousands of feet down. That’s been forbidden since 2010, when environmental regulators accused Coterra’s corporate predecessor of failing to keep its promise to restore or replace Dimock’s water.

The Department of Environmental Protection said it began negotiations with Coterra in early 2022, shortly after the company formed from the merger of Cabot Oil & Gas Corp. — the driller deemed responsible for fouling Dimock’s water supply — and Cimarex Energy Co.

“When Coterra took over responsibility of the wells after the Cabot merger, they actively engaged with DEP to address the remaining issues in the area,” said agency spokesperson Jamar Thrasher. “Coterra committed to strict controls, monitoring and evaluation, resulting in some of the most restricted conditions on any drilling in the commonwealth.”

Cabot, the predecessor company to Coterra, was charged in June 2020 with 15 criminal counts over allegations it drilled faulty gas wells that leaked flammable methane into residential water supplies in Dimock and surrounding communities.

Coterra pleaded no contest to a misdemeanor violation of the state Clean Streams Law. Its plea deal with the state attorney general’s office requires Coterra to pay more than $16 million to fund construction of a new public water system for Dimock and to pay affected residents’ water bills for 75 years.

Attorney General Josh Shapiro, a Democrat who takes office as governor next month, held a celebratory news conference with Kemble and two other Dimock residents on the day Coterra entered its plea. At the news conference, Shapiro punted a reporter’s question about whether Coterra would be permitted to resume drilling in the moratorium area, pointing out the administration of Democratic Gov. Tom Wolf was still in charge.

“That’s obviously a question for the regulators, not for the attorney general’s office,” Shapiro said then.

Shapiro’s spokesperson said the plea deal was not contingent on DEP lifting the moratorium.

“Our office plays no role in DEP’s regulatory decisions and we do not share confidential information about criminal investigations,” Jacklin Rhoads said.

In an interview Friday, Wolf said he was satisfied with his administration’s decision to allow Coterra to go back into Dimock, “as long as they do what we need them to do with the new water supply and the pipes.” He said the company had to abide by “some pretty stringent guidelines.”

Coterra will continue to be prohibited from drilling new gas wells inside the moratorium area itself. But shale gas drillers like Coterra are able to drill horizontally for miles until they reach the target, meaning that even though the company will have to start their new wells outside of the prohibited area, the gas is easily within reach.

Zacariah Hildenbrand, a Dallas-based biochemist who has conducted testing in Dimock, said that technically speaking, the horizontal portion of a gas well is “orders of magnitude safer” than the vertical portion, from which most incidents of drilling-related water contamination originate.

But he was incredulous that Coterra would want to risk it in Dimock — and that regulators would allow it — given it was at the center of one of the most high-profile contamination cases to emerge from the U.S. drilling and fracking boom.

“Why even roll the dice for this to happen again? You’ve already made a colossal mess of this region. It’s already been a black eye to the industry,” Hildenbrand said. “Why not pick up your tools and go somewhere else?”

The driller has long said the gas in Dimock’s water wells was naturally occurring, and over the years, it has periodically requested permission from the state to resume drilling in the community.

In a statement, Coterra spokesperson George Stark said the agreement with DEP “resolves longstanding issues and provides for the responsible and safe development of natural resources located inside the nine-square mile area. It also satisfies the desires of many of the landowners, who communicated their support for such development over the years.”

Pennsylvania is the nation’s No. 2 gas-producing state after Texas, and Susquehanna County, where Dimock is located, produces more natural gas than any other county in the state.

Alan Hall, vice chair of the Susquehanna County Board of Commissioners, said many of his constituents in Dimock had been clamoring for gas production to resume, having leased their land to the gas company long ago.

“They know the gas in that area is very prolific, and there’s a lot of it there. And they’d been hoping a resolution would come through, that their leases would be activated again and they’d start being able to get royalties out of the process,” he said Monday.

Anthony Ingraffea, a retired Cornell University engineering professor who has extensively studied gas well failures in Pennsylvania, estimates Coterra could frack as many as 50 wells in the moratorium area, and produce as much as $500 million worth of gas. Energy companies use hydraulic fracturing, or fracking, to capture natural gas locked in shale rock.

Ingraffea, a drilling industry critic who once testified on behalf of Dimock residents who had sued Cabot in federal court, said more methane leaks and more problems are inevitable.

“This is groundhog day,” he said. “These poor families, the families that remain and families that are still to be impacted, are right back to where they were in 2008. The state of Pennsylvania, the governor’s office and PA DEP, are washing their hands.”

The promised water line might not be operational until 2027, according to the settlement agreement with DEP. Until then, Coterra is supposed to install temporary treatment systems at the homes of residents who want them. Some residents say previous attempts at treatment have failed.

Dimock resident Erik Roos, whose well was fouled with methane and who spent years fetching drinking water from an artesian well miles from his house, said he was pleased that he would finally be connected to a public water supply. But he was surprised when a reporter told him about the planned resumption of drilling.

“It’s disturbing to me that they rewarded them so quickly,” he said Monday. “Seems to me they should wait at least a year.” He said regulators should have told Coterra: “If you show you’re following this agreement, maybe we’ll let you do it.”

George Stark, Director of External Affairs for Coterra, issued the following statement in response to the AP article:

“Coterra worked extensively with the Department of Environmental Protection to create a path forward for the landowners, the community, and the Commonwealth. This agreement resolves longstanding issues and provides for the responsible and safe development of natural resources located inside the nine-square mile area. It also satisfies the desires of many of the landowners, who communicated their support for such development over the years.

Working closely with the Department, Coterra will utilize best practices and state-of-the-art technology to implement enhanced procedures to safely and responsibly conduct any future drilling operations. Coterra looks forward to continuing its work with the landowners, the community, and the Commonwealth.”

Editor’s Note: Landowners on both sides of the Dimock divide will benefit from the royalties that will come from Coterra being able to drill properties that were off-limits for a dozen years. Among those landowners are those who are also getting public water and no longer have a reason to complain although there is still a lot of political posturing going on by some of the same folks (who also got earlier financial settlements from Cabot). Regardless, it’s arguably a win all the way around, not just Coterra’s win.