The Dimock lawyers alleged to have used and abused Ray Kemble by filing a lawsuit in his name against Cabot Oil and Gas have been called out — by the court!

Members of the national news media have seldom, if ever, gotten the story correct on Dimock. A recent AP article about Cabot pulling out of settlement talks with trial lawyers who represented Ray Kemble in a lawsuit against Cabot Oil and Gas on his behalf provides a useful illustration. A set of attorneys from Missouri and Kingston, Pennsylvania, ignoring an existing settlement resolving all of Kemble’s claims, inexplicably filed new litigation against Cabot and then, just as rapidly, sought a dismissal of it on their own motion.

Cabot responded with its own lawsuit against the attorneys for this frivolous behavior. The underlying theme of the AP piece, obviously driven by input from these accused Dimock lawyers, as I shall hereafter refer to them, is that Cabot has targeted Kemble, but the real story, as so often is the case with modern agenda-driven journalism, is obscured but what is not told. 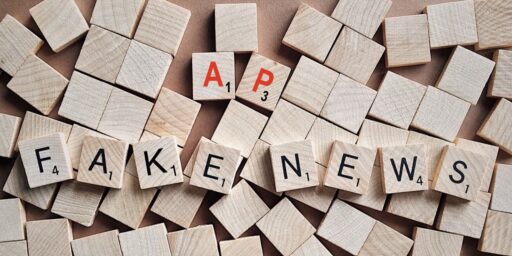 Here, in fact, are just a few of the things left out of the AP story: (1) what the case was really about; a lawsuit prohibited by a previous settlement, (2) the names of the accused Dimock attorneys, (3) the fact Ray Kemble alleges the attorneys acted without his approval and (4) the reasons Cabot has withdrawn, as laid out succinctly by the court itself. The AP, in other words, left out every important fact about the case.

Fortunately, we are not solely dependent on the AP for our news. A local news outlet called The Susquehanna County Independent has closely followed the case from the beginning and a great reporter by the Reggie Sheffield was there in court the other day to hear the facts the AP has chosen to hide. He properly starts the story not with the Cabot withdrawal from settlement talks, as AP did, but with the real news and it’s not about Ray Kemble but, rather, his supposed former attorneys (emphasis added):

In another development, since those same attorneys still had not turned over the requested records last week, Cabot withdrew from settlement discussions with them, saying they only agreed to the discussions under the conditions that the defendants continued to exchange pre-trial documents and negotiate in good faith.

“Because the Defendants refused to negotiate in good faith, Cabot withdrew from the conference in early March,” Cabot spokesman George Stark said in a prepared release this week.

Notice Sheffield doesn’t hide the role or the names of the out-of-town Dimock lawyers who peddled the “pigs to rigs” lawsuit only to seek its dismissal via their own motion, as if the whole thing was nothing but a stunt. He also reports this startling bit of news:

In a deposition taken last year; Kemble claimed that his former attorneys acted without his knowledge when they brought the 2017 lawsuit against Cabot.

What? Ray Kemble is saying he was victimized by these three attorneys and they acted without his knowledge? Why wasn’t that bombshell part of the AP story? Did Speer, Fellerman and Ciarimboli and company somehow forget to mention this little bit of news? They certainly knew but, then again, it’s probably not smart to bother telling an otherwise empathetic reporter the former client you still want to sell as the victim actually thinks you’re one of his victimizers. And, from the AP perspective it hardly fits the desired narrative of big oil versus local character either; so “let’s all just move on folks, nothing to see here.”

For the rest of us, though, this is the tipoff to the real story and Sheffield points out this:

[Judge] Legg’s order Friday imposed monetary sanctions for the attorney defendants’ repeated failure to turn over records. The sanctions include the costs incurred by Cabot in preparing legal arguments seeking the records and related expenses, including travel.

So, maybe we should examine that order a bit. It’s pretty simple actually, not saying a whole lot more than Cabot’s motion for sanctions to be applied is granted and laying out how the company is to be reimbursed by the Dimock lawyers. But, then there is these lengthy footnotes, which may be characterized as a Toby Keith “boot in your ass” directed at those same Dimock lawyers to remind them what serious trouble they’re in (emphasis added):

1. This litigation has a tortured history relating to difficulties encountered by plaintiffs in seeking discovery responses from defendants. Indeed, plaintiffs have filed numerous motions to compel – and the court has responded by directing defendants to respond – and the parties continue to struggle to complete the discovery in this case. As to the most recent issue, plaintiffs served a third request for production of documents on defendants on August 5, 2019. Despite the requirement that defendants respond within 30 days under Pennsylvania Rule of Civil Procedure 4009.12(a) , no timely response was provided. On October 22, 2019, plaintiffs‘ counsel notified defendants’ counsel via email that the response was late but received no response. On October 25, 2019, the court conducted a hearing on another issue and plaintiffs‘ counsel made an oral motion seeking an order from the court to compel defendants to answer the third request for production. On that same date, the court entered an order directing the defendants to file an answer within thirty (30) days to the third request for product ion. As of the date of the October 25, 2019 order, defendants’ response was already approximately 50 days delinquent.Defendants again failed to respond by the court-imposed deadline of November 25, 2019. On December 2, 2019, plaintiffs’ counsel again contacted defendants’ counsel seeking guidance as to the outstanding response to plaintiffs‘ third request for production. Defendants ‘ counsel indicated that the delay was occasioned by the need to obtain verifications . On December 10, 2019, plaintiffs‘ counsel again inquired as to defendants ‘ delinquent responses, and, after receiving no reply, filed the present motion for sanctions on December 13, 2019 .

The court scheduled a hearing on the motion for sanction for March 6, 2020. On March 2, 2020, just four days prior to the sanction hearing, defendants finally provided plaintiffs with the response to plaintiffs‘ third request for production. Defendants’ response was made nearly 4 months after the court imposed deadline of November 25, 2019. When reviewed in its totality, defendants took nearly 6-months to respond to plaintiffs‘ third request for production – and when the response was received, it contained 5 screen-shot pictures of a computer screen. Defendants have provided no reasonable excuse for not only the initial failure to respond but also the blatant disregard of this court’s order that compelled production no later than November 25, 2019.

2. In assessing the appropriate sanction for a discovery violation, a trial court must consider: (1) the nature and severity of the discovery violation; (2) the defaulting party‘s willfulness or bad faith; (3) prejudice to the opposing party; and (4) the ability to cure the prejudice. See McGovern v. Hospital Service Ass‘n of Northeastern Pa .. 785 A.2d 1012, 1019 (Pa. Super. 2001). Defendants have amassed a disturbing history of discovery violations in this case – and those violations have prejudiced plaintiffs to the extent that this litigation has been stalled without reasonable justification or excuse. Given the failure of defendants to provide any reasonable excuse for the abject failure to comply with a simple discovery request coupled with defendants’ act of ignoring the October 25, 2019 order for months, the record demonstrates that the defendants ‘ conduct was willful. As to the ability to cure the prejudice, the financial sanction will cure the financial prejudice suffered by plaintiffs as a result of the need to continually seek court- intervention to obtain compliance from defendants as to their discovery obligation.

That’s an angry judge if there ever was one, but it’s not the first time these three amigos, Speer, Fellerman and Ciambiroli have raised the Judge’s ire. No, on October 31, 2019, during the time Judge Legg references above, in one of his previous orders, castigated these Dimock lawyers in an equally stunning and significant way with a different footnote, which explains why Cabot’s discovery is so important and why the Dimock lawyers are so resistant to it (spelling of Kemble corrected):

Punitive damages may be imposed where a defendant’s conduct rises to the level of “outrageous” behavior, which has been further explained to constitute conduct that is “intentional, willful, wanton or done with a bad motive or with a reckless Indifference to the Interests of others.” Ogozaly. 67 Pa. D.&C.4th at 333 (citations and internal quotations omitted). In this case, the record currently establishes that defendant Raymond Kemble (Kemble), while represented by separate legal counsel, entered into settlement negotiations with plaintiff Cabot Oil & Gas Corporation( Cabot) to amicably resolve litigation centered abound allegations that Cabot had contaminated Kemble’s well water. A settlement agreement was reached between Cabot and Kemble. During the period where Kemble was considering the settlement offer, defendant Charles Speer (Speer) began to secretly represent Kimble and Speer was aware of the settlement agreement between Cabot and Kemble. Thereafter, the Lawyer Defendants, with full knowledge of the prior settlement between Cabot and Kemble, initiated a separate federal litigation by Kemble against Cabot Involving similar claims as hose resolved through the settlement agreement. Eventually, the Lawyer Defendants were forced to voluntarily abandoned (sic) the second litigation.

This is the story AP hid and what a story it is; the judge in the case finding the Dimock lawyers “secretly” represented Ray Kemble, who says he didn’t even know what they were doing. And, punitive damages? Talk about bombshells! And, AP didn’t think it was worth mentioning? Talk about fake news! Meanwhile, the real news of Ray Kemble’s victimization (so he says) by the Dimock lawyers earns crickets from everyone except the folks at the Susquehanna Independent who know the rest of the story.