The Dimock pigs to rigs lawsuit continues to move backward for the attorneys who brought it. Ray Kemble, their supposed client, claims ignorance. Whoa!

“Curiouser and curiouser.” Ray Kemble, rough-cut hero, it often seems, of the fractivist movement everywhere but Susquehanna County, is now “basically placing all the blame” for the pigs to rigs lawsuit on hog farm suer Charlie Speer’s law firm, which represented Kemble in bringing it against Cabot after a settlement had already been made. That lawsuit was withdrawn on Speer’s own motion, of course, which ought to say something to anyone paying attention, but it was too late. Cabot said enough is enough and sued back. The result has been a scramble by Speer to find a way out of this pigpen he created. Ray Kemble may have just closed another gate, though. 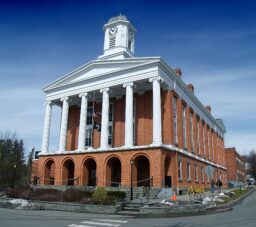 The Independent is a wonderful news outlet with two great reporters, Staci Wilson and Reggie Sheffield. Reggie delivered a blockbuster story on Tuesday, though, that you can read in full here. It’s all about the results of a deposition of Ray Kemble by Cabot’s attorneys. That deposition was apparently discussed in open court the other day, producing major news that no fractivist site or empathetic media will ever share.

It turns out Ray Kemble was a victim … of fractivist manipulators who used and abused the man. That is, at least, what we learn from the court proceedings as reported by Sheffield. Speer’s own attorneys were there to try to protect their client by claiming any communications between Speer and Kemble were privileged communications. Cabot wants access to them because it believes they will tell who was really pushing the pigs to rigs lawsuit brought in Kemble’s name by Speer. The big news was this (emphasis added):

In its lawsuit against Kemble, Cabot alleged that Missouri-based lawyer Charles Speer teamed up with Pennsylvania attorneys Clancy Boylan and Edward Ciaramboli in 2012 to commence nuisance claims against natural gas operators in Pennsylvania. Cabot sued Kemble after the attorneys’ lawsuit was dismissed as frivolous earlier that year.

But as a result of a ruling by President Judge Jason Legg last week, those attorneys may not now use the traditional attorney client privilege to avoid answering questions about their representation of Kemble, normally an area off-limits to inquiry.

The content of their advice, conversations and research with Kemble could be crucial to Cabot’s lawsuit as Kemble has denied knowing of, or consenting to the filing of that lawsuit.

In documents filed in court, the attorney defendants had sought to use the privilege to shield themselves from answering questions regarding their representation of him.

“It seems pretty clear that he’s basically placing all the blame on your clients, isn’t he?” Legg told an attorney for the lawyers in court last week.

It’s hard to overemphasize the importance of this. Ray Kemble, a man of poor health but boastful temperament, was used by everyone on the fractivist side. Now, we know he realizes it, as he has acknowledged as much in apparently laying the blame on Speer for the lawsuit. This is huge. Speer and company will have to cough up communications regarding the manner the pigs to rigs lawsuit was launched and its purpose given that it was withdrawn on their own motion.

That wasn’t all that was learned, though. It turns out Kemble also feels he was used by Bill Huston, but you’ll have to read the full story to learn about that revelation. Meanwhile, know Cabot’s lawsuit is exposing the rot behind so much of fractivism, from paid activism, to abuse of supposed victims to what increasingly appears to be attempted extortion.