Dimock Signals Death of Journalism as the Inquirer Sells Out

Dimock Signals Death of Journalism as the Inquirer Sells Out

Dimock has been a headline producer for fractivists for years and the latest in the Philadelphia Inquirer tells us journalism is not only dead but buried.

The Philadelphia Inquirer has sold out. It’s dead and buried as a newspaper, having sold out to special interests. Earlier this week it published a 1,300+ word article on the subject of Dimock and a settlement reached between Coterra Energy and Attorney General Josh Shapiro.

It was the usual stuff but never mentioned, of course, that Shapiro  dropped every single felony charge he had made at the outset of the case. Instead, it wallowed in the same old story, which I have no interest in mucking around with today. No, let the facts speak for themselves. Enough already. What does deserve discussion, though, is the corruption, death and burial of journalism at the Inquirer. 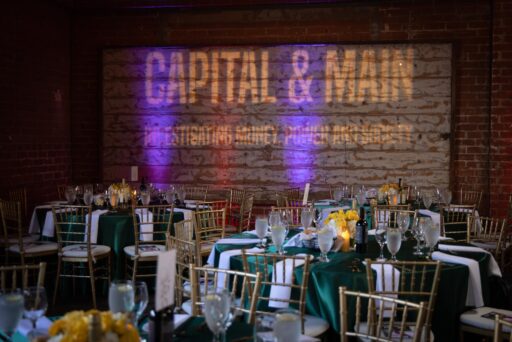 Photo from gala event by the Capital & Main gang

Why do I say death of journalism? I hesitate to do so, in fact, because it’s an overworked cliche that, while true, no longer surprises anyone. We all know journalism has failed us as journalism schools have indoctrinated future reporters with the idea they should be activists and not just observers and that journalists are obligated to align with the left. What many not realize, though, is that journalism hasn’t just died but that it has been long buried and replaced by not just advocacy but real life advocates who now occupy the reporters’ desks.

The Philadelphia Inquirer reporter desks have been taken over by a group called Capital & Main, which just penned the article I noted above, including a link to an expanded 3,600 word article at Capital & Main itself, that preceded by still another companion article a month earlier at the outlet. Here is the first page of the web version of the story: 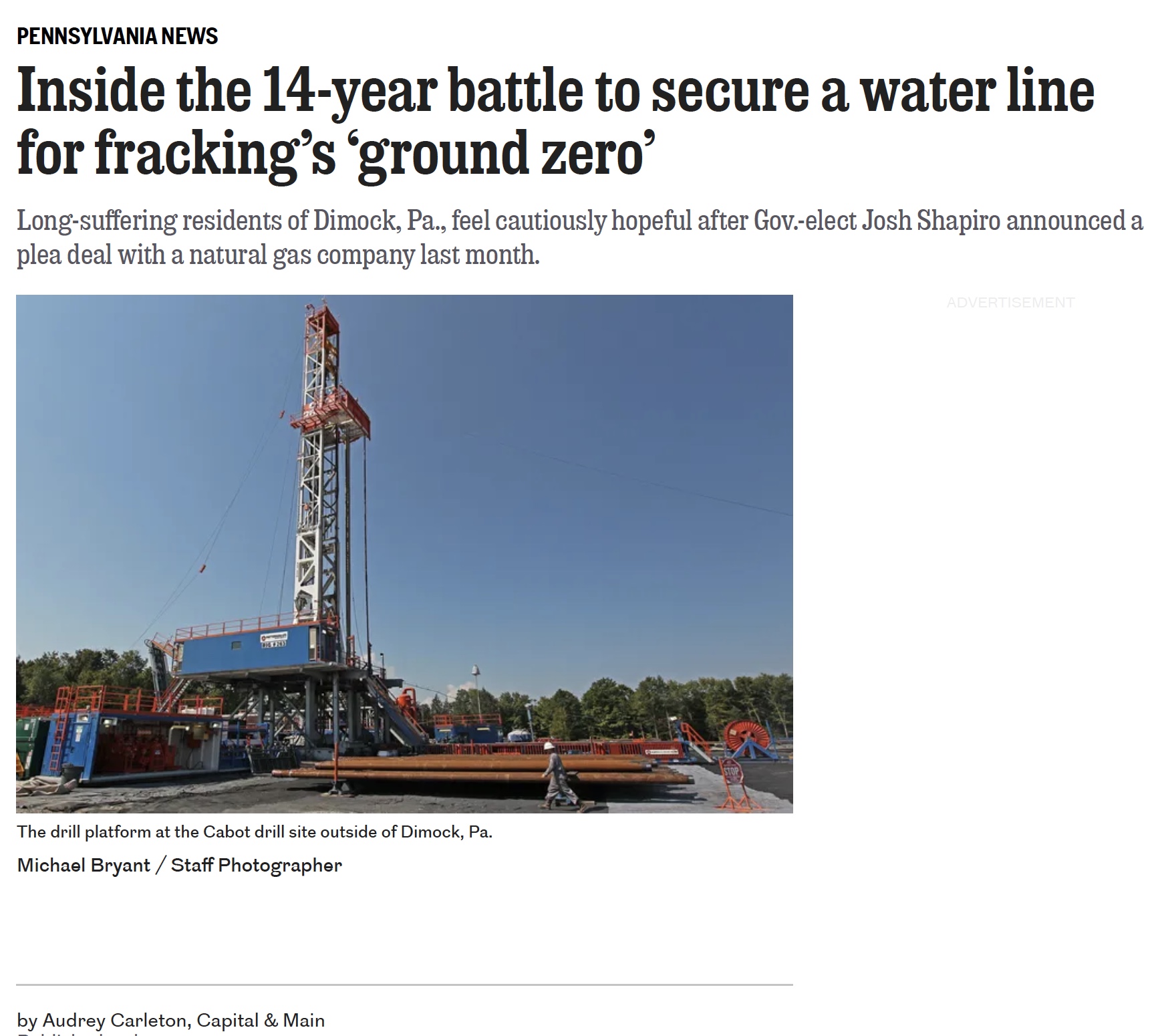 Notice the category is “Pennsylvania News,” not opinion. Moreover, it is only in fine print, at the bottom, we learn the author isn’t an Inquirer reporter but, rather, an individual associated with something called “Capital and Main.” We are never told who Capital & Main is although we find this at the end of the piece:

Copyright 2022 Capital & Main, which produced an extended version of this article.

So, who or what is Capital & Main? Well, it turns out it’s another faux charity; a non-profit corporation headquartered on Sunset Boulevard In Los Angeles, California with a 501(c)3 tax exemption from the IRS. It describes itself thusly:

Capital & Main is an award-winning nonprofit publication that reports from California on the most pressing economic, environmental and social issues of our time.  Winner of the 2016 Online Journalist of the Year prize from the Southern California Journalism Awards and a 2017 Best in the West award, Capital & Main has had stories co-published in more than 30 media outlets, from The Atlantic, Time, Reuters, The Guardian and Fast Company to The American Prospect, Grist, Slate and the Daily Beast. Working with top writers, editors and visual artists, we cover income inequality, climate change, the green economy, housing, health care, public education, immigration, race, and criminal justice.

It’s typical leftist stuff, of course, and climate change is among the causes propagandized. But, we don’t learn any of that from the Inquirer, which is obviously unable to hire reporters of its own and, therefore, accepts and publishes the propaganda  as news for two reasons: (1) it’s presumably free and (2) the Inquirer editor agrees with the propaganda and aims to push it.

Capital & Main has a budget of roughly $1.3 million and appears to be financed by leftist foundations and public employee unions, which is par for the course. It goes along perfectly with its motto of “Investigating Money, Power and Society.” Wealthy foundations and special interest groups spread their money around to gain power in society. And, doing propaganda as news is a not so subtle manner of doing lobbying behind a veil.

Capital & Main says, on its 990 IRS return, of course that  it does absolutely no lobbying but then writes material such as this clearly advocating for the successful reelection of radical U.S. Senator Raphael Warnock. It’s just more abuse of tax-exemption; more political corruption and it’s what now substitutes for Philadelphia Inquirer journalism, which has been buried in the backyard next to Ben Franklin.

Audrey Carleton, the writer of the Dimock piece and pictured below, is profiled here. She appears to come from New York City via Canada and says she is “writing scoops, features and investigations about Pennsylvania climate policy and the influence of the oil and gas industry for Capital and Main. She was recently named Student Journalist of the Year by the 2022 Covering Climate Now awards.” Her description serves to explain what the Dimock article is really about and it is climate, climate and more climate. Dimock is simply the excuse to trash an oil and gas industry on which she and all of us depend and advance corporatist renewable schemes intended to rip off ratepayers and taxpayers. Who pays Audrey? We don’t know exactly, because she’s not listed as staff at Capital & Main. She could an independent contractor but someone has obviously put her on the case? Who is it? We don’t know yet, but we do who is behind keeping the Philadelphia Inquirer corpse out there for all to go see like it was Lenin’s Mausoleum. The Inquirer is now owned by another fifty rich outfit called the Lenfest Institute for Journalism.

Unsurprisingly, Lenfest has been given $1,825,000 by the William Penn Foundation (the Haas family) for:

Support for a nonpartisan, multimedia public interest reporting project leading up to the 2023 Mayoral election that will elevate issues of real importance to the residents of Philadelphia throughout the campaign season.

Planning for the 2023 Next Mayor Media and Public Engagement Project.

Read these descriptions, visit the Lenfest website and understand that David Haas sits on the Board of Directors. Then, consider the fact the William Penn Foundation ($2.8 billion in assets) is a private foundation prohibited from doing any lobbying or politics and ask yourself how, in God’s name, is it possible these people can get away with this plant violation of the rules to rule us? And, don’t imagine political corruption doesn’t extend to the entirety of Big Media today. The plutocracy has taken over almost all of what was journalism and replaced with pure unapologetic advocacy that only wears the skin of the corpse.

Does that sound too “out there” for you? Well, here’s the description of LenFest from its 990 return (Typed in caps such that it is difficult to read but we’ve bolded the important material and paragraphed it):

THE LENFEST INSTITUTE SUPPORTS BOTH THE DIGITAL TRANSFORMATION OF HERITAGE NEWS ORGANIZATIONS AND THE ENTREPRENEURIAL EFFORTS OF YOUNG, INNOVATIVE COMPANIES.

NEWS TECHNOLOGY AND INNOVATION: TO SURVIVE AND THRIVE, LOCAL NEWS ENTERPRISES MUST BE NIMBLE, TECH ENABLED AND COMMITTED TO CONSTANT INNOVATION. INVESTING IN THE TECHNICAL MUSCLE OF NEWS ORGANIZATIONS AND INTRODUCING NEW TOOLS IMPROVE CUSTOMER EXPERIENCE, AUDIENCE ENGAGEMENT AND OPERATIONAL EFFICIENCY, ALL KEY TO BUSINESS SUSTAINABILITY.

DIVERSE & GROWING AUDIENCES: DIVERSE AND INCLUSIVE NEWSROOMS ATTRACT DIVERSE AND GROWING AUDIENCES. OUR INVESTMENTS IN NEWSROOM DIVERSITY, COMMUNITY LISTENING PROJECTS, AND MULTI­CULTURAL NEWS MEDIA ADDRESS SOME OF JOURNALISM’S BIGGEST CHALLENGES AND ONE OF ITS GREATEST OPPORTUNITIES.

KNIGHT­ LENFEST TRANSFORMATION FUND: THE KNIGHT­ LENFEST TRANSFORMATION FUND IS A FIVE­ YEAR EFFORT DESIGNED TO ACCELERATE INNOVATION IN LOCAL NEWS ORGANIZATIONS IN PHILADELPHIA AND ACROSS THE UNITED STATES. THE FUND WAS CREATED BY THE JOHN S. AND JAMES L. KNIGHT FOUNDATION AND THE LENFEST INSTITUTE FOR JOURNALISM TO HELP BUILD A SUSTAINABLE, EQUITABLE FUTURE FOR LOCAL NEWS.

FACEBOOK LOCAL NEWS ACCELERATORS: THE FACEBOOK JOURNALISM PROJECT ACCELERATOR IS A BROAD PROGRAM COMPRISED OF THREE DIFFERENT COMMON PROBLEM AREAS IN THE NEWS INDUSTRY AND SOLUTIONS OF HOW TO OVERCOME THEM. IT ENCOMPASSES THE SUBSCRIPTION ACQUISITION, SUBSCRIPTION RETENTION, AND MEMBERSHIP RETENTION ACCELERATORS. FUNDED AND ORGANIZED BY THE FACEBOOK JOURNALISM PROJECT, THE PROGRAMS INCLUDE HANDS­-ON WORKSHOPS, A GRANTMAKING PROGRAM, AND REGULAR REPORTS ON BEST PRACTICES.

INNOVATION GRANTS: THE LENFEST INSTITUTE HAS AWARDED TWO TYPES OF GRANTS: THE LOCAL NEWS BUSINESS MODEL CHALLENGE FOR PROJECTS THAT EXPLORE NEW BUSINESS MODELS FOR SUSTAINABLE LOCAL NEWS AND INFORMATION ORGANIZATIONS, AND THE PHILADELPHIA NEWS ECOSYSTEM COLLABORATION GRANTS FOR PLANNING OR PROTOTYPE PROJECTS BRINGING TOGETHER ORGANIZATIONS IN THE PHILADELPHIA AREA FOR CLOSER COLLABORATION.

OTHER PROGRAM ACTIVITIES: THE LENFEST INSTITUTE SUPPORTS BOTH THE DIGITAL TRANSFORMATION OF HERITAGE NEWS ORGANIZATIONS AND THE ENTREPRENEURIAL EFFORTS OF YOUNG, INNOVATIVE COMPANIES. OTHER PROGRAM ACTIVITIES INCLUDE CONVENING, ADVISORY WORK, LEARNINGS SEMINARS, RESEARCH AND OTHER OUTREACH IN SUPPORT OF LOCAL JOURNALISM.

Again, read it carefully, wading through the obfuscatory language and you’ll notice it’s all about assembling the leftist narrative and propagating it by coordinating with like-minded politicos and the special interests they serve. Dimock is only a useful marker to draw attention to a story or two that serve the narrative.

For those who may read this and say “but you do advocacy, too” I agree. I also affiliate with like minded folks, but I don’t claim to be a journalist like the phonies at Lenfest, Capital & Main and the Inquirer and that makes all the difference. Journalism is dead and it’s been buried, so let’s have some honesty and stop pretending those Dimock articles are anything other than propaganda.