The diversity of our energy supply is critical if we want all-important reliability in such necessities such as heat, lights, hot food and electricity.

Early January saw a massive snowstorm in the Washington D.C. area that resulted in downed wires and electricity outages for many households and businesses. Over 50 miles of Interstate 95 was closed to traffic with thousands of people stranded for hours as traffic was stopped. Vehicles ran out of fuel and electricity. Many affected households and businesses rely entirely on electricity for their energy requirements, which is the way many blue states and the Biden administration are moving with their policies.

With the outages lasting days, owners are suffering and determined to buy petroleum or propane generators to avoid a future occurrence. All this shows is that diversity of supply is needed for a secure, affordable and reliable energy system and “electrifying everything” under the guise of climate may increase problems. It was only decades ago when diversity of supply was encouraged and supported with coal, nuclear, oil, natural gas, hydroelectric and renewable energy all contributing to the U.S. energy system. Without a diverse supply system, Americans will be faced with more outages than those that occur because of a random snow storm. 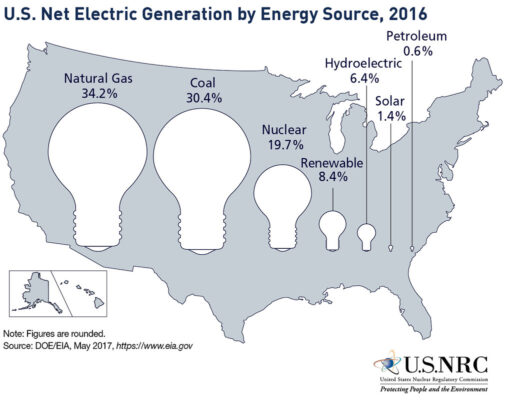 States and countries opting for less diverse energy systems have been hit by high electricity prices and rolling blackouts or outages. They include countries in Europe (Germany, Spain and the U.K. for example), California, and Texas.

Established in 2002, California’s Renewable Portfolio Standard requires electricity providers to ensure that renewable energy constitutes a specified minimum portion of their electric load. Since then, the state Legislature has modified, increased, and accelerated the standard several times: investor-owned electric utilities must serve 33 percent of their electric load by 2020 and 60 percent of their electric load by 2030 with renewable energy. In 2020, California indicated that the state met the 33 percent requirement, with solar contributing 15.4 percent of it and wind contributing 7.2 percent. Geothermal represented 5.9 percent. But, according to the Energy Information Administration, California’s average electricity price in 2020 was 18 cents per kilowatt hour—70 percent higher than the national average.

California gets 48 percent of its electric generation from natural gas and 8.5 percent from 2 nuclear reactors, which it plans to retire in 2024 and 2025. It will then be dependent on renewable energy, natural gas and imports for its electricity requirements.

California plans to go all electric, which is the path President Biden is also trying to follow for the United States. Various California cities have banned using natural gas in new buildings and Governor Gavin Newsom ordered that sales of new gasoline-powered cars be banned by 2035. During the summer, the California Air Resources Board proposed requiring all new light-duty cars sold in the state by 2025 be electric, and that refineries be shut down by 2035, which would effectively ban gasoline-powered cars. Forcing people to use electric vehicles will only drive demand for electricity higher at a time when the entire system is already stressed.

The agency has also passed new rules that will phase out the sale of gasoline-powered lawn equipment and generators—the latter becoming more prevalent with rolling blackouts that occurred in August 2020. The new rules will require most newly manufactured small off-road engines such as those found in leaf blowers, lawn mowers and other equipment be zero emission starting in 2024. Portable generators, including those in recreational vehicles, would be required to meet more stringent standards in 2024 and meet zero-emission standards starting in 2028.

California state law gives the California Air Resources Board wide power to reduce statewide emissions 40 percent below 1990 levels by 2030, and the agency has used this mandate to implement a cap-and-trade program, a low-carbon fuel standard, electric-vehicle and renewable electricity mandates, and other regulations that raise costs for residents and businesses. Despite all the state’s draconian policies, the state is unlikely to meet its 40 percent mandate.

California has been shuttering its coal, nuclear, and natural gas plants and building solar and wind farms to meet its mandates. When the state finds it has insufficient generating capacity to meet demand, it imports electricity from neighboring states, which currently supply 30 percent of California’s electricity. But, in the summer of 2020, a heat wave resulted in California needing to use rolling blackouts because neighboring states had insufficient power to bail them out.

To solve the problem, California bought batteries to store excess wind and solar power to be used when wind and solar are not producing. Shortly after the battery addition was made, the battery modules overheated, scorching battery racks and melting wires, and placing the storage facility offline at a time when California could be threatened by rolling blackouts again. To ensure reliability, the state took the precaution of installing five “temporary” natural gas plants so it hopefully would not have to “steal” power. Earlier during the past summer, California’s electric grid operator “stole” electricity that Arizona utilities had purchased and that was in transit from Oregon through California.

Despite, California not producing much coal-fired power, the state does import power from states with coal-fired generators. The state is not serving as a good example, but the Biden Administration still hopes to follow in its footsteps.

Germany plans on renewable energy meeting 80 percent of its power demand by 2030 by expanding wind and solar generation. The share of renewable energy in its electric sector was almost 41 percent in 2021, with coal generating just under 28 percent and natural gas generating around 15 percent. The German government decided to phase out nuclear power following Japan’s Fukushima reactor accident in 2011 when an earthquake and tsunami destroyed the coastal plant. Three of Germany’s 6 nuclear reactors, which combined generated 12 percent of the country’s power in 2021, were closed at the end of the year with the remaining 3 to be closed at the end of 2022. As it moves to reach its 80 percent renewable target, Germany will be shuttering more coal plants, which is currently slated for phase out by 2038.

German residential customers pay for the renewable subsidies that the country uses to encourage renewable power development. Before this winter when a natural gas shortage, severe winter weather and low winds caused electricity prices to skyrocket, German households were paying 3 times what U.S. residential customers pay for electricity. Now, their bills are even higher because of the lack of diverse supplies. Germany and much of the continent of Europe rely on natural gas from Russia to back-up their renewable energy. Russia is withholding some of those deliveries as it is pushing Nord Stream 2 to open, a pipeline that bypasses the Ukraine by going under the Baltic, and using more natural gas domestically during the current cold spell.

Germany now plans to become carbon-neutral by 2045 rather than 2050. The amended Climate Change Act also calls for cutting carbon dioxide emissions by at least 65 percent from 1990 levels by 2030. With nuclear power on its way out, coal’s exit set for 2038, and electricity demand expected to see a steep increase as vehicles go electric and hydrogen production increases, wind and solar power are expected to compensate. A hastier phase out of coal coupled with a slow uptake of renewables, which has recently been the case In Germany with wind power, and a higher increase in electricity demand would increase electric bills even more for German households and raise the probability of power outages.

A snow storm and power outages in the D.C. area raise the issue of diversity of energy supply both for the electric system and for households as well. States with Democratic Party-controlled legislatures and executives and the Biden administration are pushing for all electric homes and businesses and for electricity to be produced mainly from intermittent renewable energy, which Europe has found this winter to be unreliable as wind generation has been severely reduced due to low winds. A path of all electric homes and vehicles and electricity produced mainly from intermittent wind and solar is a path likely to be steeped with blackouts, expensive electricity and general disaster for businesses that need affordable and reliable energy.