[Editor’s Note: The idea electric cars can completely replace vehicles powered by internal combustion engines is – at its most innocent – a pipe dream. Too many believers in that dream are fooling nobody other than themselves.]

There are times when laughing at something is easy enough that doing so seems almost unfair. Making fun of electric cars and the pipe-dreaming pseudo-intellectuals who love them falls into that category.

In August of 2019, charging stations outnumbered gas stations in the United Kingdom, which probably seemed like wonderful news at the time to those whose life’s work is to oppose anything that burns. Three years later, things had changed over there as suppliers warned of greatly increased energy costs and consumers braced for the worst. At just about the same time, a solution that had always been obvious was suddenly being discussed with an enthusiasm that made it seem almost new. 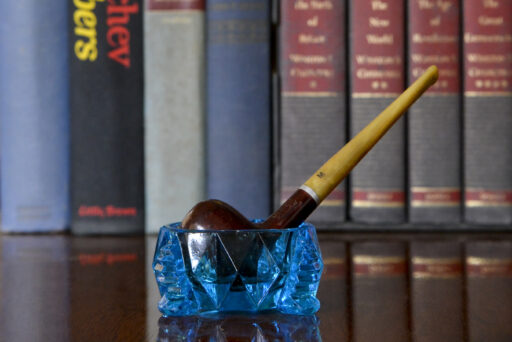 Granted that our friends in England aren’t facing quite the same nightmare as the one Floridians confronted more recently, it’s still important to consider what U.S. Transportation Secretary Pete Buttigieg believes is the plus side of electric vehicles in situations where energy supplies are limited or interrupted.

Never mind the inconvenient truth that plugging the house into an electric car works only as long as the car’s batteries have a charge and it’s not currently possible to walk to the local charging station with the electric version of a gas can to fill up. President Biden said essentially what Secretary Buttigieg said, though, so it must be a perfectly workable plan.

What neither of them said is that an everyday pickup – gasoline, diesel, propane or LNG – can do exactly the same thing. All it takes is one relatively small accessory that’s far less expensive than an electric vehicle. An inverter that provides AC power from a vehicle’s DC system isn’t exactly new technology and although it’s affordable, a high-output model that will power some essentials still won’t run every light and appliance in the house.

There are other approaches to inverters that can handle greater demands, but the best answer in many cases is a backup generator that doesn’t need a vehicle or any other outside power source. What it does need is fuel. Natural gas is perfectly suitable and when markets are allowed to function on their own, it’s abundant and affordable.

So with that supposed bonus tossed out there by Secretary Buttigieg and President Biden not quite what it seems, it’s best to think of an electric vehicle as just that, a vehicle.

Electrics might be fine for commuting or short trips, but no matter the hype and no matter the passion with which their out-of-control boosters hold forth, there are limits. Consider the fact that while many who drive pickups do so just because they like driving pickups, there are plenty of others who drive them for work. In other words, they depend on their trucks, but based on one driver’s experience, those who depend on electric pickups for work might need to dampen their expectations and judging by the comments about that video, they’ve already done that.

That pickup-owner isn’t alone, as the driver of a small electric car learned that there’s more than a little truth in that old cliché about patience’s being a virtue, as did the driver of another pickup that just wasn’t up to what really shouldn’t have been a challenge. Defenders say it’s only a matter of time until the infrastructure for electric vehicles matches that for internal combustion vehicles – or maybe exceeds it as mentioned above – but it’s doubtful that they’re thinking of the entire infrastructure in either case when they say that. If they are, “just a matter of time” is conveniently amorphous when it comes to the electrics’ support network.

Range as a concern, though, might be little more than a flash in the pan if some activists have their way. Proposals for geofencing focus – as proposals aimed at creating limitations generally do – on safety, the practicality of implementation and observations that the public has gradually accepted restrictions it once resisted with all of its might. That last item brings to mind with perfect clarity yet another cliché, the one about the slippery slope. Geofencing can easily be tweaked to establish borders and if that happens, range will no longer be the deciding factor in travel.

For now, though, if electric cars and the mania that surrounds them aren’t sufficiently laughable, technology has come to the rescue in the form of electric aircraft. Never mind the reference to “still-to-be-developed” battery technology and the lack of a “your-mileage-may-vary” qualifier when describing range. This is all about The Future and as it happens, The Future doesn’t always take off as predicted.