Electric Vehicle Mandate in UK Really About Controlling All of Us

[Editor’s Note: Boris Johnson has banned fracking and aims to force Brits into the electric vehicle they can’t afford, which means pushing them into cities.]

British Prime Minister Boris Johnson banned the sale of gasoline and diesel vehicles by 2030 in order to accomplish his carbon-free mandate by 2050. A recent study, however, found that one out of three motorists in Britain cannot afford even the cheapest electric vehicle. Ten million households will struggle to finance the transition from gasoline and diesel cars. Even middle-earning households will have difficulty paying for one of the least expensive leased electric vehicles—the £170-a-month ($227-a-month) Skoda Citigo. 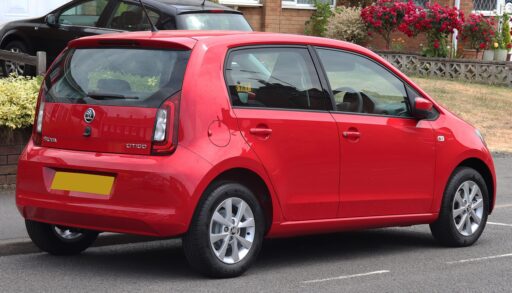 Drivers need to spend at least £2,100 ($2,800) a year on their current car, including fuel, to comfortably afford an electric vehicle, according to the Centre for Economics and Business Research (CEBR).  Those that spend around £1,800 ($2,400) could afford a plug-in car, but it would be tight, and those who spend around £1,400 ($1,867) will have difficulty. Drivers who spend up to that amount will find an electric vehicle impossible to afford, making it unaffordable for a third of the population.

More than half of British respondents to a Ford survey said they were put off buying an electric vehicle because of the price. Most electric vehicles are significantly more expensive than similar gasoline or diesel models, even with Government subsidies, with the cheapest starting from around £17,000 ($22,668). Ford’s all-electric cars start from £40,000 ($53,336). Buyers of electric vehicles get £3,000 ($4,000) subsidies on purchase, save about £1,000 ($1,333) a year by not paying fuel duties, get an exemption from vehicle tax, congestion charges etc., with a total taxpayer-provided subsidy around £10,000 ($13,334) over five years.

The issue is not only cost, but the recharging of batteries. Nearly half of car owners have no access to off street parking and will find it impossible to charge at home. With insufficient charging stations and long queues at existing ones, there is no guarantee that a driver will be able to recharge at his/her destination.

To accelerate sales of electric vehicles, the government will spend £1.3 billion ($1.7 billion) on electric vehicle charging stations, and nearly £500 million ($664 million) to develop and produce batteries for electric cars. The government will also spend £582 million ($773 million) in subsidies to make zero and ultra-low emission vehicles cheaper for people to buy.  Those, of course, are just initial cost estimates.

Other components of the British climate plan include quadrupling the production of offshore wind by 2030, boosting hydrogen and nuclear power, improving public transportation and making homes and public buildings more energy efficient. The government also wants to develop technology that allows carbon emissions to be captured and sequestered.

British drivers are not enamored with electric vehicles because of their higher up-front cost and the lack of charging stations both on the street and at their homes since many motorists need to park on the street. Entry-level electric vehicles are around £5,000 ($6,667) more expensive than equivalent gasoline or diesel models, but U.K. subsidies spread over 5 years could make up that difference. However, it appears that governments no longer care what their weary constituents want any more. The climate lobbyists are winning in transforming the global energy system that has supported economies for decades to one that will restrict movement and hamper progress as reliable energy will be in short supply and much more expensive for consumers.

Editor’s Note: This is a deeply disturbing move on the part of Boris, who appears to have no principles. He earlier banned fracking in the UK, even though the Brits have huge reserves of shale gas. Now, he wants to force his constituents into electric vehicles, if they can afford them, and most cannot. Therefore, the practical effect of his edict is to deprive UK residents of most of their freedom to travel and force them into cities with mass transportation ripe for diseases such as the WuFlu a/k/a Chinese virus, not to mention mad knife-wielding extremists hanging out on the London Bridge or in the subways with the virus. Is this part of the “Great Reset” our elite ruling class wants to impose on us, using global warming and the Chinese virus as excuses? How long, if Joe Biden does become our President, before we are subjected to the same sort of tyranny here in the US?