Electric Vehicles and Other Lies Joe Biden Is Selling

Electric Vehicles and Other Lies Joe Biden Is Selling

[Editor’s Note: Illicit tax credits for electric vehicles are just the latest examples of the corporatism at the core of the climate scam and Joe Biden’s lies about everything.]

To Senator Manchin’s dismay, Biden’s Treasury Department is allowing the tax credit for electric vehicles to be claimed if the vehicle is leased regardless of where the battery components and vehicle were manufactured. The intent of the Inflation Reduction Act was for the tax credit to be applied to electric vehicles that were manufactured from components made in the United States or its allies to develop those industries at home and not to be reliant on autocratic countries.

Europe’s skyrocketing energy costs and inflation are, in part, due to its reliance on Russian energy supplies, which could occur again since China dominates the electric battery supply chain and President Biden is bent on electrifying the U.S. economy. 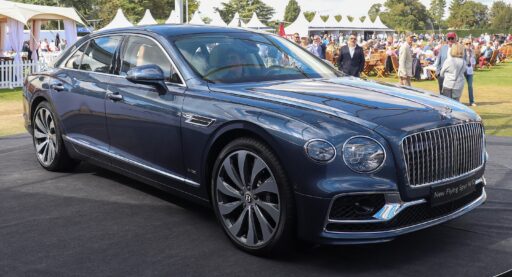 Bentley Flying Spur hybrid with a starting price of $215,000 to $393,000 that is now eligible for illicit Biden tax credit and Joe Manchin can be as angry as he wants about it but he made it possible by selling out to Biden on the so called “Inflation Reduction Act.”

According to Senator Joe Manchin, Treasury’s guidance “bends to the desires of the companies looking for loopholes and is clearly inconsistent with the intent of the law.” Manchin plans to introduce legislation that “clarifies the original intent of the law and prevents this dangerous interpretation from Treasury from moving forward.” Part of the objection stems from very expensive foreign automobiles such as a Bentley Flying Spur hybrid and other vehicles which are now eligible for tax breaks. These vehicles can approach $300,000 in price and are clearly purchased by only the wealthiest of Americans.

The intent of the legislation was to:

Half of the $7,500 tax credit ($3,750) is tied to an increasing share of EV battery components being made in North America, and the other half to its minerals being extracted or processed in the United States or countries with which the U.S. has a free-trade agreement. Under the law as written, few EV models are expected to qualify for even half of the credit in coming years.

Over the holidays, Treasury issued guidance that would help automakers circumvent the restrictions by letting electric vehicles leased to consumers qualify as “commercial clean vehicles,” which do not include North American manufacturing, material sourcing, income or price restrictions. The law’s commercial EV tax credit was intended for Amazon, UPS and contractors. But under Treasury’s interpretation, a BMW i7 (retail price of $119,300) leased to a consumer would qualify for the commercial vehicle credit whether or not it is used by a business. That is also true for other electric vehicles no matter their cost or their manufacturing location.

About 28 percent of new electric vehicles are leased. Many EV drivers prefer leases because they expect battery technology to improve and their resale value to fall quickly. Treasury’s guidance will encourage dealers to lease electric vehicles instead of selling them, and customers may find lease financing more attractive.

In the case of a lease, the dealer would receive the commercial credit, not the person leasing the vehicle, and dealer would need to pass the savings from the tax credit on to the consumer. If the dealer does pass the savings along, drivers could get the $7,500 tax credit on a car made outside North America as well as high-income consumers and those who lease a high-cost electric vehicle such as a Tesla Model S or X, or for that matter, a Bentley.

Biden’s Treasury Department is circumventing the intent of the Inflation Reduction Act with respect to the electric vehicle tax credit, allowing leased vehicles to be considered “commercial clean vehicles” so that restrictions in the law do not apply to them. This is all part of President Biden’s plan to electrify the U.S. economy and eliminate fossil fuels, despite whether sufficient electric resources exist to avoid rolling blackouts and outages as recently occurred due to the Arctic blast.

Further, the movement from petroleum-based vehicles to electric vehicles puts the United States at the mercy of an autocratic country that controls the battery supply chain and the processing of critical minerals. A 2022 analysis of the EV supply chain from the International Energy Agency shows that the vast majority of minerals, components, and battery cells are currently sourced from China.

The Biden Administration released its new rules over the holidays hoping people would not be paying attention to their departure from clear intent expressed in the law by Congress. So, if you have ever wanted to drive a Bentley hybrid for almost $300,000, now is your chance.  American taxpayers will help pay for your whim, and your car has plenty of space to put a bumper sticker stating that you are saving the climate.