[Editor’s Note: Joe Biden’s policies are creating shortages on every level, from baby formula to every other human need. Sadly, electricity shortages are now in the mix, too.]

Americans can expect to see electricity shortages this summer as traditional power plants are being retired more quickly than they can be replaced by renewable energy and their required battery storage, the electric grid’s independent system operators warn. Power grids are straining as conventional power plants fueled by coal and nuclear are being retired for intermittent forms of energy such as wind and solar power that need back up from traditional plants or from battery storage.

Wind and solar farms cannot produce electricity 24/7 as Americans demand it and need expensive and large batteries to store their output for later use. While some battery storage capacity is being added, independent grid operators have warned that the rate of the additions may not be fast enough to offset the closures of traditional power plants that can supply power 24 hours a day, 7 days a week.

Supply chain issues and inflation have slowed adding renewable energy capacity and storage batteries. Further, a probe by the Commerce Department into whether Chinese solar manufacturers are circumventing trade tariffs on solar panels has stopped imports of them and or key components needed to add solar capacity, bringing the U.S. solar industry to a standstill.

Further exasperating the problem is the push by the Biden administration and many blue states to electrify home heating and cooking and the sales of electric vehicles that will increase power demand in the future. 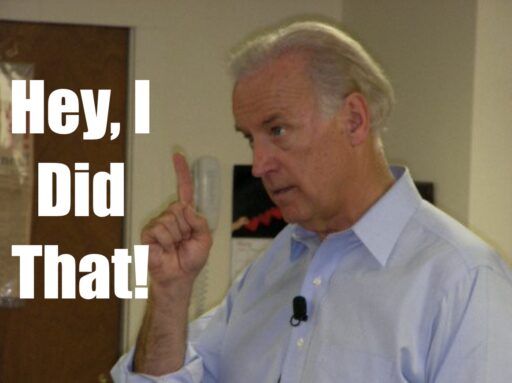 In California, regulators have indicated that as much as 3,800 megawatts of new renewable capacity may face delays through 2025, posing a major challenge since the state is procuring a huge amount of renewable energy and storage to offset the closure of several gas-fired power plants and the Diablo Canyon nuclear plant. Governor Gavin Newsom indicated that he may consider keeping the nuclear plant online to reduce the risk of shortages, despite campaigning to shut California’s largest single source of carbon-free electricity.

The Midcontinent Independent System Operator (MISO), which oversees a large regional grid spanning much of the Midwest, indicated that capacity shortages may force it to take emergency measures to meet summer demand, mentioning that outages may occur. MISO has undertaken an effort to better value different types of resourcesbased on their ability to support the grid at different times during the year and under various conditions. It is also working to improve the transfer of power across regions when needed.

Nevertheless, the whole strategy of such an energy transition is foolhardy at best.

The belief is that battery storage can do the job, but when no wind is blowing and no sun is shining there will be no excess power to put in the batteries for later use. Plus, the cost of battery storage is very expensive and its cost is not built into the cost of wind and solar power that these promotors want the public to believe are inexpensive technologies.

The alternatives of reaching net zero carbon by expanding nuclear power has been made impractical by regulatory obstruction and locations for hydroelectric capacity have been mostly developed. The only option that remains is more generation from wind and solar facilities that have extensive government subsidies, tax benefits and state mandates. While existing fossil fuel generators, and particularly natural gas ones, are fully capable of providing the back-up needed by a principally wind and solar electricity generation system, that option is not allowed by President Biden.

To have an entirely wind and solar generation system and make it through a year without a catastrophic failure, one needs approximately a three-times overbuild (based on rated capacity) of the wind and solar system, plus storage for 24 to 30 days of average usage. As an example, California’s average electricity usage for 2020 was about 31 gigawatts.

To calculate the storage needed in gigawatt hours, multiplying the average usage in gigawatts by 30 days and 24 hours per day, gives 22,320 gigawatt hours of storage. For “everything to be electrified” triple the number to 66,960 gigawatt hours. At current costs of a Tesla-type lithium-ion battery (~$150 per kilowatt hour), it will cost California around $10 trillion. But that figure does not include the cost of the three-times overbuild of the generation system to account for charging of the batteries when the sun is shining and wind blowing. Also, Tesla-style batteries cannot hold their charge for months on end.

Biden’s energy transition should be supported by engineering studies to show how much battery power is needed and at what national cost. But such studies do not exist. One analyst calculated the cost of such a system as well over $100 trillion, assuming that battery technology exists and can store large amounts of energy for months on end for discharge later and assuming current levels of electricity demand.

That is more than the entire U.S. GDP, which is currently around $23 trillion. Nonetheless, President Biden wants to accomplish his carbon-free electricity goal by 2035. (The assumptions were a storage need of 250,000 gigawatt hours for the United States at current electricity usage and the second cheapest battery based on zinc technology, at $433 per kilowatt hour.)

The consequences of massively building wind turbines and solar panels, while forcing the closure of fully-operational power plants burning coal, oil and natural gas is dire. It could be that millions may be left without heat or that a fully-electrified transportation system gets knocked out, stranding millions. Military capabilities could also get disabled, making the United States vulnerable to attack, given Biden’s promise to make all vehicles in the military run on new forms of energy.

Independent system operators are warning that Americans can expect electricity shortages this summer, which will potentially cause blackouts. Those shortages are caused by the reckless move of transitioning the country to wind and solar power and retiring existing conventional generating technologies fueled by coal, natural gas and nuclear power.

Despite the capital costs of most of the current conventional technologies having already been paid by consumers, President Biden wants Americans to spend trillions to obtain a net-zero carbon grid by 2035 and to further electrify the U.S. economy, which will increase electricity demand. After decades of subsidies and mandates, wind and solar units currently generate only 12 percent of the electricity in the United States, and a much smaller portion of overall energy consumption.