Energize PA will enable more natural gas use in the very communities, mostly rural, where it is produced, adding still another benefit from its production.

High on a ridge overlooking Interstate 81 as it slices toward the New York boarder through Susquehanna County, a large group of industry advocates gathered to hear what Rep. Jonathan Fritz (Susquehanna/Wayne) and other elected officials had to say about the House’s Energize PA legislation. Also known as HB1103, the package would streamline the application process for natural gas distribution projects, increase the amount of the current PIPE grants by $500,000, and create a supplemental $500,000 grant for gate stations for new utility systems.

Specifically, the new Energize PA grants will expedite the construction of the final miles of distribution lines and other infrastructure needed to get natural gas to industrial parks, existing businesses, school districts and, subsequently, rural communities like nearby Gibson and New Milford.

“Here in the Commonwealth, the oil and gas industry generates billions in revenue,” said Fritz. “At the same time, it provides meaningful, family-sustaining pay for many of our residents.”

“It has been a tremendous opportunity for us and to landowners,” Susquehanna County commissioner Alan Hall related. An estimated $2 billion in revenue generated over the past decade in a county with a population of 40,000 “is pretty remarkable,” he added. Additionally, Hall noted, municipalities have been able to buy equipment and construct new buildings without raising taxes.

Susquehanna County’s penchant fund is fully funded and self-supportive. “The county has no debt,” Hall declared. “Everything is paid for with cash.”

Fritz shared the podium with numerous officials, including Speaker of the House Rep. Mike Turzai (Allegheny), who echoed the goal of those attending of making sure that family-sustaining jobs stay in Pennsylvania. “When you have that, you have great communities and great schools,” he stated.

Turzai and Rep. Joshua Kale of Beaver County have seen, first-hand, the rapid returns on properly managed funds and tax breaks brokered at the state level. Beaver County is home to a $7-billion ethane cracker plant project that led to the construction of two dozen more hotels, not just for the immediate influx of workers, Turzai noted, but “for what is to become because of the plant,” in reference to jobs related to ethane byproducts like energy and fertilizers.

As one of six siblings, Kail related, he grew up in an era when graduates were encouraged to leave the state to find lucrative employment. Now a father of six children of his own, Kail remarked, “I’d like to see a day that they will stay right here in Pennsylvania.”

Sen. Lisa Baker shared her excitement with those in attendance that the HB1103 initiative expands the scope of state support beyond its western regions. “This tax credit will concentrate on dry gas right here in northeastern PA,” she stated. “We are looking at Wyoming and Susquehanna Counties to expand natural gas, not only to the hospitals and businesses but also to the community.”

Turzai maintains that he has lobbied intensively with Fritz to move HB1103 through the legislature. “I keep telling my fellow House members, ‘You know; two thirds of Pennsylvania is above Route 80.’ There needs to be job growth all over Pennsylvania.” As a final, encouraging reference to the Shell Petro plant and what he expects to see here, Turzai said, “It’s one thing to have hope. It’s another thing to see it happen. It’s going to transform your counties.”

According to Rep. Aaron Kauffer, efforts by him and fellow Luzerne County representative Tarah Toohill will help to attract at least $1-billion in downstream value-added industries to northeastern Pennsylvania. Luzerne and Lackawanna counties have much to gain from affordable. Abundant, and accessible natural gas and the growth of industries that provide support to the gas fields.

The event was held at a large, relatively new industrial park, a prime example of the expansion of RHL Companies of Montrose. While the park currently handles a large mulching operation, tow thirds of the park’s 80-plus acres are being cleared and leveled to attract light manufacturing jobs to the county. Fritz referred to owner Robert Heed III as a “poster child” for rapid business growth in the wake of natural gas development.

Fritz addressed detractors of the industry, many of them from southeastern Pennsylvania, where the notion that gas drilling and its related infrastructure has scarred the land. “Take a ride on a country road and see for yourself how un-disturbed Susquehanna County is,” he stated. “Our transition to natural gas has already reduced greenhouse gas emissions by double digits. There is no discernible impact on water supplies, despite rhetoric to the contrary.”

While Fritz suggested that neighboring New York state is “already eating our lunch,” in reference to moratoriums there on hydraulic fracturing and pipeline expansion, he noted that Pennsylvania’s other neighbors are doing a better job at assisting the industry and attracting related businesses.

“We too paralyze business with red tape,” Fritz asserted. “By further embracing this clean energy industry, we are beginning to see a real renaissance in Pennsylvania.” 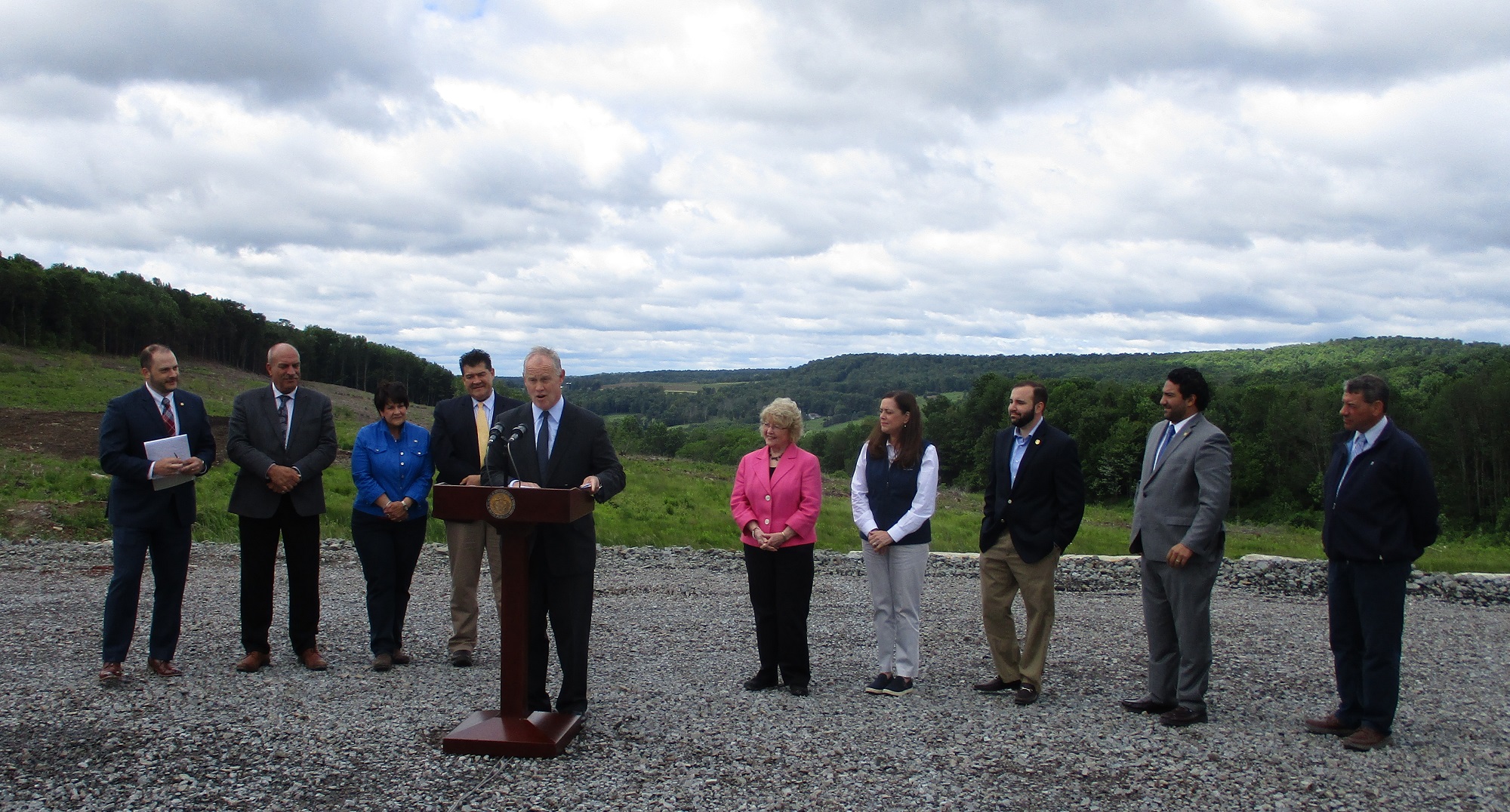