Energy Transition Game Will Only Be Won with A Good Offense!

Energy Transition Game Will Only Be Won with A Good Offense!

[Editor’s Note: The energy transition game will only be won by playing offense. We need to help transition others from being “woke “to being real, speaking truth to power.]

Playing offense against the critics of oil and gas is good business. It was courageous back then, and it is ESG’ish today. After all, none other than the head of the International Energy Agency (IEA), Fatih Birol, said More Oil Now. And so did U.S. DOE Secretary Jennifer Granholm.

Remember when Innovex Downhole Solutions called out North Face when the latter refused to fill a shirt order because the customer was an oil company? That backfired after Adam Anderson, CEO of Innovex, publicly shamed Steve Rendle, CEO of North Face parent VF Corporation. That took courage and was good business. After all, North Face’s products are all about hydrocarbon energy on close inspection. 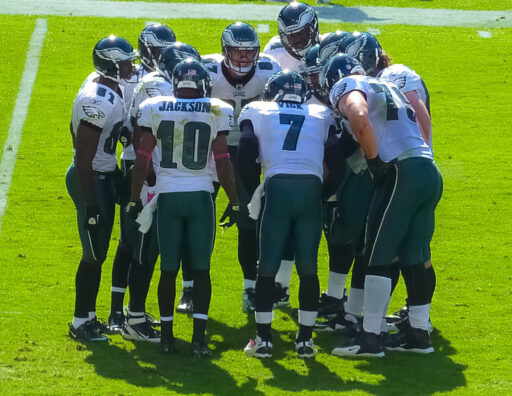 And now, with the tables turned, oil and gas and coal are fighting back–and winning. Alex Epstein’s heroic efforts from social media to lectures to books have given the fossil fuels industries (including coal) a roadmap to success in the public relations arena.

And Epstein now has prominent companies in the fold. One is Liberty Energy, whose president Ron Gusek recently reported at LinkedIn:

We held our Q2 earnings call yesterday. While we have much to celebrate here at Liberty, I thought [CEO Christopher Wright’s] closing remarks did a great job summarizing just how challenging the global energy situation is and I hope serve as a rallying cry for our industry. It’s time to stand up and be counted!

The world is gripped today by a serious energy and food crisis that is of our own making. It is not, in fact, due to any shortage of available resources. It is due entirely to investment decisions and a growing myriad of barriers to investments in hydrocarbons. The very hydrocarbons without which the modern world is simply not possible.

It is admirable that the public, regulators and our industry are keen to improve the quality and cleanliness of our activities. It is not admirable that so many emotionally driven, fact-free impediments to investment have come from government regulations, NGO litigation and lobbying, and Wall Street too often equating lower GHG with better in all cases

The blame for the current energy crisis also falls on our industry for too often compliantly going along with the endless anti-hydrocarbon fashion of today.

Certainly, it has not been political leaders, activists, academics or celebrities. It is US that must carry that torch. Otherwise, the immense human damage we see today from the Lack of investment in hydrocarbon production and hydrocarbon infrastructure will be only the beginning of a calamitous crisis.

Towards that end, I strongly encourage everyone to read Liberty’s improved and expanded version of Bettering Human Lives that was released on our website last night. It touches on many critical issues that are either overlooked, misunderstood or simply ignored.

This is effectively playing offense. The list of secure, emboldened oil and gas (and coal) executives is growing and should grow, all with a positive message about their products for modern living and elevating the poor.

The real ‘energy transition’ is about woke to reality; truth to power; consumer/investor focus.