EPA Now Between A Rock and A Hard Place on CO2

EPA Now Between A Rock and A Hard Place on CO2

[Editor’s Note: The Supreme Court just put the EPA in a very tough position; telling the agency it couldn’t just grab power at will to regulate in the name of global warming.]

There are lots of happy reports on the Supreme Court’s ruling throwing out EPA’s so-called Clean Power Plan. Some go so far as to suggest that EPA is barred from regulating power plant CO2 emissions.

It is not quite that simple and the result is rather amusing. EPA is still required to regulate CO2 under the terms of the Clean Air Act, but that Act provides no way to do that regulation. The Clean Power Plan attempted to expand an obscure minor clause in the Act to do the job but SCOTUS correctly ruled that the clause does not confer that kind of massive authority. 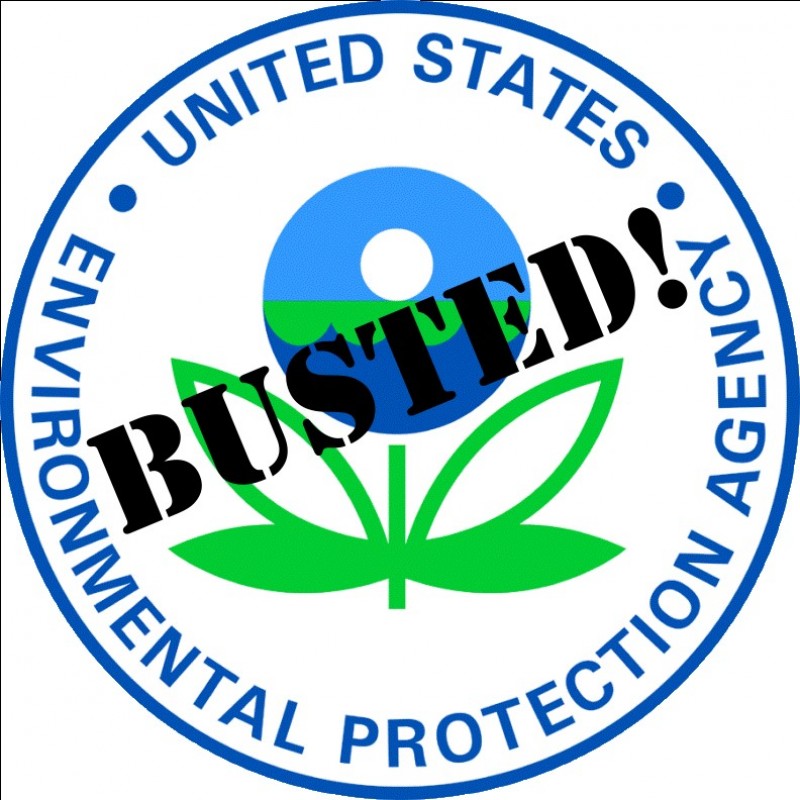 EPA is between a rock and a hard place. It should tell Congress that it cannot do the job and needs a new law, along the lines of the SO2 law added to the Act in 1990, curbing emissions. But such a law has zero chance of passing in the foreseeable future.

EPA is stuck. What they will now do is anybody’s guess. Enjoy their dilemma!

Here is a bit more detail on the situation.

On one hand EPA’s legal mandate to regulate CO2 under the Clean Air Act is clear. First the (prior) Supreme Court ruled that CO2 was a “pollutant” under the Act. This is because buried in the 1990 Amendments was a clause adding causing climate change to the definition of “pollutant”. The Court accepted the government’s claim that the CO2 increase could cause climate change. The new Court could change this but is unlikely to do so.

Given CO2 as a pollutant under the Act, EPA was required to decide if it was dangerous to human well being or not. It then produced an “endangerment finding” saying that CO2 was indeed a threat.

Given these two steps the Act then requires EPA to regulate CO2. It has been trying to figure out how to do so ever since.

The deep problem is that the Clean Air Act specifies very specific regulatory actions, none of which work for CO2. This is because CO2 is nothing like the true pollutants that the Act was developed to regulate.

The Act’s mainline mechanism is the NAAQS (pronounced “nacks”) which stands for National Ambient Air Quality Standards. These standards specify the ambient concentration levels allowed for various pollutants. Carbon dioxide’s cousin carbon monoxide is one of these pollutants. Locations that exceed the NAAQS receive stiff penalties.

Clearly this mechanism assumes that local levels are due to local emissions, which can be controlled to achieve and maintain compliance.

But CO2 is nothing like that. There is no way America can control the ambient CO2 level. Even if humans are causing that level (which is itself controversial), it is then based on global emissions. CO2 is not a local pollutant.

For a CO2 NAAQS EPA could either set the standard below the global level or above it. If below then all of America would be out of compliance and subject to the Act’s penalties, with no way to comply. It is very unlikely that the Court’s would allow these universal endless penalties.

If the CO2 NAAQS were above the present level then there would be no legal basis for EPA taking any action, since compliance was complete.

So the NAAQS mechanism simply does not work.

Another major mechanism is to control the emissions of what are called “hazardous air pollutants” or HAPS. EPA explains it this way:

“Hazardous air pollutants are those known to cause cancer and other serious health impacts.  The Clean Air Act requires the EPA to regulate toxic air pollutants, also known as air toxics, from categories of industrial facilities.”

But CO2 is nontoxic, so not a HAP. In fact our exhaled breath contains over one hundred times the ambient level of CO2, that is over 40,000 ppm. Clearly if ambient 400 ppm CO2 were toxic we would all be dead. It would be absurd for EPA to try to classify CO2 as a HAP. No Court would stand for it.

The only other piece of Clean Air Act that EPA might try to use is called “New Source Performance Standards” but as the name says they only apply to new construction (or major modifications). The myriad existing fossil fueled power plants that supply our daily juice would not be covered. Even worse if EPA drove up the cost of new gas fired plants we would likely restart the host of retired coal fueled plants. What a hoot that would be!

So there you have it. EPA bought itself CO2 as a Clean Air Act pollutant, but there is no way under the Act to regulate it. To mix metaphors, EPA is all dressed up with no place to go. The Supreme Court decision returned EPA to its regulatory dead end.

I find this ridiculous situation to be truly laughable. What were they thinking? Does the EPA Administrator understand this? Has he told the President? How about Congress?

EPA’s problem with CO2 is much deeper than the latest Supreme Court Decision. The Clean Air Act simply does not work for CO2. What will EPA do?