ESG Spreads from Europe to New York and API

ESG: Is It Just A Move Toward Oil and Gas Nationalization?

[Editor’s Note: Our friend Jason Spiess, host of The Crude Life, has now created ESG University, where the dangers of ESG and those who are relentlessly pushing it are regularly exposed. He addresses a serious issue with his own distinct brand of humor.]

Over the weekend week I was catching up on my reading with a couple of hippie do-goodery publications like “Peas On Earth” and “New Jack Hippie”, and came across an interesting news brief (from last year) about the European city of Brussels creating a world where deisel and gasoline cars will not be allowed in their city.

It’s almost like a World Movie Premiere for America.  What energy regulations happen in Europe is a preview or movie trailer for our impending realities.  Coming Soon to a Local Law Near You!

This snarky thought got me motivated to do an Internet Search on that little news brief to read more. To my surprise, Paris, France, just introduced a similar vehicle ban, more on that in second. But first, here’s the skinny on Brussels regulation.

New sales of diesel cars will be prohibited 2030, and new gasoline car sales will be illegal in 2035. The move is in accordance with existing efforts in Brussels to reduce pollution, and the EU goal of achieving net-zero carbon emissions 2050.

In Paris, their officials plan to ban private vehicles from the “historic heart” of the city by early 2024 in a move designed to decrease congestion and improve air quality in the French capital. It should be noted that the 2024 goal represents a two year delay on the original 2022 timeline. Yet the majority of the news articles are about their quest and positive platitudes rather than the realities involved with the growing pains and failed goals.

They even go so far as to call the area a “tranquil zone” and it will focus on the city’s first four arrondissements and includes the city’s two islands on the Seine which host the Notre-Dame cathedral and Sainte-Chapelle.

Now, consider this. Rather than banning all private vehicles, it will target through-traffic that’s thought to make up around half of vehicles on the roads in the area. Delivery drivers will still have access, and people will still be able to drive into the area to visit friends, or access amenities like shops or the theater.

It’s estimated that the ban will take over 100,000 private cars off the roads daily. Did you catch the adjective “private” before cars. There will be cars downtown, just not yours unless they approve it.

The snarky side of me wonders how much of this regulation is based on the public image that comes with hosting the Olympics.  Paris is scheduled to host the 2024 Olympics.  Just saying.

In true Olympic fashion, I can just hear the sound of a number of American Regulators sprinting to their city and county council meetings to be the first one to introduce this progressive, green, feel good, can’t argue against or you hate children and the planet regulation.  Maybe they will even get a gold medal like Paris in 2024.  Excuse me… Green Medal.  There might even be a Blue Ribbon Task Force.

Just imagine the total amazeballs social media moment for that progressive young newcomer to politics. Like, they might get like 1,000 likes. It’s almost as if you can see the nexus of the climate activism seeds planted by a 16-year old European girl getting their roots in America while the social media world becomes global through Tik Tok and ideological wars of triggers.

There are a couple other points about European Energy I would like to point out. The majority of the east coast off shore wind turbines are owned by foreign companies. I believe Dominion Energy owns one, maybe a couple more. It’s been a year since I’ve checked that wind energy stat.

I would invite everyone to listen to this interview with Mike Rentfrow co-owner of Blue Boat Sub Sea from 2020 (click photo to play): 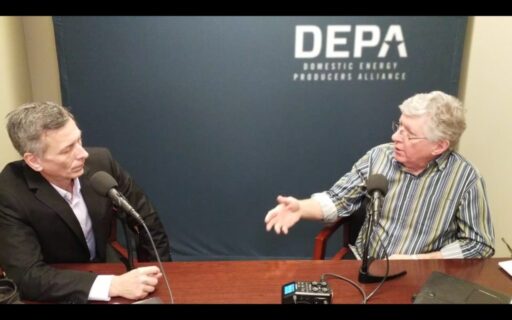 Rentfrow shares his story of how the government managed marketplace transitioned his company into wind energy after working in the oil and gas industry for 29 years.  They wanted to stay in oil and gas, but the new marketplace directed their business.

Prior to 2020, Rentfrow worked primarily in oil and gas. Over the past two years he has seen his business contracts and bids shift to 80% wind and only 20% oil and gas. Rentfrow adds that most of his oil and gas work is decommissioning off shore wells and pipelines.

Rentfrow explains how his path became directed by the emerging social engineered renewable market, government intervention into the marketplace and foreign influences with global energy policies.

Any way you chose to look at it, the body of work is done. People often mistake reporting or citing fact as political. The next couple of paragraphs started out political when originally said, but now, as I type this, it is nothing short than reporting an event, some quotes and action.  But we live in a world of killing the messenger, not the person who committed the action, so not many will talk about what I am about to discuss with you.

“The American Petroleum Institute’s (API) endorsement of carbon pricing (the first step toward a carbon tax) represents another effort by large multinational conglomerates pandering to bureaucrats, politicians, and Green New Deal activists at the expense of American energy and industrial independence and the American working class,” Simmons wrote in the public letter in March 2021.

As many are watching the Russian Ukraine War via social media and 24-News Networks, many forget the fact that Europe still has to rely on Russia for their power. For their heat.

Today, as war wages, the EU is the largest importer of natural gas in the world, according to the Directorate-General for Energy for the EU, with the largest share of its gas coming from Russia (41%), Norway (24%) and Algeria (11%).

Here’s an article from CNBC explaining why Europe is so dependent on Russia for energy, primarily natural gas.

One could argue the root cause for the entire Russia/Ukraine conflict is pipeline related. Pipelines symbolize flowing energy and economies.

A serious dispute began in March 2005 over the price of natural gas supplied and the cost of transit. During this conflict, Russia claimed Ukraine was not paying for gas, but diverting that which was intended to be exported to the EU from the pipelines. Petty politics began.

The denials, finger pointing and petty politics continued for 16 years. One could argue that a pipeline could have solves these problems if not nipped them in the bud. Here’s one reason why.

In 2021 natural gas prices in the European Union have risen as high as 800% from the beginning of the year. The dispute is over the Nord Stream 2 Gas pipeline and other disputes such as Yamal-Europe pipeline are a couple other examples too.

Last week I interviewed Daniel Turner, Power The Future, who lives upstate New York and after the interview we joked that in true-Paul Revere fashion, he should promptly display three Red LED Lantern Lights at the Old North Church to warn everyone the Russians are coming to America. Click photo to play. 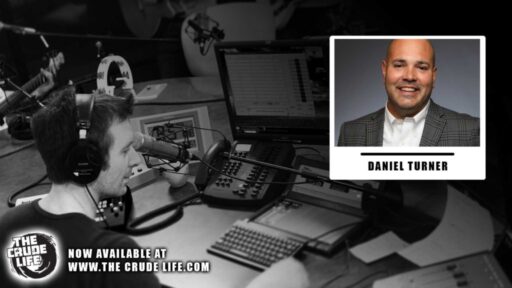 In the original American Energy story, Paul Revere arranged to have a signal lit in the Old North Church, one lantern if the British were coming by land and two lanterns if they were coming by sea, and began to make preparations for his ride to alert the local militias and citizens about the impending attack. “One if by land, and two if by sea.”

Only with Daniel Turner, he sounded the New York Natural Gas Ban alarm as a way for Russia to invade the United States’ way of life and American Energy.

“We’ve hurt our supply so much in America, that we need to make up for it,” Turner said. “And if we don’t get it from Canada or domestically we have to get it elsewhere. Right now there are tankers of Russian natural gas in Boston Harbor.”

Class dismissed til next week.

Questions on today’s lesson?  Know someone using Ethical Energy?  ESG University wants to know who these leaders are as we continue to showcase and highlight ESG solutions in energy.  Email us at with names of companies, people and organizations showing ESG in action.