[Editor’s Note: We all told you so, many times. Europe is the canary in the coal mine. It’s telling us climate virtue signaling at the expense of the citizenry (e.g., California, New York) yields disaster.]

There is being caught between a rock and a hard place, and then there’s Europe. The continent’s squeeze between a severe energy shortage and a policy of phasing out fossil fuels — the world’s most widely available energy source — got tighter Sept. 2 when Russia’s Gazprom stopped its natural gas supply to Europe through the Nord Stream 1 pipeline due to “oil leakage.”

Experiencing astronomical power prices and anticipating an energy-starved winter, citizens are saddled with their leaders’ pursuit of a green utopia that has denied them access to adequate supplies of coal, natural gas and oil. Consumers are left largely at the mercy of expensive and unreliable solar and wind power.

For many of us, Europe’s self-imposed disaster is a warning of what’s to come should our leaders insist on pursuing a carbon-free nirvana — an absurdity that is not even possible. However, for those faced with eye-popping price hikes, the situation is life altering!

In the UK, many small businesses have no choice but to shut down this winter. James Allcock of Beverley, England, says that the electricity prices for his tiny 22-seat restaurant has risen from 2,928 pounds a year to 22,516 pounds. “Unsure what to actually do next but as a business that cost would now be more than I pay in rent and more than I take some months,” he laments. “I simply don’t have the money for this.”

For slightly bigger businesses, the situation is even worse.  Premier Seafoods Ltd, award-winning fishmongers in Grimsby, England, tweeted, “I have two meters in my business. Jointly, currently, 21,000 pounds.  Quoted to go to a combined 91,000 pounds. What on earth do I do?” 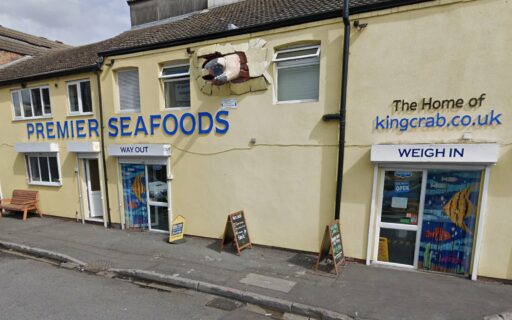 UK’s Federation of Small Businesses reports, “Nearly 15 percent of small- and medium-sized firms polled fear they may have to close or downsize as a direct result of the spiraling energy bills.”

In Germany, high energy prices have caused manufacturers to stop production. The country’s finance minister says that the trend in the manufacturing sector is “alarming.” And there are dozens of other EU countries where small business owners have expressed their helpless situation on Twitter.

Even during this difficult situation, many so called experts seem to be out of touch with reality. Instead of seeking ways to improve energy production, they advise Europeans to reduce energy use. One expert says Europe must reduce energy demand — even as winter is approaching.

Last week, outgoing British Prime Minister Boris Johnson blamed previous governments for the crisis and lamented not having enough nuclear plants. However, like many EU leaders, he steered away from using coal to generate more electricity or increasing fracking to produce more domestic natural gas.

Since then, Liz Truss has been named to replace Mr. Johnson. She speaks of producing more energy while indicating support for the green’s net zero nonsense. Where this actually goes for the UK remains to be seen.

Nonetheless, for many Europeans the prescription for their pain is more pain: Reduced energy supplies, economic stagnation and cold homes.

Addressing the political nature of energy crisis, British journalist Julia Hartley-Brewer tweeted, “The fact that we’re talking about rationing energy, kids dying from the cold, thousands of businesses facing closure, millions unable to afford to keep warm this winter, should be a matter of national shame…None of this just ‘happened’… It’s the result of political choices.”

While political leaders — and their cheerleaders in academia and the bureaucracies — live comfortably on taxpayer-funded salaries, citizens suffer.

Authored by Vijay Jayaraj  and originally published at Real Clear Energy, September 7, 2022. Jayaraj is a Research Associate at the CO2 Coalition, Arlington, VA, and holds a master’s degree in environmental sciences from the University of East Anglia, UK. He resides in Bengaluru, India.