Europe Waking Up from Green Dream That Became A Nightmare?

Europe Waking Up from Green Dream That Became A Nightmare?

[Editor’s Note: Europe has been in slumbering for years now, lost in a deep sleep and dreaming green fantasies, but has it been awakened by the Russian bear’s growls?]

Europe is changing its view of where it gets its energy imports due to Russia’s invasion of Ukraine, and is now wanting out of Russia’s clutches and its imports of oil, natural gas and coal. Poland using coal and U.S LNG and France —awash in nuclear—are in better shape than Britain and Germany. Germany, for example, gets about 55 percent of its natural gas, 35 percent of its oil and half its coal from Russia.

Britain with just one coal plant remaining and lots of unreliable wind mills, is now thinking about removing its ban on hydraulic fracturing, in place since 2019, to help diversify the UK’s energy supply. Regardless of its position on fracking, Britain plans to phase out Russian oil imports by the end of the year, and France’s TotalEnergies said it would also stop buying Russian oil by the end of this year. 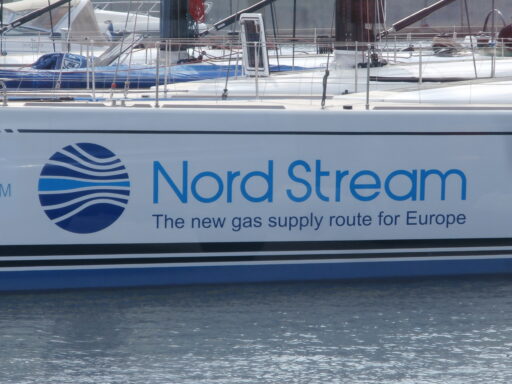 Germany is in a tougher position. German Chancellor Olaf Scholz indicated that ending the country’s reliance on Russian imports “from one day to the next would mean plunging our country and all of Europe into recession.” It was just a few years ago that President Trump encouraged Germany to build LNG terminals to accept “molecules of freedom” – U.S. produced natural gas, but instead it opted for Nord Stream 2 and Russian natural gas. With Russia’s invasion of Ukraine, Germany has stopped the certification of Nord Stream 2 and announced the construction of two liquefied natural gas terminals, working on a deal with Qatar for natural gas.

According to a draft plan, Germany is even considering suspending its planned decommissioning of coal-fired power plants as part of a package of measures to reduce its reliance on Russian energy and ease the burden of high energy costs. The government is expected to still stick to the goal of phasing out coal by 2030, but the suspension, in the meantime, would reduce natural gas consumption in power generation.

As Europe seeks to cut its reliance on Russian fuels and build a buffer against supply shocks, the European Union is looking to jointly buy natural gas and to secure additional U.S. liquefied natural gas supplies for the next two winters. U.S. and EU officials said they are want to supply the 27-nation bloc with at least an additional 15 billion cubic meters of LNG, using cargoes from the United States and elsewhere. The U.S. is expected to export more than 50 billion cubic meters of LNG to the EU this year, which would amount to an increase of nearly 30 billion cubic meters compared with last year.

The additional LNG, however, is not enough to replace Russian natural gas imports. Russia supplies 40 percent of the EU’s collective natural gas needs, 27 percent of its oil imports and 46 percent of its coal imports. The European Commission also adopted a draft regulation that requires countries to ensure that gas storages are filled up to 80 percent before next winter and 90 percent in the following years.

To fill the natural gas supply gap in Europe, the United States will need to make an investment decision on as much as 80 million metric tons per year of new liquefied natural gas export capacity in the next year or two. Before Russia’s invasion of Ukraine, the United States was expected to sanction no more than 40 million tons per year in the next two or three years to meet rising global demand.

European utilities, which have vowed to reduce natural gas use by the next decade, may now be more open to signing 15-year supply contracts, which American LNG exporters typically need to unlock funding for new projects. It will take at least five years, however, until most of the new capacity needed in the United States to replace Russian natural gas is up and running.

As President Biden has promised to produce more natural gas for our allies in Europe, he will need to change his guidance since he will need more natural gas pipelines and LNG facilities, whose approvals the Federal Energy Regulatory Commission (FERC) has added new criteria onto regarding climate change. While FERC had planned to incorporate the new rules immediately while simultaneously getting comments on the proposal, the agency has now reversed its decision and will first await comments on the “draft” proposal.

Industry groups are asking Biden to speed up regulatory approval of 17 pending applications for LNG projects as wells 15 natural gas pipeline projects needed to get the gas to LNG terminals. Since entering office President Biden has not made it easy for American oil and gas producers—from bans on federal leasing to canceled pipelines and increased regulations. As a result, there has been little incentive for investors and producers to add more production and infrastructure.

Europe’s reliance on Russia’s energy resources has put European nations in a compromised position, just as Trump warned in 2018. Europe continues to purchase Russian energy, transferring enormous sums of money to Moscow, which funds Russia’s invasion of Ukraine that they denounce. The energy sector contributes as much as one-fifth of Russia’s gross domestic product and makes up around 40 percent of its budget revenue.

The contrast between President Trump’s actions and President Biden’s could not be starker. President Trump put sanctions on Nord Stream 2 and asked Europe to buy LNG from the United States instead of pipeline gas from Russia, but most of the EU did not heed his warnings.

In contrast, President Biden removed the Nord Stream 2 sanctions in July 2021, allowing the pipeline to be built. If it were not for the Russian invasion of Ukraine occurring just 7 months later, the pipeline would have been certified by Germany. Instead, President Biden is now asking U.S. LNG producers to sell to Europe as much LNG as they can produce and is promising to supply the EU with more LNG for the next two winters.

In 2019, the United States became a net exporter of energy for the first time in 67 years, surpassing Saudi Arabia and Russia to become the largest producer of oil and gas in the world. That produced affordable energy, thousands of new jobs, economic growth, and national security.

Energy is the bedrock of a nation’s economic prosperity, military strength and geopolitical power. To understand how the world operates, one needs to understand the global flow of energy—something it seems Europe is learning, and the Biden administration is still missing.