European Green New Deal Is As Phony As It Comes

The Albany Times-Union and several other newspapers just ran an article titled “EU greenhouse gas emissions down 24% since 1990.” The article also stats that the European Commission President has pledged to stay away from fossil fuels. 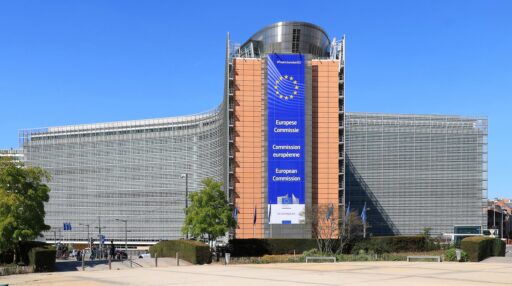 The article touts the “European Green New Deal” and devotes significant space to the Paris Climate Accord. The purpose, I suppose, is to get some of the credit for the reduced emissions to reflect on those projects.

Greenhouse gas emissions in the European Union have been reduced by 24% compared to 1990 levels, according to the bloc’s annual climate report, but the EU said Monday it still needs to intensify efforts to keep to its target of making Europe the first climate-neutral continent by mid-century.

The EU’s executive arm said Monday that emissions in the 27-nation bloc have decreased by 3.7% in 2019 compared to the previous year, while gross domestic product rose 1.5% over the same period…

Due to the coronavirus pandemic, the commission expects “an unprecedented fall in emissions” in 2020, along the lines of 8%.

“However, as experienced in the past, a swift economic recovery may lead to a strong and rapid rebound in emissions, unless policy gears its stimulus measures toward the green transition,” the commission wrote in the report.

EU Commission President Ursula Von der Leyen, who this week celebrates one year in office, has made the fight against global warming the priority of her term. In the EU’s coronavirus recovery strategy, the commission has pledged to stay away from fossil-fuel projects.

“The European Union is proving it is possible to reduce emissions and grow your economy,” said Frans Timmermans, the commission vice-president in charge of the European Green Deal. “However, today’s report again confirms we need to step up our efforts across all sectors of the economy to reach our common goal of climate neutrality by 2050.”

But, I wondered, what caused the drop in emissions?There was no answer until the very last sentence of this very last paragraph?

Wait a minute…didn’t the EC President pledge to stay away from fossil fuels? Isn’t Natural Gas a fossil fuel? Don’t numerous studies say the reduction in greenhouse gases is due to natural gas use and very few studies, if any, give “renewables” more than a tiny bit of credit?

This is a great example of the media distorting news to fit their agenda. Green is good. Renewables are good. Gas is bad. Even though the credit belongs to natural gas, that fact is buried in the effusive praise of all things green and renewable (which usually has little if anything to do with the reduction in greenhouse gases.)