ExxonMobil Planning to Build A Second Cracker Plant in Pennsylvania?

ExxonMobil is looking to do a cracker in Western Pennsylvania or environs and it could be in the same vicinity as Shell’s. Pennsylvania is still rising!

Leave it to ace reporter Paul Gough from the Pittsburgh Business Times to unearth some earth-shattering news–that ExxonMobil is actively looking at locations in Beaver County, Pennsylvania to potentially build a second multi-billion dollar cracker plant. Shell is already well along in building the region’s first ethane cracker–in Monaca (Beaver County). Will lightning strike twice for the good citizens of Beaver County? Maybe! 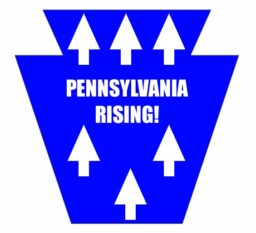 Sources for Gough say Exxon has been looking for a site to build an Appalachian cracker plant for “the past three or four years.” Those tentative plans cooled, but then all of a sudden, those plans have heated up again–to the point that real estate folks representing Exxon were in Beaver County *last week* talking to landowners. That sounds pretty serious to us.

Various sources say different things. Exxon wants to lock in a site by the end of this year. The petchem site may not use ethane as its feedstock (but no mention of what the feedstock would be, if not ethane). Maybe the location will be southwest PA, or maybe somewhere else, like the Parkersburg, WV site now abandoned by Braskem. Lot’s of speculation floating around. Our hope is that where there’s smoke, there will be fire.

Here’s what Gough is reporting in the PBT (emphasis added):

ExxonMobil Corp. has been quietly scouting Beaver County for a suitable location to build a petrochemical plant that could pursue the same kinds of plastics manufacturing as Royal Dutch Shell’s ethane cracker now under construction, multiple sources have told the Pittsburgh Business Times.

ExxonMobil (NYSE: XOM), one of the world’s largest companies, is well-known as an oil producer, but it, like Royal Dutch Shell (NYSE: RDS.A) and other multinational oil and gas companies, also has a petrochemical division to convert fossil fuel byproducts like ethane and propane to plastics. Sources said that ExxonMobil has been looking at Appalachia for a potential petrochemical plant for the past three or four years, spurred by Shell’s construction in Beaver County as well as other potential crackers by PTT Global Chemical in Belmont County, Ohio, and Braskem near Parkersburg, West Virginia.

Sources told the Business Times that while ExxonMobil seemed to have cooled on the plans since then, recently plans started heating up again. Brokers representing the company were in Beaver County last week, talking about a potential petrochemical plant to serve its customers.

One source familiar with ExxonMobil’s search, a major land owner in the Beaver County area, said a broker offered the basic parameters of its site requirements in the region. Another source told the Business Times that at least one site in Beaver County had been visited.

ExxonMobil, one source said, seeks in the range of 240 acres along the river — land that’s flat or can be made flat, with river access, with the need for environmental remediation of a site acceptable. The source indicated that ExxonMobil was working to narrow its options down to three sites — it’s unclear whether all three sites are in Beaver County — and that it hopes to secure a site in the region by the end of the year.

It’s likely that ExxonMobil would be looking at building a petrochemical plant along the lines of the Shell polyethylene facility in Potter Township. But a source said ExxonMobil may not use ethane as feedstock for its plant. There’s also no guarantee that western Pennsylvania is the only potential location for Exxon; there are other sites in West Virginia and Ohio that also could host a petrochemical facility, including the Parkersburg site that Braskem recently pulled out of in West Virginia.

You need a subscription to the Pittsburgh Business Times! Click here for a great introductory subscription offer. (We are not affiliated with, nor do we make any money from, referring you to the PBT.)

Editor’s Note: Anyone who was at the Think About Energy Briefing in Hazleton two weeks ago (more here) understands the extraordinary potential of Pennsylvania for petro-chemical development.