[Editor’s Note: No better example of the corporatism now destroying civic society is the ExxonMobil sellout to Big Government, the two rampaging arm in arm together against us.]

“Manchin-Schumer leaves no special interest unrewarded,” wroteRobert Bryce. “The legislation is so broad and has so many carve outs that it has been lauded by ExxonMobil and the Natural Resources Defense Council.” 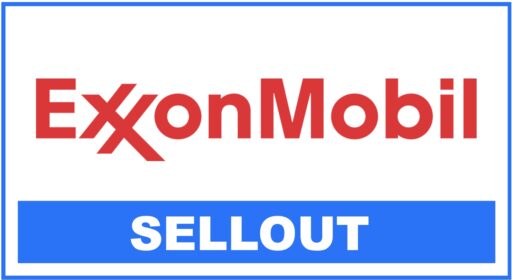 It is a sad day when ExxonMobil, once a bastion of climate and energy realism and good business, goes all-in with the Inflation Reduction Act of 2022. The transformation began when it surrendered the high ground on climate/energy early in Obama’s first term by embracing the CO2-is-bad narrative of the Deep Ecologists. Then came the company’s endorsement of a carbon tax. Strange predictions that all new passenger cars sold would be EVs by 2040.

As reported by Kevin Crowley (July 29th) in Bloomberg, “Exxon CEO Loves What Manchin Did for Big Oil in $370 Billion Deal,”

In a recent conference call, ExxonMobil CEO Darren Woods supported H.R. as “a step in the right direction.” He added: “We’re pleased with the broader recognition that a more comprehensive set of solutions” is needed….

“It is encouraging to see the recognition and the desire to try to catalyze investment in this space because, as we’ve said, we think they’re going to be absolutely critical to society.”

Wrong, wrong, and wrong as far as the general welfare goes.

The descent into the political dungeon was a predictable “slippery slope.” Now the Left criticizes the company for greenwashing as it revvs up its oil and gas businesses, while investing in “green” pork such as carbon capture and storage, and biofuels.

Think of opportunity cost. The company could have stepped up its education about the benefits of global lukewarming and CO2 enrichment–and the importance of energy affordability and reliability for the masses.

At least Conoco CEO Ryan Lance threw in a caveat:

I’m not sure if it’s a good time ever to be increasing taxes and increasing government spending just as a general economic policy. At least the agreement recognizes that natural gas and oil are an important part of the energy transition and are going to be here for decades. So that’s a positive.”

Lance reminds me of what Enron’s Ken Lay said a quarter-century ago:

If there is one thing I have been impressed with over the last decades, it is that when the environmental community defines a number one priority, something happens. Not always something good—but something.

Occidental Petroleum CEO Vicki Hollub stated: “This is turning into a net positive bill for us [from tax benefits from carbon capture and storage], should it get passed.” Add to this benefits from oil and gas leasing in the Gulf of Mexico, she added.

Back to ExxonMobil’s Darren Woods, who noted that “clear and consistent” policy is needed to promote U.S. development. “This policy could include regular and predictable lease sales, as well as streamlined regulatory approvals and support for infrastructure such as pipelines.”

As part of its 2Q-2022 earnings press release, ExxonMobil had a section titled, Leading the Drive to Net Zero. The first part is on carbon capture and storage; the second on biofuels and hydrogen. It is reproduced verbatim.

Editor’s Note: Bob Bradley is 100% correct. The big guys are not our friends. They’ve made a deal with the devil ruling class and are content with squashing the interests of the common man and civil society. Not so long ago, ExxonMobil was our friend, but no longer. This is corporatism—the evil union of the state and big business—in all its ugliness, not unlike the deals big business made with Mussolini before his fall.