Farms Being Destroyed in New York State to Save Them!

Farms Being Destroyed in New York State to Save Them!

[Editor’s Note: New York State’s Climate Act is leading to the destruction of the state’s farms even as its Department of Environmental Conservation says it’s saving them.]

There is a consistent disconnect between reality and the State’s consideration of climate change incorporated in the Climate Leadership and Community Protection Act (Climate Act).  Nowhere is this more obvious than in the op-ed by NYS Department of Environmental Conservation Commissioner Basil Seggos and NYS Department of Agriculture and Markets Commissioner Richard Ball published in the Auburn Citizen on August 30.

New York’s Climate Leadership and Community Protection Act (Climate Act) Act establishes a “Net Zero” target (85% reduction and 15% offset of emissions) by 2050.  I have written extensively on implementation of the Climate Act.  Everyone wants to do right by the environment to the extent that efforts will make a positive impact at an affordable level.  My analysis of the Climate Act shows that the ambitions for a zero-emissions economy outstrip available renewable technology such that the transition to an electric system relying on wind and solar will do more harm than good.  The opinions expressed in this post do not reflect the position of any of my previous employers or any other company I have been associated with, these comments are mine alone.

New York’s Article Ten process defines the permitting requirements for all large-scale electric generating new construction or expansion.  It includes extensive and time-consuming public notification and public participation requirements.  The 2011 revisions to the Article Ten law were intended to speed things up but were largely ineffective in that regard.  In early April 2020, NYS passed the Accelerated Renewable Energy Growth and Community Benefit Act (AREGCBA) as part of the 2020-21 state budget.  The legislation was intended to ensure that renewable generation is sited in a timely and cost-effective manner.   Unfortunately, the result has been an unchecked land rush of solar development in the state with no limitations on the conversion of prime farmlands to utility-scale solar development.

The primary purpose of the op-ed was to congratulate Greenfield Farms in Skaneateles, NY for being “the recipient of this year’s prestigious New York Leopold Conservation Award for its extraordinary environmental protection efforts, uses healthy soil practices that enhance water quality and strengthen carbon sequestration”.  That is a great achievement and I believe it should be a keystone component of the state’s efforts for a resilient agricultural economy.

However, the op-ed goes off the rails when it continues: “At the same time, it helps protect at-risk agricultural land across the State.”  I have written multiple articles about solar siting with respect to agriculture in New York.  Based on that work I believe that the biggest risk to agricultural land in New York State is the lack of a responsible solar siting framework for the massive utility-scale solar projects needed to meet the Climate Act targets.  There is a policy option roadmap for the proposed 10 GW of distributed solar development.  However, there is not an equivalent set of policies for utility-scale solar development. 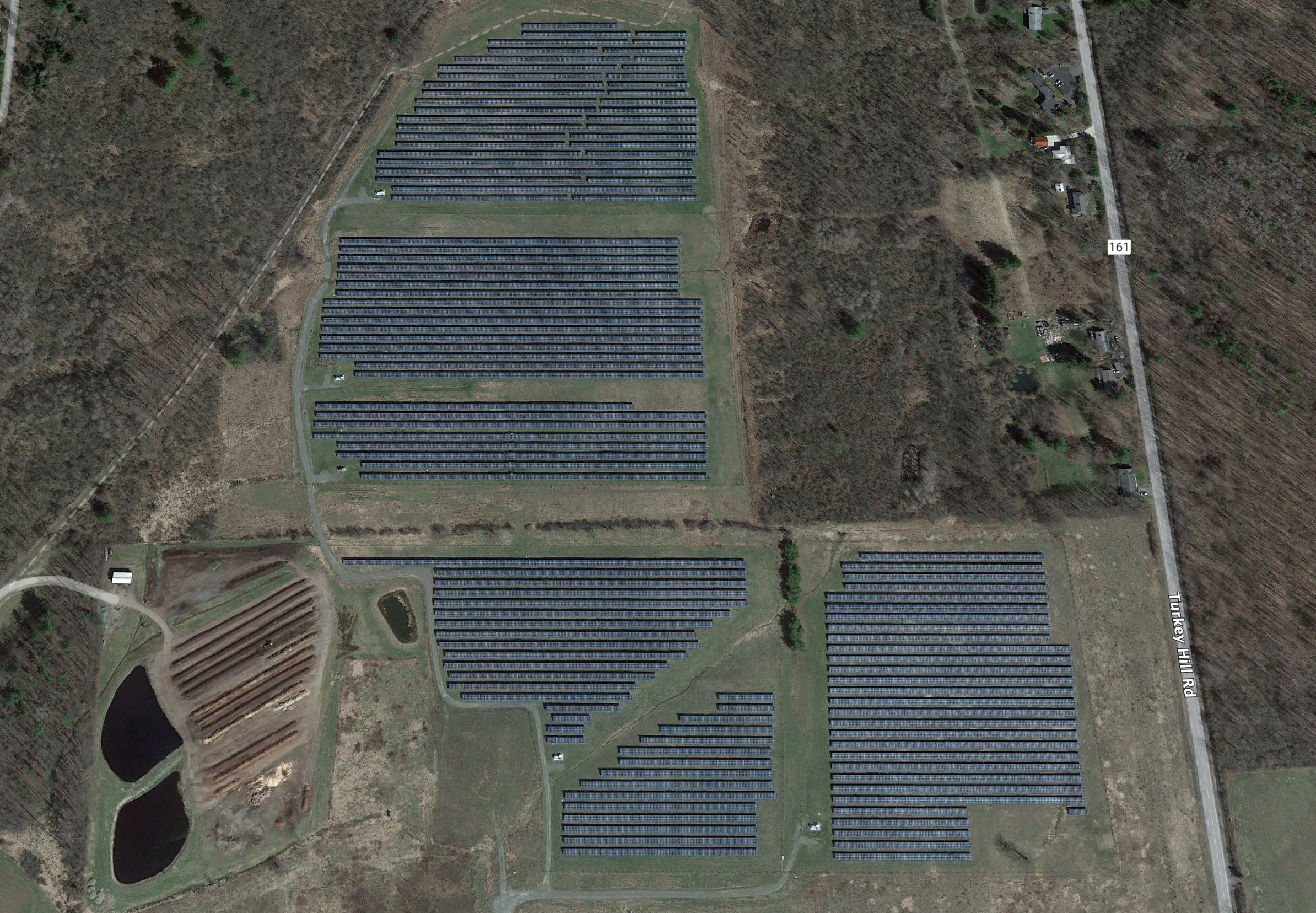 On July 25, 2022 a press release from Governor Hochul announced siting approval of New York’s largest solar facility to date.  The release said that the “New York State Office of Renewable Energy Siting has issued a siting permit to Hecate Energy Cider Solar LLC, to develop, design, construct, operate, maintain, and decommission a 500-megawatt solar facility in the Towns of Oakfield and Elba, Genesee County.“  In the press release Commissioner Basil Seggos was quoted as saying:

DEC applauds Governor Hochul’s ongoing prioritization of renewable energy development to support our state’s necessary transition away from fossil fuels. As more solar projects continue to be approved and come online, we are closer to achieving the goals and requirements set in the Climate Leadership and Community Protection Act. This will continue to provide renewable energy benefits here in Genesee County and throughout the state.

In my article on this approval, I noted that according to the exhibit titled “Farmland Classification Mapping” that lists landcover class data.:

I believe best practices for solar development should meet the Department of Agriculture and Markets target for prime farmland conversion.  In particular, “The Department’s goal is for projects to limit the conversion of agricultural areas within the Project Areas, to no more than 10% of soils classified by the Department’s NYS Agricultural Land Classification mineral soil groups 1-4, generally Prime Farmland soils, which represent the State’s most productive farmland.”   Four recently approved solar projects totaling 920 MW all exceeded that threshold and converted 3,456 acres of the state’s prime farmland to industrial use.  Overall, those projects converted 28% of the prime farmland in the Project Areas.  In addition, none of these projects propose practicing responsible solar siting consistent with the state’s distributed solar development roadmap.  For example, there are no provisions for agricultural practices consistent with the solar panels.

The current projections for utility-scale solar development call for over 43,000 MW in order to meet the requirements for zero-emissions power.  At the current rate of converted prime farmland to capacity development upwards of 161,000 acres of prime farmland could be lost.  Until such time that the state adopts responsible solar siting guidelines for utility-scale development consistent with existing policies for distributed solar, the impacts of solar development will have bigger impacts on agriculture than those purported to occur because of climate change.

Obviously, Commissioner Seggos recent press releases are hypocritical.  Regarding the massive solar project, he states that “Solar farms of this scope produce enough energy to power thousands of homes while also creating well-paying, family-sustaining jobs and breathing new life into our local economies.”  His op-ed states that the Climate Resilient Farming Program “helps protect at-risk agricultural land across the State”.  The fact is that unbridled utility-scale solar development is the major risk to agricultural land in the State and no amount of protection from any virtue signaling state agricultural program is going to stop that.