FERC Deception? Under the Thumb of Biden and Lying About It?

FERC Deception? Under the Thumb of Biden and Lying About It?

[Editor’s Note: FERC Chair Dick Glick told Congress that Joe Biden was not telling the agency to stop pipelines, but his coordination with Biden on FOIA requests says otherwise.]

The Institute for Energy Research has launched a new website containing documents related to a series of Freedom of Information Act (FOIA) requests filed with the Federal Energy Regulatory Commission (FERC).

Beginning on March 29, IER submitted FOIA requests to FERC seeking correspondence of a handful of senior FERC appointees to or from White House email domains. Other requests sought routine information from the Commission including calendars and correspondence with outside groups who have actively promoted the restriction of natural gas pipelines.

In many cases, subsequent IER FOIA requests were driven by FERC’s responses (or lack thereof) to our initial early requests, often raising more questions than answers.

One major contributor to these delays, as acknowledged by a Department of Justice lawyer to IER’s attorneys, is FERC’s coordination with the White House on how to respond to IER. 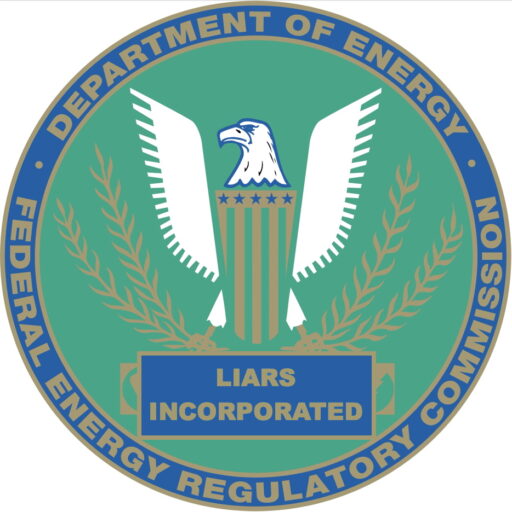 IER has had to file now 10 lawsuits to date seeking the release of public information that FERC either ignored, insists on redacting claiming the White House has a privileged “deliberative” role in FERC decisions, or is withholding in its entirety often on that same basis. When FERC did respond, IER has also been forced to file numerous administrative appeals for those same reasons.

Thomas Pyle, president of the Institute for Energy Research, issued the following statement:

“Until recently, FERC was historically timely and responsive about FOIA requests. This new posture of delay, redact, and deny from FERC, however, suggests either a change in policy under the leadership of Chairman Glick or that FERC (or possibly the White House) has no interest in being transparent about the formulation of policy and other decisions made at this independent commission.

What was supposed to be a simple answer of whether the White House influenced FERC’s greenhouse agenda with regard to the permitting of pipelines has led to a whole host of new questions.

Why is FERC stalling on nearly all of its responses to our FOIA requests? Why is the White House coordinating these responses? Why did Commissioner Glick meet numerous times with the climate office at the White House? What did they discuss? Why is Commissioner Clements briefing funders of organizations that she previously worked for? Why is FERC withholding information from IER claiming executive privilege? Why doesn’t Commissioner Glick use his FERC-issued phone to conduct business?

The list goes on, but don’t take my word for it, read the documents and judge for yourself.”

On February 17th, 2022, FERC issued two new policy statements that would have had significant detrimental effects on the construction of natural gas. The statements would have created new opportunities for litigation to slow or stop pipeline construction.

On March 3, 2022, the Senate Energy and Natural Resources Committee – chaired by Senator Joe Manchin (D-WV) – conducted a hearing regarding these policy statements. During the hearing, Senator Bill Cassidy of Louisiana asked Commissioner Glick if anyone higher up in the Biden Administration sought to influence the FERC to impede the development of natural gas pipelines. Chairman Glick responded with an unambiguous no.

In a March 24 meeting, seemingly in response to opposition from Chairman Manchin and Senator John Barrasso (Ranking Member of the Committee), Commissioner Glick issued an order redesignating the pipeline policy statements as draft statements, rendering them inoperative – for now.

Commissioner Glick has been renominated by President Biden for a second consecutive term at FERC. His hearing has been delayed in the Senate Energy and Natural Resources Committee for several months.