[Editor’s Note: FERC, thanks to Joe Biden, has now gone full anti-pipeline, as he sticks yet another long knife in the back of trade unions who endorsed him and rewards elites.]

Federal Energy Regulatory Commission (FERC) Chairman Richard “Dick” Glick never met a pipeline project he actually likes. Now Glick has ammunition to torpedo every single newly proposed pipeline project that comes across his desk in the person of newly added Democrat Commissioner Willie Phillips, a swamp-dwelling D.C. apparatchik (see Senate Confirms D.C. Swamp-Dwelling Democrat Lawyer to FERC). This was the nightmare scenario we warned you about prior to the 2020 election, that FERC will be politicized and refuse to authorize any new pipelines. We hate being right about these things.

After months of deadlock on some pivotal policy choices, FERC will now lurch to the left with its three-Democrat majority. Natural gas pipelines will be the biggest casualty. We have rough days ahead.

As energy transition ambitions amp up around the world, a key US energy regulator is about to embark on a transformation of its own.

After months of deadlock on some pivotal policy choices, the Federal Energy Regulatory Commission has gained a Democratic majority for the first time under the Biden administration. President Joe Biden’s nominee, District of Columbia Public Service Commission Chairman Willie Phillips, was confirmed by the Senate Nov. 16 and was sworn in Dec. 3.

The shift could pave the way for Democrats’ priorities in transmission infrastructure buildout and might also raise the bar for approval of natural gas projects, which once advanced with relative ease. 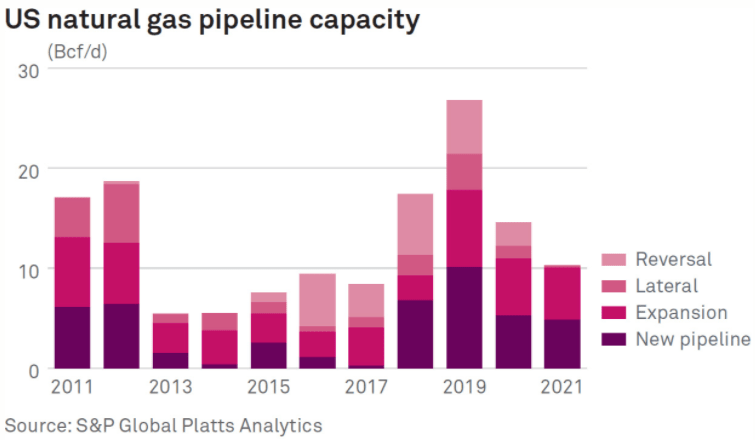 The 2-2 deadlock prior to the new appointment resulted in two major proceedings affecting eastern US power markets becoming automatically effective after the commission failed to act on them in time.

“I intend to work in a bipartisan manner and not assume that because we have three Democrats we’re just going to roll the Republicans all the time,” he said in November.

Glick has acknowledged that FERC has a role to play in climate mitigation but noted that the commission is not advocating for a specific resource mix. Rather, the commission’s role is to react to actions in energy markets and ensure there is a level playing field for all energy technologies and resources, he said during an October webinar.

A fifth commissioner could cast the deciding vote on future disagreements among the members as they advance through an important proceeding that could alter rules pertaining to transmission buildout. The commission launched an advance notice of proposed rulemaking in July, aiming to assist regulators in altering their planning, cost allocation and generator interconnection rules to help bring more clean energy technologies onto the grid.

Republican commissioners wrote in their July concurrences that the transmission proceeding contained some proposals that they would not support.

According to Sasha Mackler, executive director of the Bipartisan Policy Center’s Energy Project, FERC can help advance transmission buildout, which is and will continue to be “one of the key enablers or potential constraints to the pace at which we hit our net-zero goals.”

Some studies have projected that the US will need to double or triple its transmission capacity to achieve Biden’s midcentury decarbonization targets. 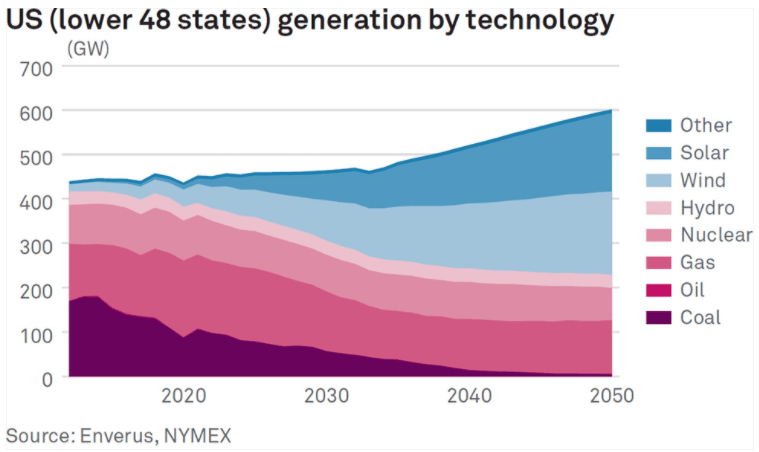 “I think they have a critical role to play, and I think part of the challenge of the energy transition that’s in front of us right now is figuring out how to leverage an organization like FERC to help shepherd some of the key pieces of infrastructure that we will need to have in place to hit our goals,” Mackler said.

In addition to the transmission proceeding, FERC has worked to better facilitate wholesale market participation of aggregated distributed energy resources, such as rooftop solar projects and battery storage facilities.

Commissioners are considering how to improve integration of hybrid projects, such as solar or wind generators coupled with storage technologies, into the system as well.

Additionally, the commission is evaluating possible reforms for the energy, ancillary services and capacity markets in grid operators across the country.

“We know that because of the way the grid is changing, there’s a growing need for greater flexibility,” Glick said. “It’s not entirely clear that our current approach to addressing issues associated with capacity or resource capacity … is sufficient to address the needs of the future.”

The commission is also at an inflection point in its work reviewing proposals for expansion of natural gas infrastructure, including pipelines, LNG projects and storage facilities.

The addition of a third Democrat could tip the balance toward more stringent reviews, though it’s unclear just how dramatic the changes will be.

For years, opponents of fossil fuels have pressured FERC to conduct stricter environmental reviews of gas projects. And the Biden administration has made climate a top priority.

While FERC is an independent agency, Glick has agreed with the US Environmental Protection Agency that the commission should be able to estimate the significance of climate impacts of the projects it approves.

He also has urged the commission to give greater scrutiny to the market need for projects, particularly those that rely on precedent agreements with pipeline affiliates. And he is seeking to elevate the role of environmental justice in FERC’s decisions about whether and where to site gas infrastructure.

Despite support from fellow Democratic Commissioner Allison Clements, Glick thus far has lacked the votes to push through substantial changes in FERC’s approach.

During his confirmation hearing in the Senate, Phillips walked a careful line when queried on his views in that debate. He promised senators to work toward efficiencies in permitting, while also noting that courts have directed FERC to do more on climate and environmental justice.

The next few months should start to reveal under what conditions FERC’s Democrats will support gas projects that substantially increase capacity or emissions.

“We expect the new policy statement to give less weight to economic benefits and more weight to the adverse environmental impacts, making securing approval more difficult,” she said.

One midstream gas company official said the ongoing uncertainty at FERC is affecting company decisions about where to invest capital, as companies decide whether to look for opportunities that don’t have to go through FERC.

Investments could shift toward projects contained within states more open to gas project permitting and to small additions to existing pipelines – or perhaps toward carbon capture or hydrogen projects, he suggested.

It remains to be seen how much midstream investment will come off the sidelines. Multiple large gas pipeline projects crossing states in the eastern US have recently stalled or run aground amid stiff opposition in recent years.

“It does seem increasingly likely that Appalachia – Marcellus and Utica [basins] specifically – will be fenced off in terms of contributing incremental production to the gas market,” said Rich Redash, head of global gas planning, Platts Analytics.

Platts Analytics forecasts US gas demand to increase by more than 8 Bcf/d by 2030, creating a need for additional pipelines, much of which would serve export regions.

But for now, Redash points to a chilling effect on investment amid a general environment of uncertainty in which unknowns about federal climate and energy policies are layered on top of economic uncertainties.

One certainty is that FERC’s actions over the coming months will be closely scrutinized by the energy markets.

Editor’s Note: It’s not only pipeline projects that are threatened by Biden’s appointment of Willie Phillips to FERC. Here’s how the corrupt world of monopolistic electric utilities, who are seeking the same sort of government subsidies renewables enjoy, see it:

“Once sworn in, Phillips, a Democrat, will give his party a 3–2 commission majority for the first time since 2017. He is also likely to become the deciding vote on some key policy decisions that FERC will need to contend with, including whether PJM Interconnection’s modified minimum offer price rule benefiting nuclear and renewable generators, which went into effect in late September, will remain in place. Democratic commissioners Richard Glick, FERC chairman, and Allison Clements have endorsed PJM’s revision, while the panel’s Republicans, Mark Christie and James Danly, have expressed opposition.”

More corruption, more politics and more grifting by nuclear and renewables generators is what we can expect from the new FERC, which will now seek to squelch oil and gas in the name of a campaign by elites and special interests to milk the government using ginned up global warming issues that are anything but settled as the rationale.