[Editor’s Note: Rich Fitzgerald shows how hard it is to be a blue collar Democrat in an age when the party has mostly surrendered to these trust-funder children of elites.]

A small group of extremist left-wing Democrats in Pittsburgh are demanding Allegheny County Executive Rich Fitzgerald, himself a Democrat and long-time supporter of the Marcellus Shale industry, turn against shale. Last week around 30 fossil fuel haters delivered a petition signed by 300 fellow haters to Fitzgerald’s office. He didn’t cave to the pressure, so the haters became more aggressive, going to Fitzgerald’s house yesterday in their attempts to bully him into submission. The cops told them to clear out or get arrested.

Why is it that the left so often turns into a lawless mob when they don’t get their way? They’re like petulant children, except unlike children they become violent when told NO! 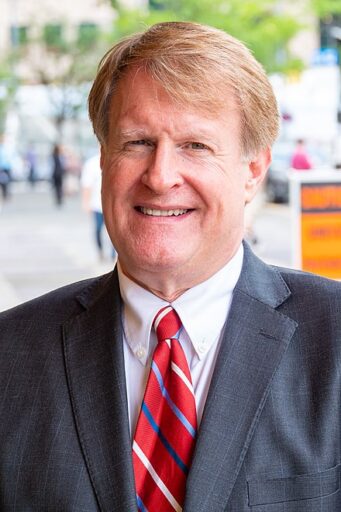 Over the years that we have covered the Marcellus industry we have attended a number of events in Pittsburgh. We’ve personally heard Rich Fitzgerald on several occasions speak of his support for the shale gas industry. He strikes us as the kind of leader who won’t cave to woke mobsters who like to demand things of others.

Of course, the lefties are using their favorite sympathetic (and biased) “news” source, the Pittsburgh Post-Gazette, to help them put pressure on Fitzgerald.

A dozen environmental and community organizations have called on Allegheny County Executive Rich Fitzgerald to end his support for the shale gas drilling and petrochemical industries and pledge not to allow drilling or fracking under any more county parks.

Following a loud but peaceful Monday afternoon rally by 30 people in front of the City-County Building, Downtown, a dozen marched to Mr. Fitzgerald’s office next door in the Allegheny County Courthouse to deliver a petition — signed by 360 individuals and 75 organizations — stating that his embrace of those industries has put the health and safety of county residents at risk.

The goal here, said Maren Cooke, founder of the local environmental organization Putting Down Roots and an organizer of the event, is to get Allegheny County to move away from encouraging development of — and reliance on — fossil fuels.

“The letter lays out the science against continued use of fossil fuels. We know more today than two years ago about the impacts on children’s health, climate change, pollution and job creation,” Ms. Cooke said. “We’re asking Rich Fitzgerald to withdraw his support of those industries. We can do better for the region than that.”

She said the Shell Chemical Appalachia LLC ethane “cracker” plant under construction in Monaca, Beaver County, will annually emit up to 522 tons of volatile organic compounds, 30 tons of hazardous air pollutants and 2.2 million tons of carbon dioxide — about half as much as the city of Pittsburgh — and have “a huge climate impact.”

”I’ve had many talks with him, and he’s just pro-fracking and pro-development,” Ms. Peterson said. “We raised these questions with him seven years ago. When the air and water are contaminated, what will you tell us? Is the money worth it?”

Mr. Fitzgerald’s chief of staff, Jennifer Liptak, accepted the letter/petition from Ms. Cooke, who asked that Mr. Fitzgerald respond by the end of the week. Ms. Liptak said she couldn’t promise that.

In a phone interview later Monday afternoon, Mr. Fitzgerald did not back away from his previous pro-petro chemical and shale gas advocacy.

He said, “Marcellus Shale gas development has totally revitalized the region’s economy,” and Shell has invested $7 billion in the cracker plant, and billions more has been invested in pipeline infrastructure projects.

”We’ve seen a 70% reduction in home heating costs,” Mr. Fitzgerald said. “For the poor and vulnerable, nothing else, not health care, not transportation, not housing, one of the essentials, comes close. The benefits have been tremendous.”

He also said that Deer Lakes Park has benefited from revenue from the gas wells there, which operate under more restrictive regulations than other wells not on county property. Playgrounds and lakes are much improved, he said.

Mr. Fitzgerald was also quick to note that over the past 10 years of his administration the county has made myriad strides toward a better, healthier environment, citing reduced soot levels and first-time federal air quality compliance, support for disincentives for single use plastics, two park operations with net-zero carbon emissions, and purchase and use of electric buses on the most congested urban routes.

One of the haters sent a letter to Fitzgerald encouraging him to closely read their letter objecting to his ongoing support of shale gas. Fizgerald’s office provided a reasoned response (see excerpts below):

The growth that has happened in Pittsburgh began in 2007 and 2008 when technology made it possible to extract the gas in the Marcellus Shale formation. We have seen a tremendous amount of wealth flow into this region because of that. You reference the potential impacts of the petrochemical plant but ignore the $7 billion in wealth that has come to this region from Shell investments. We have seen the impact of this development on Beaver County’s economic growth.

Beyond Shell, billions of dollars of infrastructure and other development is happening right here, putting a lot of people to work. We are seeing a resurgence in manufacturing.

It also has provided a tremendous return for those in our community who most need it as heating costs have decreased by 70% over the last 12 years. I can’t think of any basic need in our community that has seen a 70% reduction in cost in that time – not healthcare, housing, food, education, or transportation.

We have also seen CO2 levels come down because of the shift to natural gas.

Energy production and natural gas production must be done safely. It must meet EPA and DEP requirements…

The county’s involvement in this industry can improve our community health and environment. I would point you to Deer Lakes Park and the project there for justification of that position. When the county was approached about a contract, the company already had contracts with all of the parcels surrounding the park, and with the vast majority of properties in the area. The extraction was going to occur around the park, regardless of what the county did or did not do.

In negotiating with the company, we were able to secure enhanced environmental protections for the community and the park itself. These included extra water testing, reduced noise and light pollution for the community, provided job fairs specifically targeted at connecting residents to available jobs, enhanced safety for school children, and mandates that the company meet local municipalities’ bonding requirements for road use and repair. The provisions were some of the most aggressive and proactive at the time and have been extremely beneficial to the community. They would not have happened if the county had not been involved. That’s why I am not in favor of a blanket ban and, instead, believe decisions on county lands, including county parks, should be considered on a case by case basis…

We can’t just flip a switch tomorrow to move to renewable energy. We need to build capacity and we need to ensure that it’s available to all.

I appreciate the dialogue and your interest, advocacy, and passion for this issue, but I will not be withdrawing my support for the petrochemical industry or its development in the region for all of the reasons that I have just noted.

Providing a reasoned and detailed response explaining a reasoned position falls on deaf ears when those ears belong to unreasonable people. Not satisfied with his response, the enviro-mobsters tried to pound on Fitzgerald’s door at home yesterday. They didn’t get far.

From another lefty “reporter” at the Post-Gazette:

Less than one week after protesters gathered outside Allegheny County Executive Rich Fitzgerald’s office, they gathered again — this time outside his Point Breeze home late Sunday afternoon to emphasize their demand that he stop supporting shale gas drilling and the petrochemical industries.

Last Monday, protesters with the Ohio Valley Environmental Resistance group had delivered a petition — signed by over 300 people and 75 organizations — that explained the science behind discontinuing the use of fossil fuels and how Mr. Fitzgerald’s support of those industries puts people’s health and safety at risk.

Mr. Fitzgerald responded to the petition saying he would continue to support the industry and work to make Allegheny County more sustainable, organizers said.

“We’re here to keep the pressure on him,” said Jack Read, an OVER member.

“Fitzgerald has been a strong proponent of fracking,” he said. “It’s a very polluting industry. He could ban fracking in Allegheny County, and there’s other stuff he could do.”

The group of about 15 met at the intersection of Wilkins Avenue and Severn Street and then marched about three blocks to the county executive’s house around 4 p.m. Sunday.

The OVER organizers had planned on delivering a follow-up letter to their petition, re-emphasizing their stance from last week. Mr. Fitzgerald however, was not home to receive it.

“We commend you for the county’s sustainability initiatives; they are great! But, the elephant in the room is the Shell petrochemical plant, and the improvements you’ve made inside Allegheny County are small potatoes compare to the giant carbon footprint Shell is creating,” part of the letter read.

The follow-up letter went on to explain the carbon pollution that could come from this plant once it is fully operational, which would include about 2 million tons of carbon dioxide emission per year.

A group of about five neighbors gathered at the end of the street as protesters chanted and made speeches about why they believed the county executive should withdraw his support.

The protest lasted a little over an hour and was peaceful, save for one minor brush with law enforcement.

When about five protesters stepped onto the walkway leading up to Mr. Fitzgerald’s front door — with the intent to hand-deliver a follow-up letter — two police officers from the Civil Affairs Unit shouted that the protesters had to get off the property or they would be arrested.

In addition, one police car that was helping to block traffic drove toward the protesters with its sirens and lights on. An unmarked police car, which was parked outside Mr. Fitzgerald’s house, also turned its lights on.

The protesters returned to the sidewalk, and there was no further incident.

Editor’s Note: Reading the quotes from this fractivist shills, one is struck by the sheer vacuousness of their arguments, which barely qualify as such. They follow the fractivist template, which is always precisely the same; assert, assert and assert some more to stay on offense without offering so much as half a single verifiable fact. It’s pure temper tantrum 100% of the time, exactly what one expects from spoiled children. It’s also an illustration of how hard it is to be a traditional blue collar Democrat in a day and age when the party has mostly surrendered to the trust-funder children of elites.