Foreign Policy Can’t Be Left in the Hands of Governors

Foreign policy belongs in the hands of the President, not governors captured by the demands of fractivists and other special interests.

Our friend Dan Markind has a great post up at Forbes that i encourage all readers to check out. It’s about pipelines and the abuse of the water quality certification provision of the Clean Water Act by certain governors, as well as a new form of abuse being perfected in Michigan. Andrew Cuomo is the prime example of these abusers, of course, but hardly the only one. Dan writes about Michigan’s example and, in his post, makes a powerful observation about how this abuse is now amounting to state interference with foreign policy. It’s a compelling argument. 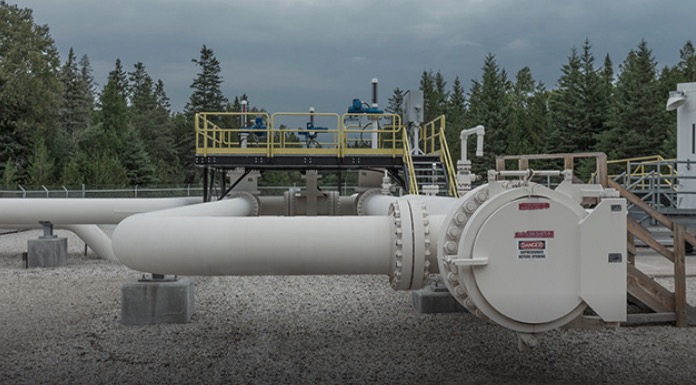 Here’s some background from The Detroit News. It involves a governor by the name of Gretchen Whitmer, who is a lot like New York’s Governor Cuorruptocrat in style and especially reminds me of Pennsylvania’s former AG Kathleen Kane. You remember her, don’t you? If not, read this. Anyway, here’s the story:

Gov. Gretchen Whitmer is moving to shut down Line 5 by revoking and ending a 1953 easement that allows Enbridge Energy to run the dual pipeline through the Straits of Mackinac.

The announcement was welcomed Friday by environmental groups as protecting the Great Lakes and attacked by neighboring Ohio’s governor and energy groups as costing jobs and raising fuel and heating prices for consumers.

The Democratic governor said Friday she has filed a lawsuit seeking validation of the action in Ingham County Circuit Court. Enbridge must shut down the pipeline by May under the notice.

The pipeline presents an “unreasonable risk” to the Great Lakes in violation of the public trust doctrine, Whitmer said in a statement with the Michigan Department of Natural Resources.

“Moreover, the state is terminating the easement based on Enbridge’s persistent and incurable violations of the easement’s terms and conditions,” the press release said.

Enbridge is reviewing the notice it received Friday afternoon and said there is no “credible basis” for revoking the easement.

What makes this important from a foreign policy standpoint, though, is this from The Edmonton Journal:

Premier Jason Kenney went on the offensive against environmentalists and American state officials over the future of export pipelines Tuesday.

“We are in a war for our economic future,” he said during a podcast interview with Cory Morgan, a founding member of the Wildrose Party and conservative columnist for the Western Standard.In the wide-ranging interview, Kenney said those who want to cut off Alberta’s oil and gas exports “would have to be brain dead.”

Speaking about the importance of export pipelines to Alberta, Kenney criticized Michigan Attorney General Dana Nessel and Gov. Gretchen Whitmer for their fight to decommission a segment of pipeline, referring to Enbridge’s Line 5.

In September, Calgary-based Enbridge won approval from regulators and the court to restart full use of Line 5…

On the podcast, Kenney said hundreds of millions of dollars have been spent on environmental campaigns against the oilsands in U.S. politics, in U.S. courts, in overseas capital markets, and in Canada.

“We thought it was essential to send a message to the the interest groups trying to block us, that resistance is futile, that Alberta is determined to take control of our own destiny,” said Kenney.

That’s a pretty strong speech from our neighbor and it suggests Governor Whitmer is sparking a bit of a foreign policy crisis, doesn’t it? Well, here’s how Dan Markind sees it:

Not only do state Governors now determine national energy policy, but through the pipeline permitting process and related controls, they are capable of impacting American foreign policy as well…

The recent Minnesota and Michigan examples of “Permit by Gubernatorial Fiat and Public Pressure” directly impact international trade and American relations with Canada, by far the USA’s largest and most important trading partner (nearly twice as large as China)…

Ever since New York Governor Andrew Cuomo blocked the Constitution Pipeline in April 2016, US governors have been seizing ever expanding control from the federal government on interstate oil and gas pipelines. Through this easement agreement, Governor Whitmer now has found a new way to disrupt international pipelines. In discussing this topic, most commentators have mainly addressed the domestic economic and environmental implications of this expanding state assertiveness with regard to pipelines. Now, Michigan Governor Whitmer has added another element to the debate – that of foreign affairs.

With Alberta Premier Kenney declaring that he would send a message to special interest groups seeking to block these pipelines that “resistance is futile,” and “Alberta is determined to take control of our own destiny,” it might be wiser for the party actually authorized to conduct foreign affairs, the Executive Branch, to reassert its predominance under the United States Constitution.

Indeed. Governor Whitmer is essentially interfering in the foreign policy of the United States by arbitrarily frustrating the development of cross-border infrastructure for the sake of appeasing environmental extremists and the Rockefeller types who enable them with funding. It must stop.