Fossil Fuel Phobia Is All We Ever Get from Biden

Fossil Fuel Phobia Is All We Ever Get from Biden

[Editor’s Note: Joe Biden doesn’t remember what he said five minutes ago but he has a fossil fuel phobia instilled from years of hanging with enviros and corporatists.]

Presidential candidate Joe Biden repeatedly promised to end fossil fuels in America. There’ll be “no more drilling, including offshore,” he said. “No ability for the oil industry to drill. No more pipelines.” 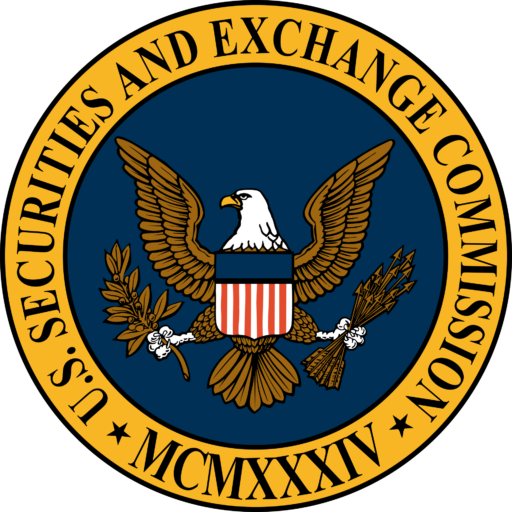 His Securities and Exchange Commission says companies must “disclose risks” from alleged “manmade climate change” – from their own production, refining and manufacturing operations; from suppliers and customers using their products; and from government anti-carbon policies.

Supplies predictably dwindled, and prices skyrocketed. Not just for gasoline and other fossil fuels that still provide 80% of all U.S. energy, but for fertilizers, farm chemicals, pharmaceuticals, paints, plastics, cosmetics and countless other petroleum-based products – and for goods and services that require offices, factories, stores and transport that need reliable, affordable energy. In other words, for nearly everything.

Keystone alone would have brought the United States 700,000 barrels of friendly Canadian oil. That’s equal to the petroleum Russia was sending America before Mr. Biden finally banned the imports, after Vladimir Putin’s butchery in Ukraine reached levels that even far-Left Democratscouldn’t stomach.

President Biden tried to blame Putin for food, fuel and other prices that had been soaring well beforethe Ukraine invasion. He’s now pleading with American oil companies to increase production – but only temporarily (to send liquefied gas to Europe and to protect Democrat office holders in November), without easing his anti-oil edicts.

He begged Saudi Arabia, the United Arab Emirates and Venezuela to increase their oil production. He used Russia to broker a new nuclear deal with Supreme Leader Ali Khameni, so that Iran can sell more oil on the global market. He apparently believes those sources don’t emit “dangerous” carbon dioxide.

Above all, Team Biden doubled down on calls for America to switch from gasoline cars to electric vehicles, and from coal and natural gas electricity generation to wind, solar and backup battery power. They claim this massive, costly restructuring of America can replace “dirty, planet-threatening” fossil fuels with “clean, renewable, sustainable” wind, solar and battery energy. It’s a duplicitous con.

Wind turbines and solar panels on this scale would defile millions of acres of crop, scenic and habitat land. They would kill millions of birds, bats and other wildlife. They require massive amounts of raw materials (and thus mining) to create expensive, inefficient, weather-dependent energy devices. They and 1000-pound battery modules are the least clean, renewable, sustainable energy sources imaginable.

“Clean” technologies merely replace CO2 and methane emissions in the USA with massive amounts of real, toxic pollution in other countries, out of sight and mind, where climate activists can ignore them.

A Green New Deal would make America almost totally reliant on China, Russia and other despotic and unstable nations for the metals and minerals needed for GND technologies. And for the equipment itself, because a fossil-fuel-free America wouldn’t have the reliable energy needed to manufacture wind turbines, solar panels, battery modules, transformers and thousands of miles of new transmission lines. America’s entire GND energy and economic future could depend on their tyrannical good graces.

China, Russia and their surrogates could wield green tech as a strategic weapon, banning exports of materials or technologies to advance their political goals. They could even embed trip-switches or backdoors for hackers in equipment they sell to us, enabling them to close down part or all of our electrical grid and economy. A shutdown could kill millions.

The quantities of metals, minerals and other raw materials required for this “green energy transition” are almost incomprehensible. We would have to mine Planet Earth on unprecedented scales.

His plan calls for 30,000 megawatts of offshore wind energy by 2030. That’s 2,140 monstrous 850-foot-tall 14-MW turbines. It sounds like a lot of electricity, but it wouldn’t even meet New York State’s peak summertime electricity needs. And they’d generate zero electricity half the year.

Based on average global copper ore bodies, just those 110,000 tons of copper would require removing 40,000,000 tons of overburden and processing 25,000,000 tons of ore. That’s enough crushed rock to cover a 24-foot-wide highway from Washington, DC to Tampa, Florida ten feet deep! Just for the copper.

(Or you could bury the White House, Capitol Hill, all the most climate-focused federal agencies, and all Greenpeace, Sierra Club and other eco-pressure groups’ DC offices under 100 feet of rock and dust.)

Climate- obsessed legislators, regulators, activists and judges detest and contest mining anywhere in the United States, even to support the Green New Deal they claim is essential to save America, our planet and humanity from “climate cataclysms.” They’ve already made millions of acres off limits to exploration and mining, affecting numerous world-class prospects.

That means GND mining and processing would take place in Asia, Africa and Latin America, mostly by or under the auspices of Chinese firms – under environmental, pollution control, workplace safety, and child and slave labor rules, standards and practices that were repudiated in America 50-100 years ago.

They loudly promote electric vehicles and a total transformation of the U.S. energy system and economy. But they say nothing about acquiring the raw materials and equipment essential for turning these dreams into reality. They are silent about the land destruction, air and water pollution, wildlife losses, human diseases and deaths, and eco-imperialism that their policies impose, especially on people of color.

They are mute about the ways their “climate protection” racket would allow China, Russia and other thuggish regimes to pursue their territorial ambitions – and give them unprecedented control over the Western World’s energy, jobs, economies, living standards, foreign policies and national security.

They make no attempt to calculate how many wind turbines, solar panels, vehicle and backup battery modules, transformers and transmission lines would be needed in a fossil-fuel-free, all-electricity nation. How many acres of wildlife habitat would be disrupted or destroyed. How many new mines would have to be opened. How many birds, bats and other animals would be killed. How many trillions of tons of ores and overburden would have to be blasted away and processed. Or how many huge landfills we’ll need for all the worn-out turbines, blades, panels and batteries. They certainly don’t discuss how much our living standards, personal choices and basic freedoms would be reduced in their “clean energy” America.

They don’t ask because they don’t want to know – and don’t want us to even think about these issues.

Putin’s Ukraine war has opened eyes about NATO, disarmament and Europe’s feckless reliance on Russian natural gas. We need equal realism about America’s climate and energy policies – and how far America’s ruling elites would take us down the path to ruin, to achieve their Green Utopia.