[Editor’s Note: Fossil fuels are a gift to mankind and have allowed wealthy countries to achieve prosperity, but the IPCC would deny these benefits to those aspire to success.]

The report from the IPCC has failed to acknowledge that the introduction of oil just over 100 years ago has been overwhelmingly beneficial for the prosperity of the world’s population growth to 8 billion from about 1 billion that is shown clearly in their own United Nations graph. The IPCC goal to banish fossil fuels will place most of the world’s population at risk, like the medieval times.

The members of the IPCC seem oblivious to the facts of how life was without the fossil fuels industry just 120 years ago when we had:

All the above infrastructures are made with products made from oil derivatives. Before the 1900’s we had NONE of the 6,000 products from oil and petroleum products. By ceasing oil production and fracking, the supply chain to refineries will be severed and production of various fuels for transportation, and the derivatives to make products would be terminated. 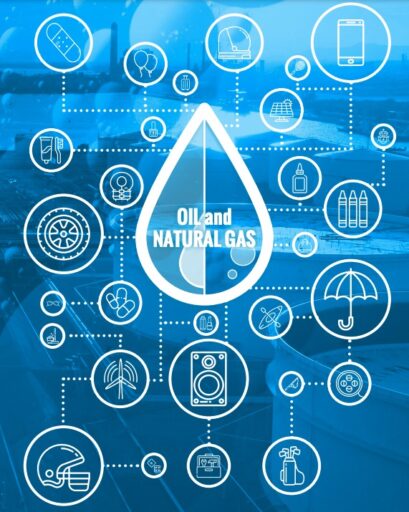 The IPCC is a pseuo-religious and political organization that is systematically driven to catastrophize fossil fuels’ climate impacts and ignore fossil fuels’ benefits. The IPCC’s predictions and prescriptions are unconscionable in that they are reflecting support for the 11 million children dying every year being experienced in poorer countries. Those infant fatalities are from the preventable causes of diarrhea, malaria, neonatal infection, pneumonia, preterm delivery, or lack of oxygen at birth as many developing countries have no, or minimal, access to those products from oil derivatives enjoyed by the wealthy and healthy countries.

The latest report by the IPCC totally ignores the massive benefits, and by almost exclusively focusing on negative side-effects, the IPCC report totally denies the fact that fossil fuels are making the world better and better than life was before 1900, including human’s beings safer than ever from climate. The rate of climate-related disaster deaths—deaths from extreme temperatures, droughts, wildfires, storms, and floods—has decreased by 98 percent over the last century.

Cold is a far greater danger to humans than heat–and thus, we should expect warming to save more cold-related deaths than it causes heat-related deaths. People continue to move to the Palm Springs Desert, Las Vegas, and Phoenix, but nobody is moving to Siberia.
After oil, we created various modes of transportation, a medical industry, and electronics and communications systems. Oil reduced infant mortality, extended longevity from 40+ to more than 80+, and gave the public the ability to move anywhere in the world via planes, trains, ships, and vehicles, and virtually eliminated deaths from most diseases and from all forms of weather, The IPCC message to abolish oil would reverse all of that “progress”.

There are now nearly eight billion of us, with most people living much longer and more prosperous lives than the one billion people who were around when coal use took off two centuries ago. Moreover, the richer we are, the greener most parts of the planet become. Indeed, plastics and fossil fuels benefit both humanity and our environment. We are born and live surrounded by plastics and countless machines created with and powered by fossil fuels.

The IPCC is comprised of educated men and women that must surely comprehend that electricity alone, especially intermittent electricity from breezes and sunshine, has not, and will not, run the economies of the world, as electricity alone is unable to support the prolific growth rates of the medical industry, military, airlines, cruise ships, supertankers, container shipping, and trucking infrastructures to meet the demands of the exploding world population. Getting off fossil fuels would negatively impact the following industries and infrastructures that have supported the existence of the IPCC:

The IPCC fails to recognize that at least 80 percent of humanity, or more than 6 billion in this world are living on less  than $10 a day, and billions living with little to no access to electricity, These poor folks need abundant, affordable, reliable, scalable, and flexible electricity while The healthier and wealthier are pursuing the most expensive ways to generate “secondary” intermittent electricity from breezes and sunshine.

The future adaptation to climate changes may be challenging as the world may have difficulty supporting 8 billion inhabitants without the thousands of products manufactured from oil derivatives. Oil has provided the healthy and wealthy countries with a quality of life that the poorer and less healthy developing countries desire but ridding the world of fossil fuels will drive humanity back to medieval times and place most of the world’s population at risk.

[Editor’s Note: The IPCC isn’t ignorant; it’s the simply the tool of globalists intent on scarfing up trillions in government rent paid for green eggs and scam.]