Fossil Fuels Aren’t Going Away and Neither Are Pipelines

[Editor’s Note: Fossil fuels are the future and so are pipelines. It is but a question of who will provide them. Kinder-Morgan’s CEO is determined to be one of the providers.]

The mainstream media might not like it, but there is a tripartite fossil fuel boom underway globally that will outlast the Pandemic—and outlive the repetitive climate scares from the IPCC reports.

A glimpse into the industry’s thinking was provided by the president and CEO of Kinder-Morgan, Steven Kean during a recent interview. A number of questions were brought up assuming an “energy transition” away from fossil fuels that were effectively answered by Kean—and without apologies. 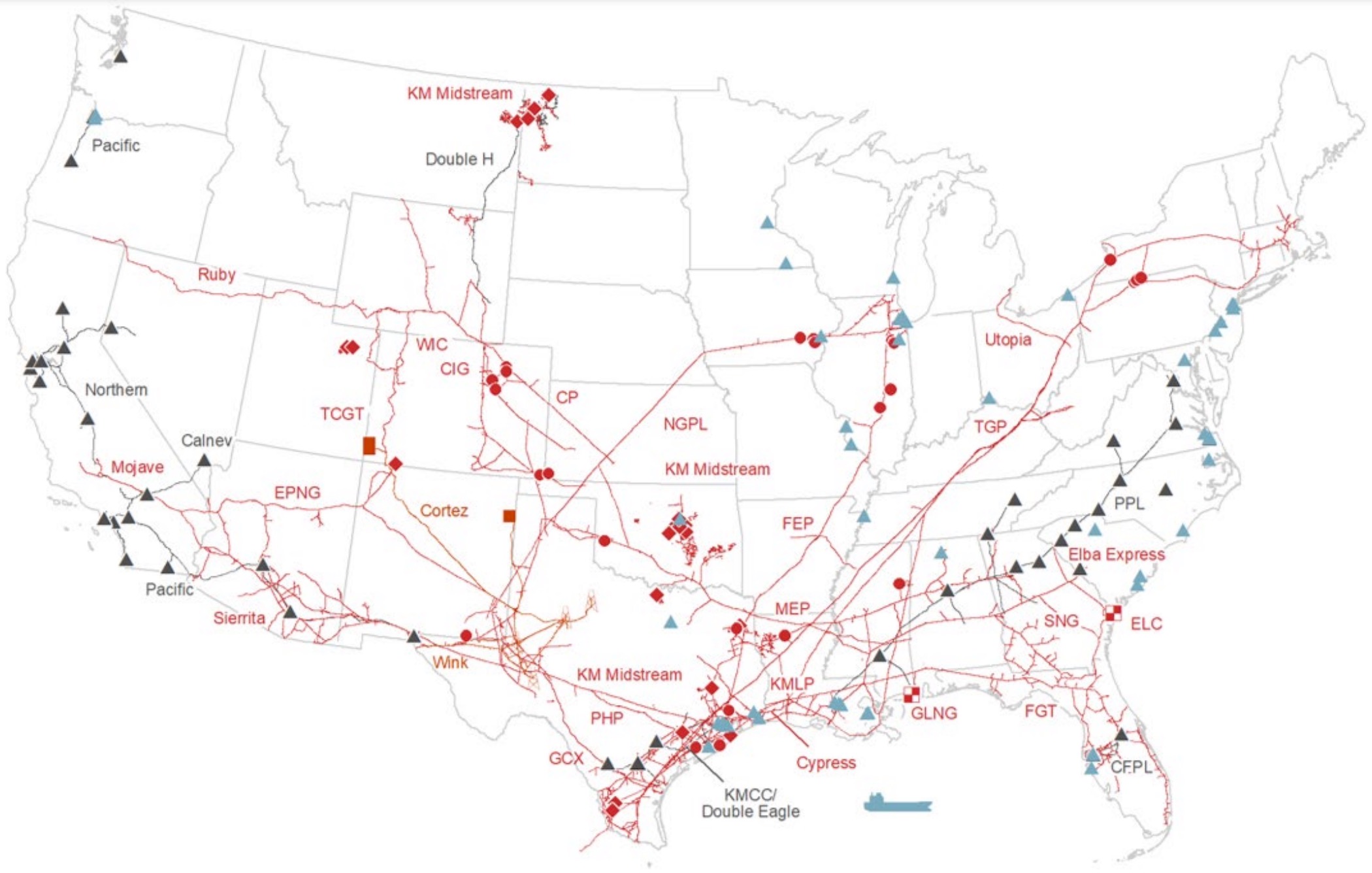 Whether discovered independently or not, Kean and Kinder Morgan have internalized the messages of Alex Epstein (and perhaps yours truly) about the moral case for fossil fuels and the very gradual unfolding of so-called energy transitions (Vaclav Smil, etc.).

Q: Regarding the energy transition, or the global energy sector’s shift from fossil fuels to renewable energy sources like wind and solar, what will happen to all these pipelines?

A: Energy transitions take a long time because of the advantages our existing energy sources have. If you look at the energy market globally, there’s going to continue to be a growing need for hydrocarbons for a long time to come.

Affordable and reliable energy is key to human development. It gives people mobility and comfort in their homes. It provides access to better food and clean water. All of those things require energy.

We are looking at the evolution of the energy market and positioning ourselves for that.

Q: President Joe Biden canceled the permit for the Keystone XL oil pipeline on his first day in office, signaling any new fossil fuel pipeline projects in the U.S. are facing odds. What does the cancellation of Keystone mean for the pipeline industry as a whole?

A: The idea of pipelines getting caught up in a political process and being “on” in one administration and “off” in another is not a good public policy approach to getting infrastructure built. It’s a negative for consumers and for the producers in our ally country that would have benefited.

Q: Some companies are looking at running hydrogen through existing gas pipelines. Hydrogen, unlike natural gas, can be burned without pumping carbon dioxide into the air. Would Kinder Morgan carry hydrogen if it takes off?

A: Yes, we are examining the possibility of blending hydrogen into the natural gas stream and delivering it as an alternative source of energy and alternative fuel for combustion. There are a lot of people, including us, working on it because it could be, in the long run, a solution.

Q: What does the energy transition mean for Kinder Morgan’s future?

A: We believe our future is bright. What we do in our natural gas business, for example, is provide needed energy today and for a long time to come.

We can do that elsewhere in the world.

Q: During the first quarter of 2021, Kinder Morgan made a $310 million deal to acquire Indianapolis-based Kinetrex Energy, through Kinder Morgan’s new Energy Transition Ventures group formed to identify, analyze and pursue commercial opportunities emerging from the low-carbon energy transition. Can you tell me about the company’s efforts?

A: Renewables are an important part of what we are pitching to our utility customers in California, for example. The more renewables they have, the more they need our gas transport and storage for the times when those renewables are intermittent.

We market our services as deliverability. It is less about how much of the commodity moves through our pipe than how much demand there is for the capacity that we have to deliver. If you need us at certain hours of the day, every day, that makes our pipe valuable and you’ll pay us for it.

We also handle renewable diesel. We put it in our tanks and handle it in our pipes.

These are the kinds of things that, over energy transition, position and pivot us to be ready for what 2035 looks like starting today.

Q: What are Kinder Morgan’s long-term plans as pipelines are the target of environmentalists all over the country because of fossil fuels?

A: It becomes a pipeline-by-pipeline question.

It’s hard to build new infrastructure in the northeast U.S., for example. We have found some good projects to build there, but we have to do a lot of planning and be deliberate about putting those projects together, including sharing costs with our customers, getting the appropriate permits and where we put the pipe or stations. We’re still finding ways to do it, but you’ve got to price-in the cost of the additional work you’ll have to do and also schedule in the time it’s going to take to get the permits, some of which will be opposed. We can still build infrastructure, but it is harder.

Between now and 2030, 80 percent of the growth in demand is going to occur in Texas and Louisiana, not in the northeast. Because those are states whose economies are energy dependent, we have a better opportunity to get the infrastructure that’s needed.

Q: Kinder Morgan was the lead developer for the Gulf Coast Express Pipeline and the Permian Highway Pipeline…. The company was in talks to build a third natural gas pipeline in the Permian Basin. Is that project dead or does it still have legs?

A: The way we’ll approach that opportunity is the same way we’ve approached our other two pipes out of the Permian, which is that we’ll want to secure long term contracts with our customers for the capacity commitments we need to make that investment.

Q: A crew drilling horizontally under the Blanco River hit a void and lost 36,000 gallons of drilling fluid, primarily composed of bentonite clay, into the Trinity Aquifer last year . The spill fouled at least six wells that draw water from it, records and interviews indicate. The accident also halted the drilling under the Blanco and triggered a state violation notice. Can you comment on the fluid spill?

A: We rerouted after we had a release in a directional drilling operation. It was a release of drilling mud. This has been a very sensationalized thing. It does not present the hazard to people that other chemicals might. The mud is certified for use in drilling water wells. That has something that’s been entirely lost in the whole media discussion.

We are working diligently with the relatively small group of people who were affected to take care of their water needs and appropriately compensate them. We had a release. We are fixing it….

Q: Kinder Morgan made $1.4 billion in the first quarter, saying the company’s investments in weatherizing its equipment and facilities paid off during February’s winter storm, allowing it to store, transport and sell natural gas at high prices when supplies were short. It’s been reported that the state’s gas producers contributed to fuel shortages, allowing pipelines and traders to profit handsomely off them . How would you respond to that?

A: I didn’t observe any of our producer customers holding back. That’s all I will say.

Q: Kinder Morgan got a lot of criticism for making a lot of money during the freeze. Do you think the company ought to have made that kind of profit while Texans suffered?

A: The reason we made money is because we prepared with winterization. And, importantly, we manned our facilities. We had our people out there, some with families at home in the dark and cold. They were keeping our facilities up and running so we had the ability to deliver a lot of gas that otherwise wouldn’t have been available to customers.

I’m proud of how our team performed before, during and after that storm. We did good work and helped support human needs. We made money because we were prepared.

‘Meeting human needs’…. ‘Proud’ …. Mineral dense energies are the way of the world–and the future.