Foundations Playing Politics Will Destroy Us If We Don’t Act

Foundations Playing Politics Will Destroy Us If We Don’t Act

Foundations, operating with tax-exemption they flagrantly abuse, are destroying our civil society by playing elitist politics with energy, food and much more.

Politicians of both parties have, for decades now, stood aside as our ruling gentry class has used tax-exempt foundations to play politics with our civil society on a gargantuan scale. You who are readers of this blog understand. You have watched the trust-funder descendants of the Haas, Heinz, Park and Rockefeller families wreck havoc with our lives as they have sought to make wilderness playgrounds for themselves out of Northwest Pennsylvania, Upstate New York and the Delaware Valley.

Global warming has, of course, become their favorite rationalization for their insatiable greed, while conveniently providing corporatist enrichment benefits from investing in green grifting and China. It will only get worse until we demand an end to tax-exemption abuse by foundations, which will, in turn, require a total reform of the IRS. 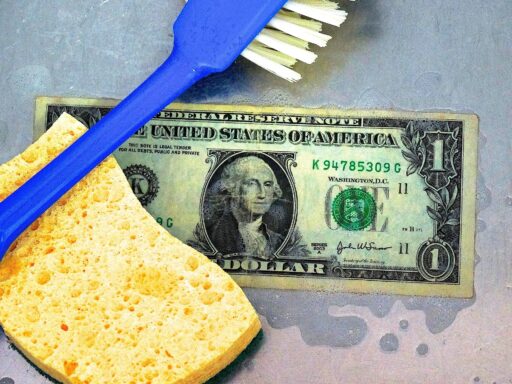 Private foundations are biggest money launderers around! Why isn’t the IRS going after them? Is it, too, part of the corrupt enterprise? To ask is to answer!

Elites, particularly those of the leftist persuasion, are using tax-exemption as a ruse to play politics. New tougher rules are needed to clamp down on this abuse, but even before this, we need serious enforcement of existing rules.

Let me off a simplistic primer on how it works. There are several forms of tax-exemption in the U.S. for non-profit organizations but two are particularly important, these granted under Sections 501(c)(3) and 501(c)(4) of the Internal Revenue Code. The former has to do with charitable institutions and the latter addresses political groups. Both enjoy freedom from taxation of their income as organizations as long as it relates to their missions.

Only the charities, though, can also offer tax-exemption for donors. This is to say that only a Section 501(c)(3)  entity can tell a donor his or her gift to them is a deductible expense. Donations to a 501(c)(4) political group are not deductible.

A Section 501(c)(3) charitable institution is, nonetheless, allowed to do some political lobbying using lobbyists of the conventional sort as well as grass-roots lobbying, which largely amounts to propagandizing for or against specific legislation. A public tax-exempt foundation is limited to spending 15% of its revenue on lobbying. A private foundation, though, where membership is limited to certain donors, is not permitted to do any lobbying under the rules.

And, this is where the greatest abuse is occurring; where elitists from our ruling gentry class are undermining every principle of our free society. They’re using tax-exemption as a way to do politics and still deduct the expense, effectively shifting their tax burden to us as they use the money to advocate for theft of everything we own.

How is it done? Well, it’s a two step maneuver. First, the private foundation prohibited from lobbying (e.g., the Heinz Endowments) awards a grant to a public charitable entity such as the Delaware Riverkeeper, Clean Air Council or Southwest Pa Environmental Health Project for something vague such as education, developing pubic awareness or promoting public health.

Then, the grantee group, also tax-exempt but permitted to do a limited amount of lobbying, uses the funds to do politics under the guise of the deliberately misleading grant purpose. This makes it virtually impossible to accurately segregate the lobbying expense from other outlays and has allowed the Delaware Riverkeeper, for instance, to claim it does no lobbying when, in fact it is staring us right in the face.

It’s free ride to do grass-roots lobbying and the Heinz family gets to play politics in pursuit of its very special interests with completely clean hands, even using its donations to the foundation as tax deductions, while the rest of us ordinarily pay taxes on the funds we put into politics.

Using someone else to do the dirty work is the template of private foundations today. And, many are noticing the illicit influence these entities are having. FrontPageMag.com, for instance, recently did an excellent story noting how the Green New Deal is being marketed politically and included the following observations:

A particularly noteworthy coalition of Green New Deal advocates today is an alliance of 15 leftwing activist groups that collectively call themselves the Green New Deal Network. This Network is a fiscally sponsored project of the Tides Foundation, a $405 million funder of left-wing causes…

The efforts of the aforementioned pro-Green New Deal activist groups are augmented by a second enormous class of 501(c)(3) nonprofits that likewise have been granted tax-exempt status by the I.R.S.: the hundreds of charitable foundations that together award countless thousands of grants, worth many billions of dollars in the aggregate, to environmental activist organizations and causes each and every year. Among the more notable of these foundations are:

The agendas of the activist organizations, charitable foundations, and educational institutions discussed above reflect their political rather than charitable agendas, make them agents of the Democrat Party, and should disqualify them from receiving billions in taxpayer subsidies. But thanks to the partisan – and even rogue – nature of the current I.R.S., they don’t.

This is good research and dissemination of it is critical. It also hints at the basic problem: that what we have here is an elitist influence operation that starts with big funders and works its way down through layers of relationships to grass roots political groups who do the dirty work.

This is not enough, though. We’ve known for years how much undue influence is being exercised by the Rockefellers, Soros, the Heinz family and the other members of this very tiny gentry ruling class. We’ve also known for a very long time that the amount of money thrown at global warming causes swamps anything spent by the industry and others on our side. Yet, it continues unabated, with no virtually no one doing a thing about it other than to complain, which seldom attracts any meaningful support, let alone sympathy. A different approach is desperately needed.

I suggest we “sue the bastards.” Whining about the undue influence is getting us nowhere and concrete action is needed. What is happening with private foundations is nothing less than money laundering and it should be fought on that basis. Likewise, it’s time to demand enforcement of the existing rules with respect to the activities of groups such as the Delaware Riverkeeper, which reported zero expenditures on lobbying for a year when it was, for instance, conducting a webinar to lobby elected officials to support a fracking ban. The main focus, though, has to be on the primary funders of the activity; that is to say the private foundations who fund radical activist groups such as the Riverkeeper.

The challenge, of course, is always finding the money to sue. The oil and gas industry, among others, needs to step up to the plate and apply the pressure where it’s needed. I’ve been preaching this a long time and will continue to do so because we cannot allow this corrupt tax-exemption enterprise to go on if we want a nation that is governed by the people and not its gentry class. We need also need legislators who will call out the offenders and demand IRS enforcement of the rules. In a word, we need courage. Is it out there someplace?