An opinion piece in LehighValleyLive.com illustrates the shallowness of so much we see written about fracking by folks who don’t research.

An opinion piece in LehighValleyLive.com last week, written by Dan Gordon, a Washington, D.C. writer on the subjects of “affordable housing, urban planning and industrial supply sectors” caught my attention because I’m a planner myself and so much of what Gordon wrote is pure balderdash. Good planning, after all, requires good research and what I read revealed very little of it. The title—”For Pa. fracking lacks the job-creating punch of King Coal, steel and railroads”—told me what to expect; shallow anti-fracking “nothing to see here, move along” fluff. And, that’s what was delivered.

Let’s examine some of Gordon’s claims, starting with the he cites as coal, steel and railroad success stories. He mentions, for example, Johnstown in Cambria County as well as Hazleton and Wilkes-Barre in Luzerne County, extolling their successes “etched in state culture.” There were successes in those places, to be sure, but to suggest their current status reflects them is a very long stretch. Those were different days and industry has changed. Communities now seek more balanced long-term sustainable economic development of the sort produced by fracking.

A few stats on per capita personal income (PCPI) from the Bureau of Economic Analysis will suffice to illustrate. Cambria County, for instance, had a PCPI of $32,730 in 2009. By 2019 it risen by $12,377 or 37.8%. That sounds like decent progress, right? Well, not compared to Butler County where fracking is a very big deal and President Trump attracted a mega turnout for one of his campaign rallies. Butler’s PCPI grew by $19,634 or 48.1% to $60,493, moving it from the eighth highest in the Commonwealth to the sixth, as Cambria fell from 37th to 44th.

So, it’s not Johnstown, Hazleton or Wilkes-Barre that are etching out Pennsylvania success today. Rather, it is places such as Butler, Montrose and Washington that are experiencing sustained growth.

This isn’t all that Gordon got wrong, though. He cites data from a 2016 Bureau of Labor Statistics (BLS) study to say the “total of fracking jobs in Pennsylvania” was 20,146. He also disingenuously refers to fractivist Food and Water Watch propaganda as if it were a reliable source of more recent BLS data indicating but 26,000 jobs. What both figures represent, though, is not all fracking jobs but only those “directly associated with shale gas production,” which doesn’t begin to cover it. 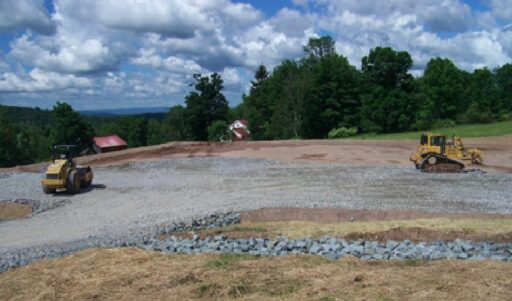 A trucking company hauling fresh water to a site, a mining operation crushing stone for well pads or a contractor hired to clear the site aren’t included unless their business is confined to oil and gas support. Likewise, a small equipment rental business selling to the industry and others, a restaurant feeding industry workers and others or an environmental testing company serving the industry and others aren’t counted. Banks, hotels, lawyers and even planners like me all do more business, the same as it is for coal, railroads and steel. Fracking creates jobs all across the spectrum and direct employment is just the very beginning.

We also find this paragraph in the report:

I don’t know about you, but that sure sounds like a “job-creating punch” to me. Moreover, fracking has allowed natural gas service to be extended to new communities, new senior housing to be built, roads to be upgraded, new companies to be formed, new power plants to be built and all sorts of public improvement projects to be undertaken with Marcellus Shale Impact Fees and revenue to the state.

But, it’s not just what jobs fracking has created; it’s also what those other industries are providing. The BLS data shows the June, 2020 employment at iron and steel mills in Pennsylvania was only 10,378 a fraction of the direct employment in fracking. Would anyone dare suggest these are the only steel jobs? No. There are also 5,082 jobs, for example, in steel product manufacturing from purchased steel and other numerous spin-off types of manufacturing. Indeed, some 2,332 of those jobs were in “iron, steel pipe and tube from purchased steel,” which includes a whole lot of pipe used in lining and fracking gas wells. What are those jobs? Fracking jobs or steel jobs? Both, of course, although Gordon, like Food & Water Watch radicals, has blithely ignored this little factor.

How about coal? Well, there were 749 folks employed in anthracite coal ming and 2,590 in bituminous coal mining.  Like steel, that doesn’t come close to fracking but it doesn’t include ancillary or indirect activities either. Rail transportation directly employs only 1,198 individuals but there are 4,552 hired in manufacturing rolling stock and another 1,182 employed in support activities for rail transportation. This is how it works and notice fracking stacks up real well by comparison, recognizing all these industries include a host of indirect jobs.

Dan Gordon should know that, but his point, it seems, is that fracking will never be as big as coal, railroads and steel once were. That may be true. But, those industries will be never be as big as they once were either, nor will dairying, storefront retailing or many other industries. That’s because things have changed.

We have a far, far more diversified and efficient economy than we had a century ago. Innovation and diversification have created enormous wealth that allows us to do ever more with ever less and ever fewer employees. This doesn’t mean we’ll need fewer workers altogether, although some foolishly argue that. It simply means we’re spreading the opportunities and the wealth around a lot more and doing so much more. We live in a world where no one industry dominates. Even the information sector only employs 79,966 workers but it is diversifying as well. And, I would imagine there are a lot more folks employed in fracking than in writing for the industry, so put that in your pipe and smoke it, Dan Gordon.