Gas Bans Will Transfer Trillions from Americans to Elites

…
[Editor’s Note: Natural gas bans aren’t happening organically; they’re being financed by a ruling class looking to move trillions from ratepayers and taxpayers their own way!]

The Institute for Energy Research (IER) has released a comprehensive overview of a quiet, but pernicious movement by the green left to ban the use of natural gas.

The report catalogs the states and municipalities considering or enacting a ban on new natural gas hookups, an effort that prohibits new homes and commercial buildings from the benefits of an efficient, affordable, and reliable fuel source that has improved America’s air quality at the same time. The report is accompanied by an interactive map showcasing the various stages and efforts across 30 states seeking to eliminate the use of natural gas or conversely, protecting consumers from this extreme movement. IER’s report also compares the cost of going all-electric to the added value that the use of natural gas provides in homes and businesses. 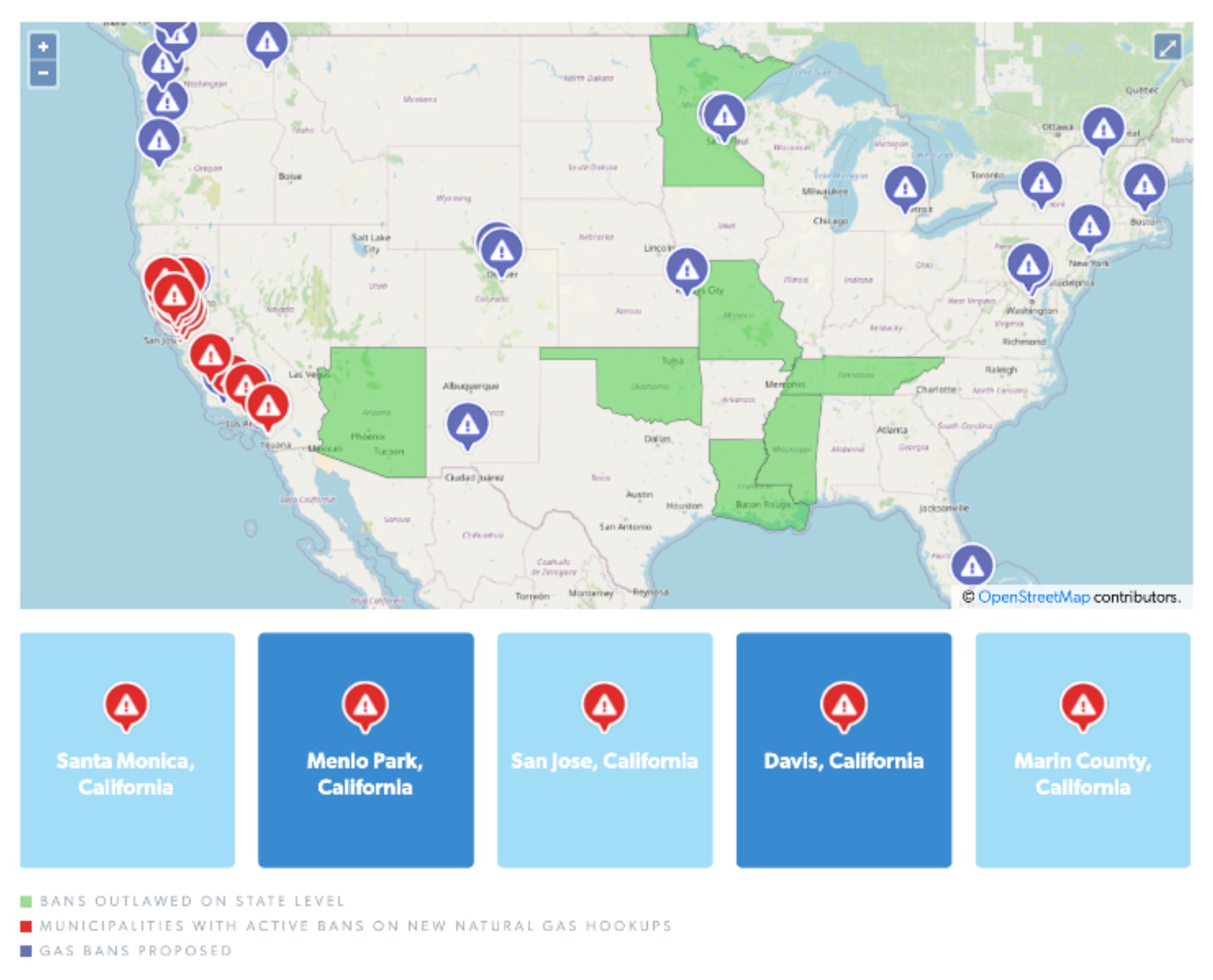 What’s most notable from the overview and map is that the states and cities leading these bans are some of the wealthiest in the nation, mostly residing in California and the Northeast.

Thomas Pyle, President of IER, issued this statement on the battle of the bans:

“City and state governments that enact bans on new natural gas hookups are eliminating consumer choice and discriminating against Americans living on low or fixed incomes. We strongly encourage states, cities and counties from the Atlantic to the Pacific to take into account the negative impacts that these measures would inflict on their constituents and commerce.”

Paige Lambermont, Policy Associate and co-author of the report added:

“Municipal bans on new natural gas hookups are a barrier to consumer freedom, have the potential to cause power prices to rise, and prevent residents from utilizing appliances like heaters and stoves during extreme weather events. Fortunately, many states have acted proactively to prevent the implementation of these anti-consumer policies.”

In order to combat the municipalities engaging in rules to limit access to new natural gas hookups, some states have preemptively passed bills that would preserve consumer choice.

Twenty states have responded to this extreme anti-energy movement bypassing, or are in the process of passing, legislation that prevents energy discrimination within their borders. Ultimately, these states are seeking to allow for more freedom statewide and have made it clear all residents should be able to choose where they want their energy to come from, not be told.

Editor’s Note: The most important thing to bear in mind here is this sentence from the report:

None of these bans occur by happenstance or without the financial backing of the true believers in global warming or the Marxists intent on destroying America from within; they could do little or nothing on their own. It’s the money from the wealthy foundations created by investors in green eggs and scam; in milking the taxpayers and ratepayers for subsidies to finance their own egregiously ostentatious lifestyles. Ideology is not the ultimate mover; money is. The ideology must be confronted with facts to be sure, but in the end the battle must taken to the financiers of this outrageous stuff by exposing what they’re doing (see Big-Green, Inc.) and by going after the tax-exempt groups that are the point of the spear being thrown by these corporatists.