GDS and Coterra Show How It’s Done When Storms Disrupt

GDS and Coterra Show How It’s Done When Storms Disrupt

[Editor’s Note: Storms can create chaos for natural gas exploration and development operations but Coterra Energy and its subsidiary GDS just showed how to handle the situation.]

Late April brought an unexpected winter storm to parts of Northeast Pennsylvania. Wet, heavy snow and wind from the storm wreaked havoc on Susquehanna County. The County declared a state of emergency as fallen trees, downed power lines, and flooding in low areas made it difficult to travel. For Coterra, the storm initially disrupted the movement of supplies and equipment between drilling, completion, and production sites. Fortunately, safe practices ensured there were no injuries or accidents at any point. 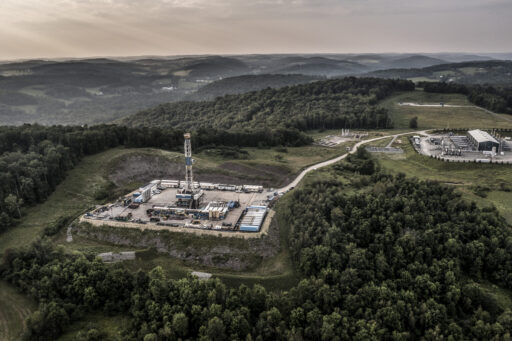 In the eight days that followed the storm, a different situation arose, one that presented a significant problem for Coterra. More than 60% of the County remained without power as First Energy and Claverack Rural Electric worked to restore it. According to BJ Cline, Divisional Superintendent of the Marcellus Business Unit, “approximately 85 of Coterra’s production sites in Susquehanna County run off line power. Fifty eight of these locations lost power during the storm, which accounted for over 1 BCF of daily production.”

Without electricity, production sites would start to shut in (closing off the well so it stops producing) as a safety precaution. These locations have battery backups for short duration interruptions, but the power outages began to stretch past this window. Widespread shut ins would significantly impact Coterra’s production commitments.

Coterra’s Production Team, GasSearch Drilling Services (GDS), and several 3rd party companies worked tirelessly for four days to prevent this from happening. They located and deployed generators to production sites that were in danger of shutting in, keeping Coterra’s production on schedule. The teams worked feverishly to keep the roads clear from storm debris so generators could be delivered safely. They spent over 36 hours moving generators to sites. Additionally, they had to account for the different power needs at each site, coordinating specific generators for the appropriate locations.

Gino Setta, Equipment and Field Services Forman at GDS, remarked, “In a rural county, we only have so many generators in the area. Everyone is trying to get them. Thanks to our relationships with 3rd parties and the County, we made sure everyone had the resources they needed.”

This event even caught the attention of Coterra’s President & CEO, Tom Jorden. He expressed his gratitude for the team and how they “set an example” for how things should be handled in emergencies such as these.

Managing a situation of this magnitude was not an easy feat. It took strategy, communication, and a beautifully synchronized team. Gino expressed, “The most exciting part of this was everyone working together and communicating across different departments. From roustabouts to well tenders to 3rd parties, everyone worked together to move the equipment where it needed to be. It went off exactly how it should have, given the level of experience we were dealing with and the relationships and resources we have built and fostered over the last decade. This was one of those cases where there was no Coterra, GDS, Down to Earth, etc. We were one team and One Coterra!”