[Editor’s Note: Georgia Power is a perfect illustration of corporatism and why some electric power utilities love subsidized net zero energy; because it’s a blank check.]

Jim Clarkson has a sense of humor (see his “The Ratepayer’s Prayer). Remaining light-hearted is necessary when regulation-protected utilities take advantage of ratepayers every kilowatt hour of every day. For Clarkson is a a friend of free markets and thus ratepayers.

A major ongoing saga involves Georgia Power Company (Southern Company) and Vogtle Nuclear Plants #3 and #4, which is still in construction. A project approved in 2006 and started in 2013 was expected to cost $14 billion with power delivered in 2016 (Unit 3) and 2017 (Unit 4). Now, the expense is $27 billion with completion still ahead. 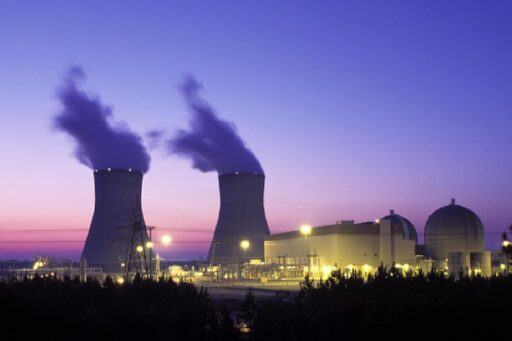 Here are the highlights of Clarkson’s April 2022 Georgia Regulatory Report.

Georgia Power customers are in for many cost increases which we have described. To summarize, there was an increase in January as part of the three-year phase-in for revenue approved by the Commission in the 2019 rate case. January also had changes made to some rate riders for specific costs. Then there was the rate “adjustment” case where increases are approved once Vogtle Unit 3 proves it can operate properly. In June the Company will file for another rate increase to be effective January 2023. Due to high gas prices the Company is almost certainly under-collecting on its Fuel Cost Recovery charges [is] creating yet another need for additional revenues.

Georgia Power’s Integrated Resource Plan includes their proposed Demand Side Measures programs for the next three years. As in previous years the Company says the various efficiency rebate measures all cost more than they allegedly save. Now they say the losses are even worse. However, the Company wants to continue and expand them anyway.

Due to the Company’s growing dependence on intermittent unreliable solar power, there is a need for increased customer reductions in power use in critical times. So now the Company wants to start a program of using customer standby generators to help meet peak demands. Years ago, the Company had a similar program which they abandoned and went for Company-owned single-cycle gas turbines for meeting peaks.

Southern Company spends tens of millions per year on legal fees.  Most of this money is spent in ways that are directly detrimental to the interest of ratepayers.  Georgia Power spares no expense in making its case for more revenues than it needs or deserves.  That’s the insult. The injury is that all this money is collected from ratepayers as a justified cost of doing business.  The more outrageous the requests made by Georgia Power the more they must spend in the attempt to justify them.  Hence, the more rates must be raised to cover legal expenses even if the requests are defeated.

How The Market Protects Consumers

If a monopoly company extracted fat profits from its customers, its share prices would soar, which would give entrepreneurs and investors an incentive to create rivals to the incumbent monopoly.

Sometimes defenders of government-protected monopolies say there can be no competitors for an entrenched network. But there are other networks already in place that could expand their services. Homes and business facilities have telephone, water, power and other network providers who could expand their services. We can’t exactly predict how the free market would challenge utility monopolies. Let’s just free up the utility market and find out.

One thing for sure, competitors, or just the threat of competition, would keep foolish nuclear generating facilities from being built.

To kick off what was supposed to be the nuclear renaissance the Federal government promised loan guarantees to the first few projects. Georgia Power repeatedly cited this provision as a ratepayer savings when justifying the Vogtle project. Instead, the loan guarantees have enticed them to start a project that might not have been feasible under market conditions. Ratepayers now face a disaster.

After the Vogtle project began there was news the Department of Energy was holding up the approval of the guarantee. DOE’s problem was the way the financing of the deal put nearly all the risk on consumers. Tom Fanning, Southern Company CEO, engaged in strategic posturing to pressure DOE saying Georgia Power would use conventional financing if the guarantee was not approved. Tom was not about to put his stockholders at risk.

Anyway, the problem went away due to well-placed political contributions. The most notable was the $100,000 contribution Southern made to Obama’s second inaugural ball. At least the DOE negotiators tried to protect ratepayers. That’s more than can be said for the GA PSC and General Assembly that overrode market protections and left electricity customers on the hook.

The Georgia Public Service Commission Staff has a very generous retirement plan. We don’t mean their tax-deferred 401-K plan. By pleasing Georgia Power, a staffer can count on a lucrative consulting gig after retiring from the PSC. The overwhelming majority of the PSC Staff, especially the senior members, are pro-utility and don’t give a damn about ratepayers.

Using hired consultants, the Advocacy staff makes a pretty good case against Georgia Power’s outrageous proposals. But time and again, the staff will sell out customers in negotiations to settle contentious matters in the utility’s favor.

Parity and the RTP Problem

Out in the real economy marginal cost pricing is a sensible and well-used practice. With the implementation of Real Time Pricing (RTP), Georgia Power, for regulatory reasons, has serendipitously developed something that makes sense. Hourly pricing based on marginal cost provides important signals for customers to invest and modify operations in a way that saves money for all utility customers. This use-changing reaction from customers gives the utility feedback not found in the use of average cost pricing.

The problem comes from the term in utility parlance “parity” which describes having a utility rate of return being equal for all customers. Georgia Power, with PSC support, does not practice parity. Business customers pay more than their fair share so the Company can under-charge the voting residential customers. Georgia Power’s standard rates have a cross-class subsidy of about $260 million per year from business customers to residential users. Each time Georgia Power has a rate case they claim they will move toward parity but with glacial slowness.

The RTP rate, while profitable, based on cost does not carry this cross-class subsidy; so any customer moving electricity use from standard rates to RTP causes the Company a revenue problem as some sales escape paying the subsidy.

A major function of the PSC is to give the public a false sense of confidence that someone is watching for monopoly abuse. Without the PSC protecting them, utilities would not dare rip off consumers to the level they are getting away with now.

The system of politicized energy distribution consumes more resource than necessary to provide service.  The excess revenues flowing into the system provide profits above what could be obtained in a competitive market.  The money is further dissipated by inefficient operations, provides recovery on unproductive and inflated investments, is funneled to unregulated affiliates, is used to satisfy uneconomic fuel contracts and consumed in efforts to preserve monopoly status rather than to satisfy consumer demand.  The utilities are staunch supporters of regulation; they are terrified of the prospect of having to succeed in the market.

The market is a harsh master.  It can’t be taken to dinner or impressed by a swanky golf outing.  Fancy talk, smooth lawyers and well-connected lobbyists have no ability to influence the market’s decisions.