Germany Can No Longer Afford Renewables. This Is Our Future.

[Editor’s Note: The Energiewende in Germany has been a financial disaster but, of course, Congress wants it to use it as their model of green political correctness.]

Germany heavily taxes its power consumers for the added cost of wind and solar power. Power consumers make up the difference between payments made to investors and the wholesale power price. That makes the surcharge for renewable energy variable, moving with the price of wholesale power. Since January, wholesale power prices in Germany fell 20 percent due to the coronavirus lockdowns, which resulted in an increase in the renewable surcharge. That surcharge has enabled the government to reach over 50 percent of the nation’s electricity capacity from wind and solar energy, but it will cost consumers about 26.2 billion euros ($29.4 billion) this year to support investors. 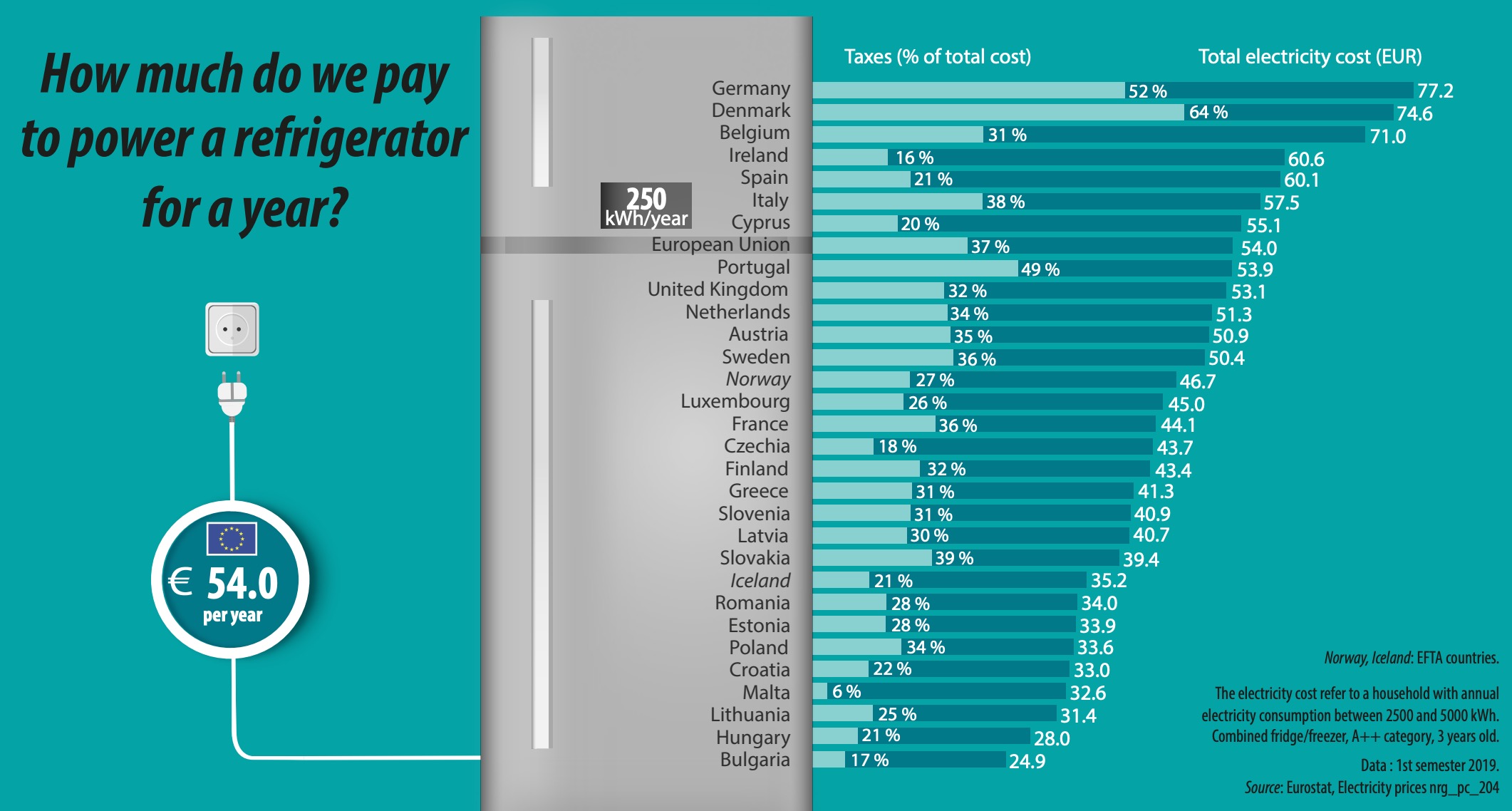 Top of the heap!

Chancellor Angela Merkel decided to aid power consumers by using government funds to cut the renewable surcharge fee by two cents per kilowatt hour next year that will cost about €11 billion, which is part of the country’s €100 billion economic recovery package.

In the United States, wind and solar power are subsidized by federal and state tax credits and mandates that over half the states have enacted which force wind and solar power into their generating systems. While the tax credits were supposed to be temporary to allow for a young industry to get off its feet, they have now been in place for 30 years—more than enough time for the industry to reach adulthood.

The wind production tax credit has been extended a dozen times since 1999 and the Democrats in the House of Representatives want to extend it again under the guise of coronavirus. Only this time, they want to allow for the option of direct payments rather than a credit on investors’ taxes, which they believe will encourage investment. The U.S. Treasury estimates that the existing form of the Production Tax Credit will cost taxpayers $40.12 billion from 2018 to 2027, making it the most expensive energy subsidy under current tax law.

House Speaker Nancy Pelosi and other Democratic leaders included extensions of tax breaks for the renewable energy industry as part of a $1.5 trillion infrastructure package. The infrastructure bill, called the Moving Forward Act, extends a tax break for onshore wind developers for five years and one for solar developers for six years. It would also allow those renewable energy companies to receive the credits as direct cash payments, rather than only being able to use them to lower their tax burden.

The current subsidy system for wind and solar power is much better than the tax deductions which are familiar to most Americans who have mortgages and other deductible expenses. However, the proposal for direct payments would be even better, in that even companies that do not make any profit could get paid by taxpayers for their wind and solar investments.

The House proposal would extend the renewable production tax credit (PTC) in most cases for facilities that begin construction by the end of 2025. The PTC for onshore wind energy would remain at the current phase-out levels for 2019 and 2020—60 percent and 40 percent. The bill would extend a break for offshore wind facilities, which would be allowed to elect into the investment tax credit (ITC) and be exempt from the value reductions under the PTC that onshore wind projects face. This is probably because offshore wind is much more expensive than onshore wind, and is, in fact, one of the costliest forms of electrical generation.

The bill, H.R. 2, would also extend the ITC, which is phasing out of the code under a 2015 tax deal, similar to the phase out of the PTC. The ITC, which allows a tax credit of up to 30 percent of the cost of a project, is basically extended at full value for projects that break ground by the end of 2025, when it phases down over two years.

For solar projects, the value would decrease to 26 percent in 2026, 22 percent in 2027 and 10 percent thereafter. The bill would also extend ITC eligibility to energy storage projects, which are needed as back-up for intermittent solar and wind projects if fossil fuels are no longer available to back them up. Storage systems are currently very expensive due to extensive use of advanced batteries and other electronics.

Wind and solar technologies are part of the generating system landscape due to government subsidization as described above. Further, politicians in both the United States and Germany are using the coronavirus pandemic as a means to prop up these industries more, by putting additional burden on taxpayers.

Rather than propping up an expensive system, the system should be reformed to stand on its own, particularly given that the solar and wind industries and their advocates argue that they are now competitive with traditional generating technologies including fossil fuels, hydroelectric, and nuclear power.

Hiding the costs of renewable technologies through consumer- and taxpayer-funded subsidies is not sustainable, and extending those subsidies to technologies made necessary by renewable energy’s inherent intermittency (storage technologies) is simply throwing good money after bad.