Germany Facing Future of No Beer and Cold Showers?

Germany Facing Future of No Beer and Cold Shoulders?

Germany, led by a stubborn former East German who exemplified authoritarianism, went on an Energiewende bender, but is paying the price we told them to expect.

Angela Markel led Germany into what we said would be an energy disaster as she promoted the foolish Energiewende, banned fracking at home, planned the demise of nuclear and locked her nation into dependence on Russian natural gas. Eight years ago, I wrote about where this was all leading, noting “Germany’s renewables program isn’t delivering, isn’t affordable and isn’t anything close to what’s been touted by our fractivist friends.” The evidence was all there, but Germany stubbornly clung to its green dreams and now it faces and even worse future of no beer and cold showers. It’s about as grim a picture as one can imagine for the boisterous imbibers who like to dress up and dance around with a stein in their hand to the music of some oompah band. 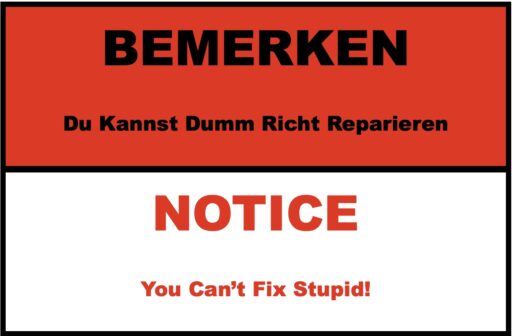 It would be easy to say I regret having to say “We told you so,” but that would be a falsehood, because it appears the only way to knock people off the politically correct energy path to their own destruction is for them to experience cold showers, dark rooms and no beer, not to mention exploding costs of energy and malling by the Russian bear. That’s what’s happening, so, while I hope it only lasts long enough to restore sanity, Germany is getting a very necessary lesson. Consider the following:

People in Hanover, Germany, are stuck with cold showers and reduced heat in city buildings as Russia continues to cut its gas supply to Europe.

The city’s goal is to cut its energy use by 15 per cent, bringing them in line with a recent European Union agreement to ration energy and wean itself from dependence on Russian gas.

That means turning off the hot water in city-run facilities, including swimming pools, sports halls and gyms, forcing people to wash their hands and take showers in cold water.

The city is also shutting off outdoor lighting at museums, municipal buildings and other public sites around the city, and turning off all public fountains.

Come fall, heat use will also be scaled back.

And, then there’s this:

Famous event Oktoberfest may yet be cancelled for the third year in a row. It was axed in 2020 and 2021 for the pandemic.

Rosi Steinberger, a member of Bavaria’s regional parliament told the New York Times that the country’s Christmas markets could also be pulled.

And non-essential industries – including Bavaria’s breweries – could be forced to shut down in a bid to conserve energy amid rocketing gas prices.

We were hardly the only folks to issue warnings to Germany (as if they cared what we had to say). Rafe Champion from the land down under did a short video in 2019 to warn fellow Australians of how equally bad their own energy policies were. Champion is as dry as could be but stick with him, because he explains beautifully:

Sadly, few were listening and the crisis of energy mismanagement in both Australia and Germany has only gotten worse in the three years since the video was produced. Germany’s situation, though, has been exacerbated by its dependence on Russia for the fossil fuels it won’t produce for itself:

Russia supplies more than a third of Europe’s gas…

Germany does not only need gas from Russia. BAFA showed that 34% of Germany’s crude oil came from Russia in 2021 and coal group VDKi said 53% of hard coal received by German power generators and steelmakers came from Russia last year.

So, Germany has predictably boxed itself into an expanding crisis that could take down its economy as well as deprive it hot showers and cold beer. Has it been enough to open the eyes of Germany’s leaders, though? Well, certainly not the stupid greens, as we learn from one of the stories above:

Lagodinsky, a member of the Greens/European Free Alliance group, says Germany has allowed itself to become overly reliant on Russian gas instead of investing in green infrastructure. Mayor Onay agrees.

“I think this is something everyone sees right now.”

It takes a truly blind or totally disingenuous ideologue to imagine the Energiewende wasn’t already massive investment in green infrastructure and to not recognize this is precisely what put Germany at the mercy of the Ruskies. And, if Hanover’s Mayor is correct that everyone in Germany still believes it’s the way to go, then they’re going to experience a lot more pain going ahead than just cold showers and no beer.