Germany Plays Into Hands of Russia As Result of Its Energiewende

Germany has, with its Energiewende, completely boxed itself into a corner where the big Russian Bear is able to relentlessly torment it.

Our good friend, Dan Markind, has written a superb piece for Forbes that gets at everything that’s been wrong-headed about energy policy in Germany over the last decade or so. The Deutschland has pursed a mindlessly inept but politically correct Energiewende that, sadly, is the model for states such as New York New Jersey and California. Dan explains it all as only he can and his summary is a warning to all Green New Deal advocates that what they seek is both foolish and dangerous. We must learn from Germany and cannot ourselves to fall in the trap they set for themselves. 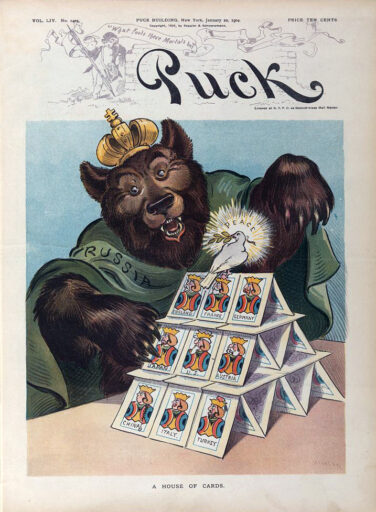 Here are a few excerpts from Dan’s outstanding article:

Since embarking on its “Energiewende” policy in 2010, Germany has prematurely taken offline most of its nuclear reactors, and it has refused to permit new energy projects involving anything other than so-called “renewables.” Currently, there are only six German nuclear reactors online, and they are all scheduled to be phased out by 2022. Meanwhile, as others have predicted, Germany has now felt it necessary to supply much of its energy needs though construction of the Nord Stream 2 pipeline, which it continues to tout as only a short-term solution.

Unfortunately for Germany, this program has only increased its dependence on imported natural gas, and “renewables” have not been able to make up for the power lost by Germany’s program to date. Germany also has energy prices that are among the highest in the world, averaging over 30 cents per kilowatt hour. This compares to 13 cents per kilowatt hour in the United States.

Faced with that harsh economic reality, Germany jumped at the chance to build a direct pipeline in the Baltic Sea with Russian cooperation, thereby bypassing Ukraine, Poland, and the Baltic States. Germany’s thinking was that this partnership with Russia would lower its own energy costs, but would also deny those countries the transshipment fees that have long made up a substantial part of their economies (which is 3% of Ukraine’s economy alone). Both Germany and Russia believed that this plan would increase the demand for Russian natural gas, which otherwise would have limited access to many global markets and is typically drilled with few environmental safeguards in the Arctic.

Now Russia has upped the ante. By moving large amounts of troops and military equipment towards Ukraine, Russia either is testing NATO and the West as a whole, or is indeed preparing for another invasion. Either way, Germany loses. If it joins with NATO in taking a strong stand against Vladimir Putin, it magnifies the danger to its own economy that Nord Stream 2 represents by making German energy increasingly dependent on Russian supply. If it breaks with NATO and appeases Putin, it cleaves a hole into the NATO structure while making itself politically subservient to the Kremlin.

While Germany and the West are phasing out fossil fuels without any real alternative at this point, Russia (along with China) is taking a more clear-eyed view toward energy. The result of Western idealism versus Russian (and Chinese) realism is about to be played out, first in Europe and then perhaps in the South China Sea.