[Editor’s Note: Glagow (COP 26) has been purely corporatist enterprise; a business meeting of the world’s corporatists with cocktails for supportive government elites.]

Days before the twenty-sixth Conference of Parties in Glasgow, Scotland. Pope Francis and President Biden met in Rome to discuss “efforts grounded in respect for fundamental human dignity,” including “tackling the climate crisis and caring for the poor.” They should have read Climate Change: The Facts 2017 before they met, especially my chapter critiquing His Holiness’s energy and climate “ethics.”

A key point: Climate changes due to human activities pose no catastrophic threats to people or planet. 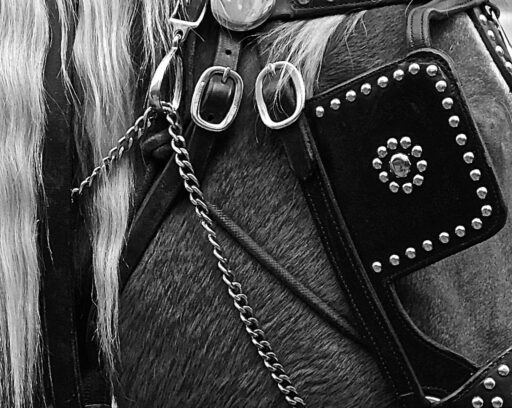 Their horse-blindered focus on “manmade climate change” wildly exaggerates the small human influences on climate and weather – and ignores skyrocketing energy and food prices; the sporadic, unpredictable nature of wind and solar power; and that many times more people die in cold weather than in summer heat waves, especially sick and elderly people who can’t afford to heat their homes properly.

Moreover, “caring for the poor” is very different from lifting people out of poverty – helping them use abundant, reliable, affordable, mostly fossil-fuel energy to expand economic opportunities, create jobs, and improve health, living standards and life spans. Indeed, most of the “solutions” presented in Glasgow are the antithesis of respecting human dignity, improving living standards and saving lives.

What’s really being presented in Glasgow is lethal carbon-imperialism. Thousands of glitterati flew in on private jets, joining some 25,000 politicians, climateers, bureaucrats and activist journalists. They’re telling the world, “We don’t do sacrifice. We impose sacrifice on you commoners.”

But climate fanatics hobnobbing in Glasgow, blocking DC roadways, storming federal buildings or planning to sabotage pipelines are not about to allow more mining, processing or manufacturing in the United States, Europe or most other modern countries. They’ve made even major copper-cobalt-nickel deposits (essential Green New Deal materials) in Alaska and Minnesota off limits.

They demand that these activities take place somewhere else – mostly in China or via Chinese-owned operations in Africa, Asia and Latin America … often with child and slave labor … under minimal to nonexistent pollution, workplace safety, fair wage, fair trade, mined land reclamation, and other laws, ethical standards and human dignity guidelines. It’s also a path to environmental and economic disaster.

Concerns about “responsibly sourced” materials, components and products apply to T-shirts, sneakers and coffee – not to wind turbines, solar panels, backup batteries and electric vehicles for “saving the world.”

Let Boston Celtics center Enes Kanter protest Uighur forced labor, rape, sterilization, torture and indoctrination on his shoes and in his Twitter videos. Like Nike and the NBA, climate-obsessed COP-26 fear-mongers will happily do business with Xi Jinping on “clean, green, renewable, sustainable” energy. That all this mining and manufacturing somewhere else will also involve prodigious amounts of gasoline, diesel, natural gas and coal – and greenhouse gases – is likewise irrelevant to COP-26ers.

Don’t hold your breath waiting for President Biden, Pope Francis or Climate Envoy John Kerry to speak out about any of these climate and human rights atrocities.

Just as evil, Western banks will no longer finance fossil fuel, nuclear or even hydroelectric power. In fact, the UN’s Glasgow Financial Alliance for Net Zero recently announced that financial groups with assets of $130 trillion have committed to forcing companies to cut emissions, by blocking financing for fossil fuel projects, channeling trillions of dollars to “renewable” technologies, and imposing “pathways” and demands on corporations and financial institutions to “restructure themselves.”

“We now have the essential plumbing in place to move climate change from the fringes to the forefront of finance, so that every financial decision takes climate change into account,” an alliance leader said – “transforming the global financial system in the process.”

The US Securities and Exchange Commission plans to announce rules for “carbon disclosure” – but none for disclosing information about child and slave labor, habitat destruction and the slaughter of birds, bats and other wildlife so intimately associated with Green New Deal mining and wind and solar installations.

Even more outrageous, the Biden Administration’s Labor Department has proposed a rule that would explicitly direct your retirement plan administrators and asset managers to “consider” progressive environmental, social and governance (ESG) ideologies and factors every time they choose investments. Employees would be enrolled in woke ESG funds as a default, unless they select a different option.

That means your 401(k) retirement funds could be channeled into leftist causes, all with the connivance of the Left’s Wall Street, corporate and political allies – and to the enduring detriment of the world’s poor.

Under these and other COP-26 agendas and edicts, US, EU, Canadian and Australian living standards would go down a few notches, to levels the Left deems “more fair and equitable” for homes, travel and diets. Poor developing countries would be restricted to improving their people’s living standards to levels that sprawling wind and solar installations could support. No fossil or nuclear power for them.

Poor nations may improve their crop yields only through agro-ecology. There will be no financing for tractors, pesticides, modern fertilizers and large-scale farming, or anything possibly involving methane.

These policies are eco-imperialistic, lethal, racist and white supremacist. But the COP-26 crowd is unlikely to utter a word of concern, much less opposition; nor will it mention the energy deprivation, joblessness, nineteenth-century living standards, rampant disease, primitive stoop-labor agriculture, and premature death that their policies perpetuate.

To help drive this agenda, Big Media and Big Tech will suppress any questions and dissension – and debunk, defund, deplatform, censor and cancel anyone who tries to debate such “climate denial.”

It’s no wonder the Group of 77 poor countries has issued an ultimatum. They will agree to Paris-Glasgow climate/energy pledges only if rich countries give them at least $750 billion per year in reparation, compensation, mitigation and adaptation assistance. African nations and the coalition of Like-Minded Developing Countries have presented an even bigger figure at Glasgow: $1.3 trillion annually! Moreover, they want the money as grants, not loans. Who can blame them?

“Africa can’t sacrifice its future prosperity for Western climate goals. Africans have a right to use reliable, cheap, energy,” in conjunction with renewables, says Uganda President Yoweri Museveni. Restricting Africa to solar and wind power would impose poverty and death. Ditto for other regions.

The $750-billion number was reportedly met with silence by John Kerry. French President Emmanuel Macron said, “We should be focused on delivering the $100-billion [per year that rich countries already promised at COP-21 in Paris], before we start talking about huge numbers.” ($100-billion isn’t huge?)

They didn’t mention the $1.3-trillion demand. Nor did anyone question how these incredible sums are going to come from now-rich nations that are also expected to hamstring their energy output and use, economies, jobs, living standards and revenues – and still come up with trillions of dollars in new aid.

Maybe that’s why they plan to use your 401(k) funds and force every bank and financial institution to kowtow to their climate demands. It’s time for African, Asian and other developing nations to chart their own destinies, finance their own energy – and tell all these COP-26 attendees “Let’s go, Brandon!”

Editor’s Note: Read the bolded section of this story carefully and you’ll see Glasgow has been all about money; a corporatist and, frankly, fascist attempt by global elites to fashion government into a money machine for them on the backs of commoners using phony global warming hyperbole as an excuse. Its time for major pushback and we’re not getting it from the likes of warm spit types now running organizations such as API.