The U.S. Supreme Court’s 6-3 decision in West Virginia v. EPA is truly a landmark ruling. It decisively rejected the Environmental Protection Agency’s attempt to use vague, “previously little-used” language in the Clean Air Act to shutter America’s remaining coal-fired power plants and force the nation to switch to pseudo-renewable energy, in the name of ending the “manmade climate crisis.”

But the decision goes much further. The Court made it clear that federal agencies may not impose “major federal actions,” decide “major questions” or implement “transformative expansions” of their regulatory authority without specific statutory authority clearly conferred by Congress. 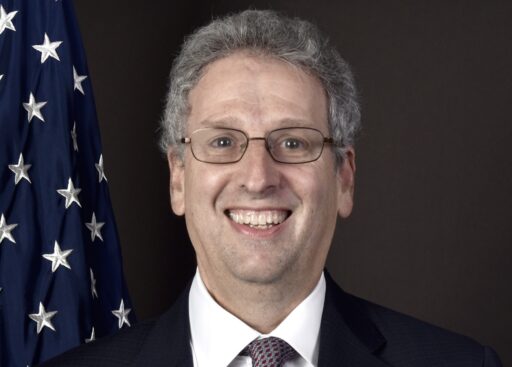 In other words, federal agencies do not have the power or right to take unilateral actions that effectively transform or undermine major sections of America’s energy, economic or agricultural systems, its industries or its living standards, unless Congress has given them explicit authority to do so.

Such enormously “transformational powers” belong to the American people, acting through legislators they elect to represent them – not to bureaucrats who are not elected and cannot easily be removed from office or otherwise disciplined and held accountable. The intolerable regulatory overreach exhibited by EPA (and too many other federal agencies) violates our Constitution, its “separation of powers” doctrine, and any rational understanding of “legislative intent.”

Many Americans believe West Virginia v. EPA represents a great victory over the regulatory “Deep State.” However, the Court’s ruling will mean little if the Biden Administration refuses to acknowledge the decision and continues doing as it pleases, perhaps reflecting the “progressive” view that the Court has gone “rogue.”

To cite just one example, consider what’s happening with regard to pipeline policy – yet another choke point the Administration is utilizing to force America to terminate fossil fuel use.

Richard Glick, the Federal Energy Regulatory Commission’s radically left chairman, claims the ruling doesn’t apply to him. He insists that several federal district courts – two tiers below the Supreme Court – previously held that the EPA could regulate coal into oblivion. Therefore, he claims, the energy-killing regulations he wants to impose on pipelines can remain in place, or even be made more onerous, unless the Supreme Court specifically overrules him and FERC on that specific matter.

Under this “novel” interpretation, federal agencies can ignore or defy the Supreme Court on any regulations they want to implement – even regulations with major national implications, even rules that could leave people freezing jobless in the dark and perhaps dying from hypothermia – unless and until the Supremes render a decision specifically against those agencies and rules.

Or, perhaps even until the Court has mustered its own army or sent an FBI or IRS SWAT team to kick in agency doors and enforce its decisions.

Chairman Glick wants FERC to revive its proposed rule requiring pipeline companies to account for all greenhouse gas emissions from construction or operation of their pipelines – even if it means many states and cities could find themselves without natural gas to electrify, heat and air condition homes, operate restaurants, hospitals and schools, power factories, or provide backup electricity during emergencies.

Pipeline companies say they would have to abandon many markets if the FERC rule is imposed, because it is hugely expensive, impossible to follow and likely to bankrupt them.

When Democrat and Republican members of Congress learned about the proposed rule, they urged FERC to rescind it. The Commission ultimately did suspend further consideration of the measure, but Mr. Glick’s recent remarks suggest he may try to unilaterally lift the suspension.

Perhaps his position is so at odds with the Supreme Court because the White House told him to disregard the ruling. President Biden repeatedly said on the campaign trail and since his inauguration that he is little concerned about high energy prices. He promised to end fossil fuel use in the USA and intends to do so, regardless of any impacts that might have on families, jobs and global geopolitical realities.

Those actions clearly signaled that he was willing to sacrifice our nation’s hard-won energy independence and once-strong economy on the altar of extreme green ideologies.

When food and gasoline prices more than doubled and inflation shot to a 40-year high, his approval ratings sank to lows never endured by any American president, Mr. Biden was reduced to begging Saudi Arabia, Venezuela and Iran to produce more oil. Perhaps he thinks their fossil fuels don’t emit “carbon.”

The wealthy will buy expensive electric cars that will be charged with pricey, intermittent, weather-dependent wind and solar power. Middle classes will see their jobs and living standards plunge further.

Meanwhile, China, India, a hundred other developing countries and a newly refocused Europe are all burning more fossil fuels, to improve and safeguard people’s living standards and lives – and provide the “renewable” energy materials and technologies the United States cannot or will not produce itself.

Moreover, the fact that Mr. Glick’s boss has an anti-fossil-fuel agenda does not mean FERC’s chairman can ignore and defy America’s highest court. He swore to respect our Constitution and the separation of powers enshrined in it. He has no right or authority to advance the ideological whims of political officeholders, even a President.

Chairman Glick’s past comments show he already understands this. If he pushes his pipeline rule now on climate grounds, it will spell trouble – for American families, and for our Constitution, judicial system, regulatory state, respect for the rule of law, and survival as a united nation.

We hope he musters the courage, common sense and recognition of his oath of office to do what is constitutional, as opposed to what’s momentarily convenient, albeit incomprehensible. But that’s highly unlikely.  So keep this destructive Biden agenda in mind when you head to the pollsNovember 8.