Global Warming 26.0, Is There Anything It Can’t Do?

[Editor’s Note: Global warming, now branded as climate change to deal with inconvenient data, has become the cause célèbre for haughty utopians but it’s the same old crisis con.]

“Never let a crisis go to the waste,” said the former chief of staff to Barack Obama, the President determined to transform America into something in his own image. He might well have added “and if you have to create one to do it then, by all means, do so.” Such is the hype surrounding Global Warming 26.0, otherwise known as COP 26 Glasgow, as billionaires and plutocrats jetted into Scotland to tell the commoners to follow the advice of an annoying Greta not to jet anywhere or face the dire consequences that have been just around the corner for the last 40 years or so. 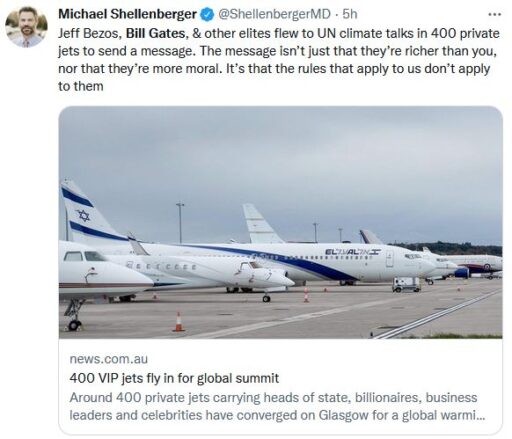 Those consequences have been detailed in many lists of the supposedly inevitable results down the road if we don’t obey our betters, reset everything and build back better with them in charge of our brave new world. The lists are invariably stretched so far beyond the limits of rationality as to become the worthy targets of ridicule, but there are serious consequences of all this hype over global warming which have caused me to assemble my own “global warming, what can’t it do” list. See if you don’t agree:

This is what COP 26 is all about. It’s the world’s biggest ever con. Whatever data may exist to support the idea behind it, global warming is simply the new face of an age-old attempt to substitute the rule of Plato’s Guardians for the voice of the people.