Global Warming Scare Tactics Are No Substitute for Facts

[Editor’s Note: Robert Bradley points out, with examples, that global warming is not an existential threat but something to be studied before acting rashly.]

“Is there any more single-minded, simple pleasure than viewing with alarm,” asked ecological economist Kenneth Boulding in 1970. In the last half-century, the scare has gone from mass starvation (the “population bomb”) to mineral exhaustion (oil and natural gas shortages, in particular) to global cooling (mini-Ice Age) to global warming (a/k/a climate change). 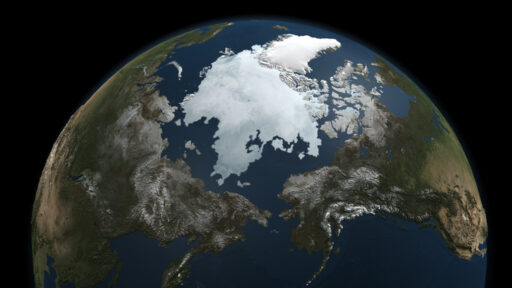 President Biden’s “climate day” (January 27, 2021) continues the scare litany in the service of expanded government at home and abroad. Dense mineral energies, the fossil fuels, are the main culprit. The U.S. must lead and sacrifice in the war against oil, gas, and coal despite our 14 percent (and falling) share of global CO2 emissions.

“This executive order I’m signing today also makes it official that climate change will be at the center of our national security and foreign policy,” Biden stated.

Is it? Why climate change, and why now? After all, dire climate predictions and ultimatums have reached and exceeded their due date without fruition, as have the population and Peak Oil scares that hark back to the late 18th century and mid-19th century, respectively.

Consider the career-long prognostications of John Holdren, Obama’s two-term science advisor. “Some form of ecocatastrophe,” he wrote (with Paul Ehrlich) in 1971, “seems almost certain to overtake us before the end of the [twentieth] century.” In the mid-1980s, Holdren specifically predicted that as many as one billion people could die from climate change by 2020.

Compared to Holdren’s 128 deaths per 1,000 from climate change alone, all deaths last year were 7.6 per 1,000. Climate-related deaths, meanwhile, have dramatically declined due to increasing wealth and societal resiliency, a pillar of which is reliance on fossil fuels, which account for 84 percent of global energy usage today.

But the data suggests otherwise, from hurricane  frequency/intensity and landfall to drought and floods to U.S. wildfires to damage from ocean acidification.

Global warming, which began in the mid-19th century with the end of the Little Ice Age, has been artfully magnified into something to be feared. Temperatures rise and fall at short time intervals, even within minutes. The (daily) diurnal cycle changes by tens of degrees, yet yearly global averages (very imperfectly estimated) change by hundredths of a degree.

“NASA’s data set for global temperatures goes back to 1880 and shows that since that year, the earth’s temperature has risen by only 1.14°C,” noted David Simon, the son of ‘doomslayer’ Julian Simon. “An increase of 1.14°C over 139 years translates to an average increase of only 0.008°C per year.” Little wonder that entrepreneurial alertness has overcome counterproductive policies in the name of climate, prominently including dilute, intermittent energy forcing.

Alarmists predict that manmade warming could accelerate. But the same climate models have notoriously over-predicted recorded warming, raising questions about their ability to parameterize the microphysics of climate for reliable outputs. Further, the more the atmosphere absorbs the (trace gas) CO2, the less warming results per emission unit, a growing barrier to CO2 mitigation strategy.

Global cooling, not anthropogenic global warming, is a real planetary concern over the long term. “The good news is human influence has averted the next ice age,” states John Holdren in his stock “Meeting the Climate Change Challenge” talk. But how much have we “over-compensated,” as he goes on to assert?

Bjorn “Get the Facts Straight” Lomborg has emphasized the risk of climate policy, not only physical climate change. He warns against “too ambitious and overly costly climate policies” that result in “a growth path that will deliver dramatically less welfare, especially for the world’s poorest.” Adaptation is the first line of defense against inhospitable weather and climate, which means, to Lomborg, “making sure people across the planet get out of poverty.”

The “existential threat” of climate change asserts “market failure” on a global scale. But energy/climate coercionists should also recognize analytic failure in defining the problem and government failure in designing the solution.

Leave energy and the economy alone, Mr. President. A strong economy and energy freedom is the best policy, come rain or shine.