Green Energy for the Woke Is No Bargain for the Awake

[Editor’s Note: Vic Furman talks candidly about his way of making points and why he sees green energy politics as nothing but a scam on America being pushed by Joe Biden.]

Some may call me an extremist, others say I could use a few lessons in etiquette, but with me you get just what you pay for keeping in mind I am free (in more ways than one). The truth is I simply speak my mind. I say it like I see it and I have a few thoughts on the recent and foolish push to substitute supposedly green energy for dependable fossil fuels such as good old fashioned gasoline and natural gas.

Let me first address Day One of the Biden Administration, when he rushed to do what he promised enviros during his basement campaign and dismissed his other promise about saving American gas related jobs. it took less than 60 minutes for Biden to reward the green energy hucksters and abandon blue collar workers, some of whom he had suckered into supporting him. 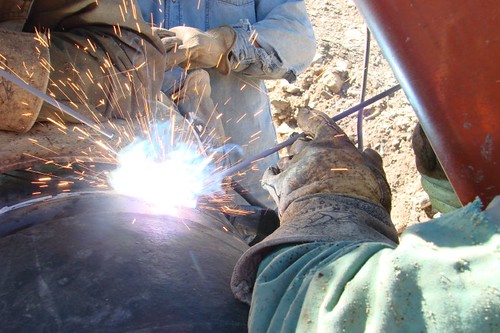 If you’re a welder or in a pipe fitters union and voted blue, well, thank you for making me that much smarter than you because I knew what he’d do. He said it on stage, “green energy is American.” If that wasn’t a clue of what was coming, just look at his choice for VP; a radical opponent of fracking and everything that has made America energy independent. The Keystone Pipeline died with a stroke of the pen by a con man. Some folks just didn’t want to believe he was that craven.

But, hey, it’s even worse than that. Not only are we buying Russian fossil fuels but we are, as hard as it is to believe, making it easier to build pipelines to benefit our enemies, Meanwhile, brand new coal fired power plants are being built at a rapid pace in both India and China as well other countries who have given lip service to the Paris Accords but otherwise ignore them as clueless Joe re-upped our participation in this scam to bleed America and enrich the scammers..

Imagine this: you’re on Interstate 95 near Georgia, a tractor trailer collides with another parked on the shoulder of the highway, it flips and, unable to stop, the next 10 to 20 cars collide into the wreckage and each other. The year is 2030 and we’re all driving electric, it’s 95 degrees outside and for the next four hours no one is going anywhere. Electric cars do not have adequate air conditioning because they drain too much power and you need the save power to get the heck out of there and to a charging station when things are cleaned up. Have you ever been in a traffic jam in the south? I have and without air conditioning you’re as close to cooked as you’ll ever be.

Or, imagine the alternative; being trapped in your car during a snowstorm when you need a heater. It happened on the Pennsylvania Turnpike in 2016:

“Some cars, trucks and buses stranded in snow on the Pennsylvania Turnpike were trapped for more than a day, amid a massive snowstorm that pummeled the East Coast over the weekend.”

How will an EV handle that situation? Not well!

I sometimes get questions on social media asking “shouldn’t you be less vocal?” Well, here is my answer to that… my posts are not just my opinions, but my experiences and my beliefs. I sometimes use mockery to make points and I’ve been wrong on occasion, but I also accept corrections and acknowledge my mistakes when I make them. Sometimes, I am told, I offend others with my bluntness, but I must stand up for what believe? I don’t care about hurt feelings, I care about what I feel to be right and this green energy push is completely wrong.

National politics start at the local level! So, when fuel is up to $5.00 a gallon, your utility bills also swell to support green energy politics and subsidies. If you’re angry about it and what Joe Biden is doing, call your local elected officials and ask them what they exactly they are doing about it. Have they taken positions, written letters or demanded a meeting with their Congressman?

Or, have they signed onto the foolishness by gathering around a new EV charging station, built with taxpayers funds, that no one uses other than the already rich (and also subsidized) Tesla owner who visits on weekends and wants to be able to charge it up while he’s patronizing his favorite restaurant and lecturing the locals on green energy?