[Editor’s Note: Green energy scams are about money and power for elites as those infatuated with the idea and acting out as corporatist shills put millions at risk of death.]

An Arctic bomb cyclone dropped a sudden chill on the U.S., delivering the coldest Christmas in decades. The nationwide death toll was reported to be more than 60, with at least half of the fatalities in upstate New York. Some of the dead did not have heating.

Power outages put millions of lives at risk, when utilities experienced a sharp surge in demand that couldn’t be met. One of the reasons why utilities have become increasingly ineffective at coping with adverse winter conditions is their adoption of wind and solar as major energy sources. 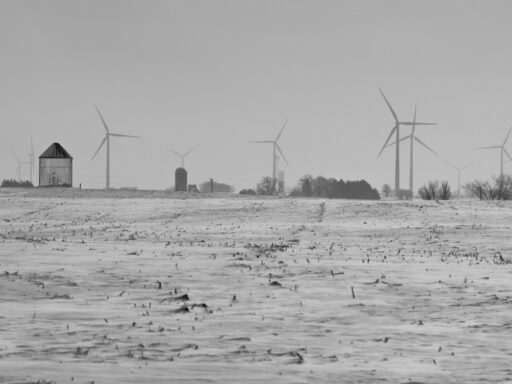 Wind and solar are notorious for their intermittency – able to produce electricity less than 40 percent of the time – and often fail completely in winter storms. Many utilities could have been better prepared to handle the demand if they had not been investing time and energy in so-called renewables.

With many, if not most, utilities embracing “green” policies, their shift from more reliable and affordable conventional energy sources to wind and solar has undermined the resiliency of the power grid.

On the morning of December 26, wind provided around one percent of all electricity generated in the 13 mid-Atlantic states and Washington DC. Solar provided even less. In other words, 13 states were left dealing with intense cold with virtually no help from “planet-saving” renewable energy sources. Perhaps the “renewable” descriptor should be replaced with “absent.”

In Texas, the U.S. Energy Department declared a power emergency due to a shortage of electricity. This is the second time in as many years that Texas faced this situation. In 2021, Texas suffered $130 billion in economic damage and more than 200 lives lost when wind turbines failed during a winter storm.

Unfortunately, neither Texas nor the federal government learned anything from the 2021 disaster as investment continued into less reliable wind and solar. In 2021, Texas installed more renewables than California. ERCOT – operator of the electrical grid that carries 90 percent of Texas’s load – has been replacing coal with wind turbines.

It is estimated that Texas has invested more than $70 billion in renewable energy sources – $60 billion as private capital in wind and solar facilities and $10 billion in transmission lines. During the 2021 winter storm, “all that investment produced on average 10 percent of the state’s electricity during the storm and only two percent at the height of the storm.”

Inevitably, when a cold front hits, ERCOT resorts to conventional sources – like much maligned coal – to make up for the loss of generation from wind and solar. On December 23, solar and wind contributed less than five percent of all electricity generated by ERCOT despite the billions spent on them. In comparison, fossil fuels generated more than 85 percent of the state’s electricity.

In the Volunteer State, the Tennessee Valley Authority (TVA) announced rolling blackouts to manage a shortage in power generation. The announcement, which was a first in its 89-year history, was a U-turn from TVA’s 2021 statement that “rolling blackouts would be unlikely.” Blackouts left more than 50,000 customers without power in freezing conditions! Adding insult to injury, the Tennessee Titans professional football team delayed the start of its game to accommodate the power failure.

It is a fact that “increases in electricity and natural gas prices lead to more winter deaths.” The probability is greater with blackouts. Wind and solar let the people of the U.S. down when electricity was desperately needed.

Many experts recommend against grids being highly dependent on “green energy.” In her book, “Shorting the Grid: The Hidden Fragility of Our Electric Grid,” Meredith Angwin writes that renewable-mandate laws that have forced utilities toward wind and solar “will not succeed in making grids that are 100 percent renewable. However, such laws will succeed in making the grid more fragile and expensive.” It appears they have done so.

The mad infatuation with wind turbines and solar panels must end lest we continue to put millions at risk of freezing to death in their homes.

This commentary was first published at American Greatness, December 29, 2022, and can be accessed here.