Green Energy Nirvana? Not So Much When It Comes to Trucks!

Green Energy Nirvana? Not So Much When It Comes to Trucks!

[Editor’s Note: Like your truck? Want a green energy truck? Well, you may want to think again. Electric trucks aren’t, as it turns out, that great at doing truck things.]

SCOPE members’ mission is to “protect, restore and expand the gun rights of all New Yorkers,” and many of us own trucks. Most of us, forever, buy trucks for practical reasons, like towing and hauling.  So, I thought many of you would be interested in an article about electric trucks that Elizabeth Puckett wrote in Motorius on July 24  in which she explored an all-electric truck’s usefulness for doing “truck things.” 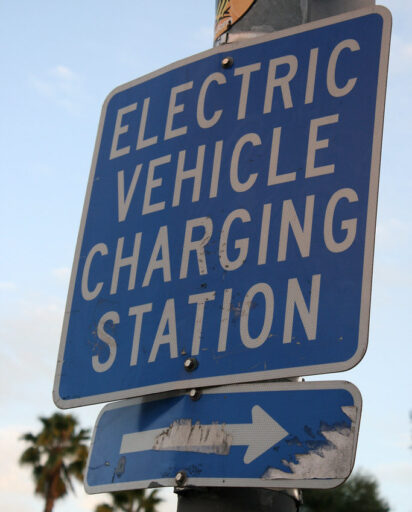 Green energy virtue signaling, but can you run a truck on it?

YouTube channel “The Fast Lane Truck” set up a test. They hitched an empty car carrier to a new GMC Sierra Denali Ultimate Edition and another to a Ford F-150 all-electric Lightning to see how they handled towing a load over long distances.

The all-electric Ford truck started with an estimated range of 282 miles by the onboard computer.  When the trailer specs were added, 282 became 160 estimated miles.  A charging station 147 miles away was on the adjusted plan but battery depletion forced a diversion to a charging station at 102 miles.  But…the Lightning couldn’t make it…so the driver headed back to a nearer charging station, arriving with 9 percent charge left.

With the trailer specs included and its 24-gallon tank, the Sierra’s computer estimated 264 miles. The GMC did fine and when the Lightning turned around, the Sierra went back to the starting point – without stopping to refuel.

Another unadvertised issue with all-electric trucks: most public chargers are set up in a regular parking stall. Charging one with a trailer hitched is a problem.  The Ford Lightning had to park the truck and trailer across multiple charging station spots to plug in, making those in line behind it very unhappy.  Luckily, true believers in green energy would make any sacrifice for the Holy Grail of green energy, so I’m sure the air was not blue at the charging station.

Speaking of trillion dollar hiccups in our green energy future:

Electric vehicles require twice as much copper as gas vehicles and solar and off shore wind need two times and five times more copper, per megawatt of installed capacity, than power generated using natural gas or coal.  (And, green energy rarely works at capacity.)  Then, there is the problem of rewiring homes, which requires…more copper wire.  That electrical transmission used to be called infrastructure before social programs became infrastructure.

So, what’s the problem?

CNBC – of all people – in a report by Pippa Stevens on July 16, said a study done by S&P Global forecasts copper demand will nearly double to 50 million metric tons by 2035. Unfortunately, S&P Global also forecasts that if production continues largely as is, there will be an annual supply shortfall of almost 10 million metric tons in 2035. A more optimistic scenario in which mines increase utilization and ramp up recycling, the copper market will still be in a deficit for most of the 2030s.  When demand exceeds supply, you may be familiar with current result: inflation.

While the ever-woke, green energy driven Biden administration has been doing everything it can to increase illegal immigration and increase inflation, China has been focusing on increasing its supply chain of copper.  The U.S.A….not so much.   Domestic copper production “has gone down by almost half in the last quarter century,” per S&P Global.  Oops, again.

In a study by the Committee to Unleash Prosperity, 62% of Biden’s top 68 political appointees and staffers “who deal with economic policy, regulation, commerce, energy and finance have virtually no business experience.”  Only one out of eight Biden officials has what the authors deem “extensive business experience.”

But don’t worry, Joe Biden has Pete Buttigieg to go to for advice on supply chain problems.  Oops, Oops, Oops!

Editor’s Note: It turns out electric buses buses have issues, too.