[Editor’s Note: Green wishing has devolved into green washing and green hushing because the damned thing just won’t fly and companies told to pretend it does have to just lie.]

Face it: There are just not that many who buy into climate alarmism, even those at firms pressured by activist bullies. Sure, it is politically correct grist during the workday. But off the clock, in one’s heart-of-hearts, climate fear is a political issue, not an “existential threat to humanity,” as Joe Biden’s teleprompter says.

Woke businesses, the virtue signalers, have created a problem for themselves. By just going along, and pretending to buy into the alarmist narrative, they have not appeased their enemies but made promises and raised expectations. They greenwashed. And now that energy reality has hit (energy density rules, as in fossil fuel reliance), the firms are quietly backtracking or trying to find a middle way (Shell’s ‘rational middle’ campaign). 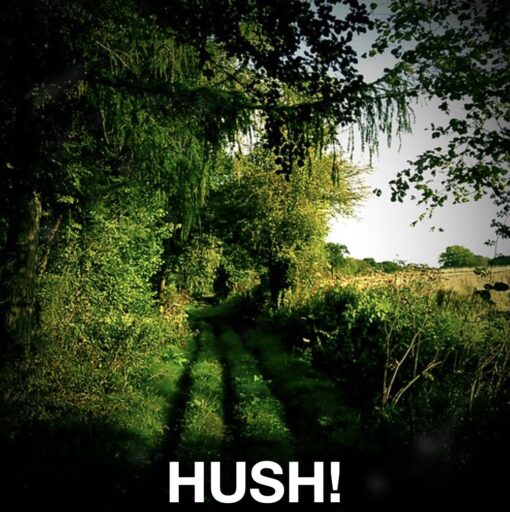 Lawsuits against “greenwashing” are greeting companies that promised the most, such as Shell by ClientEarth. And uncovered emails at some of the oil majors indicate as much. It a ruse that could have been avoided by firms being truthful and intellectually courageous by taking the moral high ground on the connection between fossil fuels and human betterment.

This is now a recognized problem, with the Statists facing a new problem to join green washing: green hushing. Anastasia Moloney, in “Is Green-hushing the New Greenwashing?” (Context: October 26, 2022), writes:

As COP27 draws near, some firms are choosing not to talk about their green targets, climate researchers say. What are the risks?

Companies that tout or exaggerate their environmentally friendly credentials are often accused of “greenwashing”, but now a more subtle phenomenon – “green-hushing” – is emerging, climate researchers say.

As policymakers and activists turn their attention to November’s COP27 U.N. climate conference in Egypt, they say some firms are deliberately downplaying and underreporting, or even keeping silent, about their emissions and carbon-offsetting targets.

Here’s a look at companies’ motives for staying hushed and the possible implications:

Coined by academics in 2008, the term refers to businesses and organizations that opt to stay quiet about their climate strategies because they fear being called out for greenwashing, or named and shamed if they fall short.

“(It) has its roots in greenwashing in that it is the fear of being accused of greenwashing by activists that drives companies to remain silent, despite actually being engaged in Corporate Social Responsibility (CSR),” according to research published by The Journal of Travel Research in 2020 that looked at green-hushing in the tourism sector.

Fear of bad publicity and a backlash from consumers saying a company and its brand is not as green as it says it is, means some companies are reluctant to disclose their climate commitments to avoid any such negative attention.

“Increased scrutiny by the media, NGOs, the public, and consumer and market authorities may have made companies more wary than ever about communicating their targets,” Renat Heuberger, chief executive and co-founder of South Pole, a Swiss-based climate consultancy and carbon offsets developer, told Context.

She asks: is green-hushing on the rise?

According to a report published this month by South Pole, some companies, including from the tech, finance, and engineering sectors, prefer not to disclose and draw attention to their achievements or milestones on climate action.

It found that nearly one in four of the 1,200 large, private companies from 12 countries that it surveyed have set net-zero targets but have decided not to publicize their progress.

“Companies are hesitant to over-promise publicly on what they can deliver,” the report said.

Such green-hushing is happening even as a majority of companies spend more money on meeting their climate commitments, the report said. Nearly three-quarters of the businesses surveyed are investing more – not less – to achieve their targets, it found.

“This is a concerning trend, as less public-facing communication makes targets harder to scrutinize and limits knowledge-sharing,” the report said.

The stigma of being labelled a greenwasher by climate activists or consumers who are demanding greener products and businesses is their principal motive, but they may also fear failure, said Heuberger.

“For example, one in three (29%) of all the companies we surveyed said that delivering their net-zero target has been ‘more difficult than expected’ over the past year,” he said.

Fear of litigation may be also deterring some companies from talking about their climate targets altogether.

One in five of the world’s 2,000 largest publicly listed companies have now committed to a “net-zero” emissions target within the next 20 to 30 years to help tackle climate change, according to UK-based Energy and Climate Intelligence Unit (ECIU) and Oxford Net Zero.

But a growing number of lawsuits are being filed by environmental groups alleging statements made by companies about being “clean,” “green” or “sustainable” are deceptive.

“The rise of climate litigation is becoming more of a concern,” said Heuberger, adding that the survey showed respondents from France were among the most likely to not publicize their science-based targets.

France is one of the few countries that has explicit regulation in place on corporate climate claims, he added.

In contrast, Singapore-based companies were the most open to publicizing their reduction targets.

Fear among corporate firms of being called out on misleading and or exaggerated environmental and sustainability claims is growing as regulators clamp down and hold companies to account over greenwashing.

ASA told the bank to ensure that future advertisements do not “omit material information about its contribution to carbon dioxide and greenhouse-gas emissions”, ASA said in a ruling.

This week, Britain’s financial watchdog also proposed new rules from 2024 for investment funds and their managers to prevent consumers being misled by greenwashing.

And earlier this month, Canada’s Competition Bureau, a federal law enforcement body, said it had launched an investigation into Royal Bank of Canada over allegations that the country’s largest lender had misled customers on its commitments regarding climate action.

In another case, German and U.S. officials are investigating reports and a whistleblower’s allegations that DWS, a top German asset manager, exaggerated the green credentials of its funds and investments, prompting a lawsuit by a German consumer group.

DWS has repeatedly denied that it misled investors.

Greenwashing has company. Greenhushing and, think magical thinking, Greenwishing. The best way to make all three go away is to dial back the anti-CO2 crusade. Consumers matter. Taxpayers matter. Freedom from Big Brother government matters.