Green Hydrogen Is A Dumb Idea If There Ever Was One!

Green Hydrogen Is A Dumb Idea If There Ever Was One!

Green hydrogen is part of the big green experiment about which there ought to be plenty of skepticism, as the idea just does not make much sense at all.

As I have note here more than once, one of my favorite websites to visit every day is JoNova, an Australian blog that covers a wide array of subjects from Aussie energy to science to American politics, with a lot in-between. It’s often cynical about the direction of the world and as I’ve gotten older I’ve come to appreciate cynicism as a feature rather than a bug, because it is cynicism that keeps us from even worse disasters than the ones we’ve self-inflicted over the years pursuing utopian experiments that ended in one apocalypse after another.

We are always in the midst of at least one such experiment and today it is the green one, which, of course is wrapped in a big red “Great Reset” ribbon. Green hydrogen is one of the key elements of the experiment and a recent post at JoNova suggests it will end like the rest.

The post, written by a fellow named Mark Lawson, examines green hydrogen and finds it a rather dum idea. Here are some key excerpts:

If we had to hand out awards for the worst idea among all the proposals for generating and storing “clean” energy, then the large-scale use of hydrogen as a sort of alternative to LNG would be a major contender for the top prize.

The very concept of using hydrogen as a means of storing power from countless “pie in the sky” solar, wind and photovoltaic projects has a major, obvious flaw which the many very smart, driven individuals involved in the area (mining billionaires come to mind) have apparently failed to spot…

Hydrogen is currently used as a feedstock for many industrial processes such as treating metals, producing fertilizer, and processing foods. Petroleum refineries use hydrogen to lower the sulphur content of fuels. Almost all of that commercial hydrogen comes from the traditional extraction method relying on steam and natural gas. And for good reason – this is by far the cheapest way of extracting hydrogen.

Proponents of renewable energy, however, now want to build hectares upon hectares of wind farms and solar energy generators to make hydrogen by passing an electric current through water. This involves putting two bare ends of a wire attached to a power source into the liquid. Hydrogen bubbles off the wire plugged into the negative side of the source, or cathode, and oxygen comes off the positive or anode wire.

The idea is to store this hydrogen in some way, preferably in liquid form like LNG, then ship it off to where it is needed as a replacement for fossil fuels in applications such as creating steel, generating electricity, powering electric vehicles, shipping and aviation…

Should this hydrogen market come into existence vast amounts of hydrogen would be required but, as was not mentioned prominently in the Finkel report, the process of making, condensing and shipping hydrogen is known to be technical challenging and wasteful.

…converting energy to hydrogen, shipping it to where it is needed and then converting back into energy could consume 70 per cent of the energy generated. Michael Liebreich, a senior contributor to BloombergNEF (new energy finance) wrote in 2020 that as an energy storage medium, hydrogen has only a 50 per cent round-trip efficiency – far worse than batteries. He estimated that hydrogen-powered fuel cells, turbines and engines are only 60 per cent efficient – far worse than electric motors – and far more complex. As a source of heat, hydrogen costs four times as much as natural gas. As a way of transporting energy, hydrogen pipelines cost three times as much as power lines, and ships and trucks are even worse, he says.

Another factor that is particularly significant in Australia is the need for large quantities of very clean water for the process. This may not be an issue for the small pilot projects that will be funded by government grants, but it will probably preclude large-scale commercial production…

As noted, Hydrogen has been produced on a large scale for some time, albeit from steam and methane, but the bulk of it is consumed on the spot. Up to the 1960s hydrogen was also used in town gas pipelines, usually contributing around 10 per cent of the mixture in a still mainly methane system. This became uneconomic with the advent of the large-scale LNG industry.

Unlike LNG, hydrogen presents considerable difficulties in its storage and use. It is a much smaller molecule than methane, so seals and pipes that would comfortably prevent methane leakage do not keep hydrogen in. The liquification temperature for hydrogen is much lower than that of methane, specifically minus 253 degrees centigrade or just 14 degrees above what physicists call absolute zero – you can’t get any colder – and so requires considerably more energy to achieve and maintain. The alternative is to store the gas under very high pressures.

This leads to the problem of safety. Without getting into technical details, hydrogen has different burning and explosive properties to that of LNG and, as noted, a greater tendency to leak.

It is a far more dangerous substance than LNG. History buffs will recall the explosion and fire that destroyed the German airship the Hindenburg in 1937, which used hydrogen to stay afloat. The technology of airships was abandoned after that but the few such aircraft still in service use helium rather than hydrogen to stay aloft. At the very least, major hydrogen systems will require a stringent set of safety rules and procedures which may have to be learned the hard way. 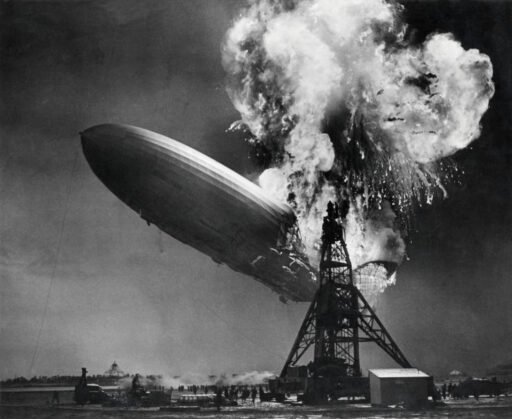 Then there is the problem that switching to hydrogen is not just about slapping a hydrogen tank on an existing engine or using existing pipelines. Everything will have to be redesigned and rebuilt, all at eye-watering cost.

Faced with these inconvenient facts, activists offer counterarguments that range from the feeble to the ridiculous…

To judge by the large amount of nonsense spoken and written about its use, the main value of hydrogen is not commercial at all. The gas’s main value has been to provide comfort to activists. It is one of the many fantasy stories they tell themselves in the expectation of some day reaching green nirvana, somewhere over the rainbow. It is about as much use as any other fantasy story.

These insights and others offered in the post make it well worth reading in full. And, while I’m not opposed to hydrogen for use in fuel cells or even the development of other new technology that takes advantage of its inherent energy storage capacity, it is able hydrogen, not green hydrogen, that makes sense because it’s far more efficient and doesn’t require the same amount of water. And, safety cannot be dismissed as a factor when it comes to transporting and using the stuff. The Hindenburg disaster, after all, wasn’t the first. Before that was the Roma in 1922. Two warnings ought to be enough to tell us to be very, very careful.