Green Jobs Are A Myth: A Myth Intended to Distract Attention

[Editor’s Note: Duggan Flanakin has uncovered the clever myths and phony math of the “green jobs” con artistry. He completely lays it out here.]

“Fool me once,” Stephen King wrote, “shame on you. Fool me twice, shame on me. Fool me three times, shame on both of us.” His adage certainly applies to the myth (and fake math) of green jobs.

During the 2020 election campaign, Joe Biden asserted that more than 3 million Americans are already “employed in the clean energy economy.” He then boasted that, “if executed strategically, our response to climate change can create more than 10 million well-paying jobs in the United States that will grow a stronger, more inclusive middle class … and not just in cities along the coasts.” 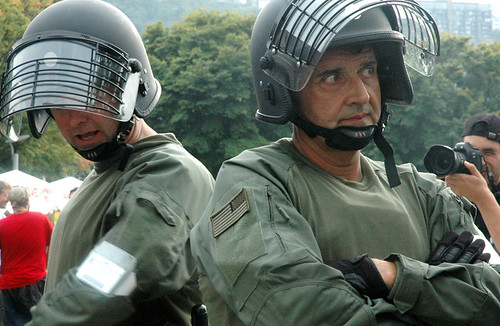 Green jobs rally participants at Pittsburgh G20 Summit. Are these the green jobs the protestors are talking about? If so, they do not look happy about them.

That would make Joe twice as boastful as his former boss, who promised the 2009 $787 billion stimulus package would create “over five million” green jobs. Four years later, the Brookings Institution reported that, “of the nearly 2.7 million ‘green jobs’ [the Obama-Biden Administration] identifies, most were bus drivers, sewage workers and other types of work that don’t fit the ‘green jobs of the future’” description.

Energy analyst David Blackmon later reported that Obama’s own Department of Labor acknowledged the initial failure to launch. DOL’s September 2011 report, “Recovery Act: Slow pace placing workers into jobs jeopardizes employment goals of the Green Jobs Program,” noted that only a third of the allocated funding had been spent; a fifth of the “degrees” and “certifications” went to people with a single day of training; and half of the “graduates” had five or fewer days of training. Just 2% of program participants held their jobs for at least six months.

The Bureau of Labor Statistics counted oil industry lobbyists as holding “green” jobs! The septic tank and portable toilet servicing industry had 33 times more “green” jobs than solar electric utilities. The BLS had to admit in a June 2012 report, “Green Technologies and Practices – August 2011,” that they could identify only 854,700 “green” jobs, including janitors and cleaners.

What a sham! Shame on them for trying to con us.

David Kreutzer pointed out in a Heritage Foundation report that steel workers had the most “green” industrial jobs. Why? Most U.S. steel is recycled scrap, and some steel gets used in making wind turbines. The next largest groups were bus drivers, waste collectors and used-merchandise store employees – followed finally by engineering and architectural services. The much hated nuclear industry accounted for over 80% of the 44,000 “green” electric utility jobs. There were five times as many “green” jobs in social advocacy (environmentalist group lobbyists) as in renewable electric power.

In January, the Associated Press reported on “Biden’s fuzzy math” regarding his claim of creating 1 million new auto industry jobs – even if he actually replaces the 650,000-government vehicle fleet with electric cars and installs 500,000 new EV charging stations – all at taxpayer expense. Theoretically, a huge government buying program will lower EV costs, and the myriad of charging stations will lessen fears of being stuck in a hurricane evacuation in a vehicle you cannot quickly gas up. Theoretically.

But hold on! Every electric vehicle job will likely come at the expense of a gasoline-engine vehicle job, and every EV charging station will diminish jobs in pipeline, refining, gasoline retail, gasoline delivery, and other sectors. The AP story adds that industry analysts and the United Auto Workers union agree that EV manufacturing will likely mean fewer automotive jobs. One reason is that EVs have far fewer parts and are simpler to build, thus require fewer workers, and often just need a new $6,000 battery module. Another is that battery manufacturing is easily automated. But that is hardly the whole story.

Back in 2019, while losing over a fifth of its U.S. market share of sales over a 3-year period, General Motors admitted it already employed more non-union auto workers in China than union workers in the USA. The harsh reality is that there are 10 times more electric vehicle battery manufacturing facilities in Asia than in all of North America. Maybe Jinping Joe Biden is talking about the number of Chinese “green” jobs. Especially child and near-slave labor in China’s mines and processing plants.

Electric vehicles are just part of the Green New Biden Deal. Surrendering our economy to the Paris climate accords and its draconian environmental restraints is another. Abandoning oil, gas and coal – and very likely nuclear energy – and all the jobs those industries create is a third. Mr. Biden is merely following Germany and other European Union countries down the primrose path to economic suicide.

According to Deutsche Bank, climate policy regulation of Germany’s automotive sector is triggering “the biggest structural break in the industry in decades.” A bank report explains that strict carbon dioxide limits for new passenger cars in the EU for 2021 and 2030 are forcing manufacturers to prematurely switch to higher cost electric vehicles. The resultant price increases, the bank predicts, will have a very negative effect on future employment in the Germany auto industry.

One reason is that the EU’s CO2 limits for passenger cars and subsidies for electric vehicles are “extremely inefficient [expensive] and hardly effective instruments” to achieve emission reduction in the transport sector. While government incentives and mandates may push people toward buying government-favored vehicles, radical climate and energy policies decrease investment in energy-intensive sectors such as metals and chemicals. This will further increase the cost of new German cars.

Despite the push for green energy and electric vehicles, the German Trade Union Association reports that the number of “green” jobs in the German renewables sector had fallen from 300,000 in 2011 to just 150,000 in 2018. Many of these lost jobs were due to the collapse of Germany’s solar power industry, as companies were forced out of business by Chinese manufacturers that undercut German prices – and had much easier access to raw materials.

The turbines and panels are installed in forests, grasslands, farmlands and coastal areas, where they destroy scenic vistas and wildlife habitats. Turbine blades kill endangered birds and bats.

The result of this save-the-planet zeal? Germany has a burgeoning 17% poverty rate, thanks largely to its shutdown of reliable nuclear and fossil fuel power plants and the resultant skyrocketing electricity prices for homes, factories, businesses and hospitals over the past 15 years.

Back in the USA, California operates the world’s fifth largest economy by importing most of its crude oil from overseas (despite massive in-state reserves) and a third of its electricity from other states (also for political expediency). As a result, Californians now pay 60% more than the national average for residential, commercial and industrial electricity, while enduring frequent rolling blackouts due to pricey weather-dependent energy and pathetic forest management. People and industries are fleeing the state.

And Team Biden-Harris (Harris-Biden?) wants to turn the rest of the United States into California!

Editor’s Note: Green jobs were a fascination in 2009 and John Stossel pointed out the fallacies then, too. His message is, as it turns out, timeless.